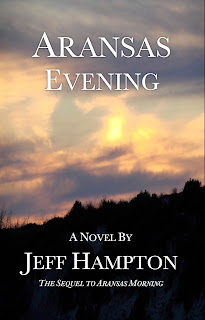 Life in Port Aransas was looking breezy and bright for Sam and his friends at the Dream Bean coffee shop. Shelly and Dave were talking marriage, Allie and Bo were tightening their family ties, and Sam was welcoming newcomers to town and falling for a new singer at the Sea Garden. But storms are never far away on the Texas Gulf Coast, and there would be none more destructive than Hurricane Harvey. Would Sam and his friends survive Harvey’s awful fury? And would life in Port Aransas ever be the same again? Find out in Aransas Evening, the sequel to Aransas Morning by Jeff Hampton. 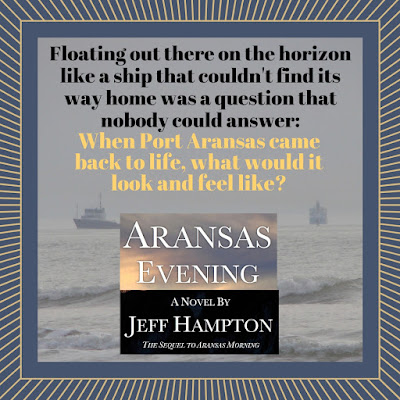 PRAISE FOR THE ARANSAS SERIES:
-    “Hampton’s characters pulled me in; hook, line, and sinker.”
-    “The pace of the book is slow and easy, and I slipped into its rhythm like the ebb and flow of the water lapping against the shoreline.”
-    “A lovely story about community, and how family isn’t always the one you are born into.


-    “Isak Dinesen once wrote, ‘The cure for anything is salt water: sweat, tears, or the sea.’  Jeff Hampton has illustrated that with grace, elegance, and excellent coffee.” 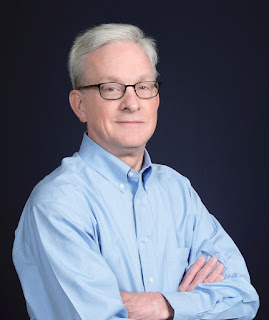 Jeff Hampton has based his life and career in Texas writing for newspapers, magazines, businesses, and institutions. His interest in observing the people around him has led him to write essays, short stories, and novels that explore relationships and communities in their many forms. Aransas Evening is his sixth book, following Aransas Morning, Grandpa Jack, Jonah Prophet, When the Light Returned to Main Street, and The Snowman Uprising on Hickory Lane. 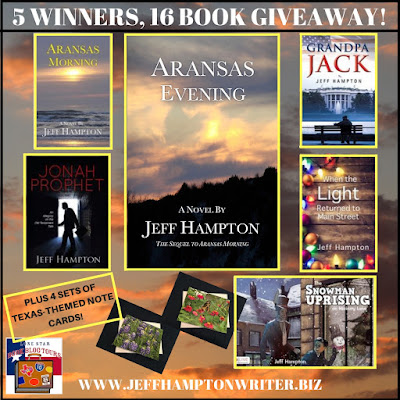 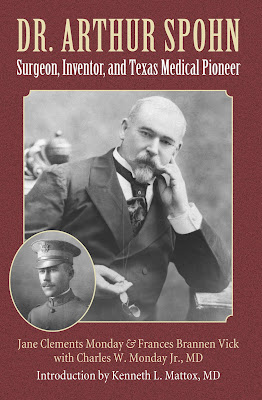 Arthur Spohn was unusually innovative for the time and exceptionally dedicated to improving medical care. Among his many surgical innovations was the development of a specialized tourniquet for “bloodless operations” that was later adopted as a field instrument by militaries throughout the world. To this day, he holds the world record for the removal of the largest tumor—328 pounds—from a patient who fully recovered.

Recognizing the need for modern medical care in South Texas, Spohn, with the help of Alice King, raised funds to open the first hospital in Corpus Christi. Today, his name and institutional legacy live on in the region through the Christus Spohn Health System, the largest hospital system in South Texas. This biography of a medical pioneer recreates for readers the medical, regional, and family worlds in which Spohn moved, making it an important contribution not only to the history of South Texas but also to the history of modern medicine.


PRAISE FOR DR. ARTHUR SPOHN:
The chapters in the book are mesmerizing...the photographs in the book are priceless and probably cannot be seen by the general public except in this book. This is much more than a biography of Dr. Spohn and his medical triumphs. It is a book about life in South Texas from 1865 to the 1920s and beyond. Dr. Arthur Edward Spohn was part of that history and his contributions to medicine and the development of South Texas have guaranteed his legacy for years to come. This book is the proof.
-- Dr. Manuel Flores, Texana Reads

This is no dry medical text. Even if you have little interest in the medical field, you'll be astonished at the life of this accomplished physician and surgeon.
-- Allison Ehrlich, Corpus Christi Caller Times

JANE CLEMENTS MONDAY is the author of numerous books and coauthor, with Frances Brannen Vick, of award-winning Petra’s Legacy: The South Texas Ranching Empire of Petra Vela and Mifflin Kenedy and Letters to Alice: Birth of the Kleberg-King Ranch Dynasty. She has served as chair of the Texas State University System Board of Regents and mayor of Huntsville, Texas. She resides in Huntsville.
║ Jane Clements Monday's Amazon Author Page ║ 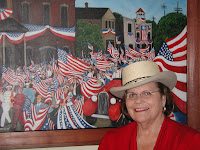 FRANCES BRANNEN VICK is the author or coauthor of numerous books, including Petra’s Legacy and Letters to Alice. She founded E-Heart Press and cofounded the University of North Texas Press. Vick has served as president of the Texas Institute of Letters, the Texas State Historical Association, and the Philosophical Society of Texas. She resides in Dallas.
║ Frances Vick's Amazon Author Page ║ 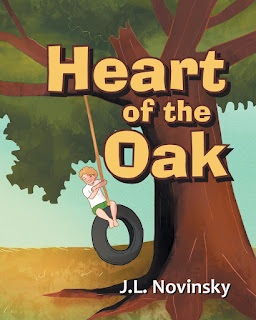 Heart of the Oak is a sweet story of the life of an old oak tree.

He’s old and weathered; his skin is rough and knotty.  But he has memories of joy, of love, and of tragedy.  He has endured many years and felt the sorrow of so much loss.  But his greatest joy is just ahead!

“He spent his days leaning into the warm breezes,
loving the music of the wind.”

HALL WAYS REVIEW: Siiiiiiigh. I love this book so much -- but talk about tugging on the heartstrings. Heart of the Oak by J.L. Novinsky is a beautiful story that touches and teaches about many subjects: the cycle of life, nature and nurturing, and actions and their consequences. It has much to offer to readers of all ages.

I first saw this book at the Fort Worth Book Festival in the fall of 2018, and I remember how the illustrations pulled me into the book. But my being at a book festival was much like a kid being in a candy store, and I didn’t take the time to really read and relish the book. In hindsight, it’s probably good that I didn’t because I would have been a blubbery mess. When I finally did read it, tears welled-up several times as I turned the pages and my heart broke for the poor old oak. By the book’s resolution, the tears spilled over -- this time from the happy, uplifting ending.

When I saw that the publisher was Christian Faith Publishing, I assumed that the book was going to have a religious aspect to it. I was wrong. The book isn’t religious or preachy in any way, though I do see how someone could take his/her own faith and beliefs and transfer them to the story. It is amazing that such a short story can say so many things and mean so many different things to each reader.

“Happiness is fleeting. It can be crushed under
the pitiless boot of tragedy in an instant.”

Author Novinsky successfully incorporates a number of literary devices in her writing and the effect is powerful. For young readers, it could be too intense and emotional, so I’d suggest the book as a read-along for the little ones. With its elevated vocabulary and imagery, the book would be a great resource for educators to use for teaching literary devices and figurative language to older readers. For all readers, Heart of the Oak is a wonderful reading experience that I highly recommend – and I recommend it in print over eBook format because it wasn’t satisfying to hug my iPad.  (The Grammar Policewoman would have issued a minor warning for a few issues, but I told her to buzz-off this time. Nothing was raining on this reading parade.)

Though I bought the eBook myself, thank you to the author for providing me a print copy that I read with absolutely no strings attached. My review is my honest opinion – the only kind I give.

Praise for HEART OF THE OAK from Amazon reviewers!
"Such a great book with a heartfelt story!"

"My children and I LOVE this book. We had a wonderful and insightful conversation after we read it." 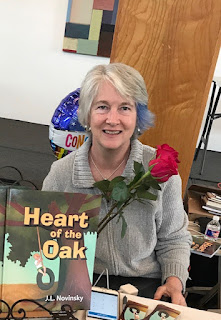 J.L. (Joan) Novinsky was born just outside of Chicago, but she got to Texas as fast as she could! Joan started college at age 55, and while taking a Creative Writing class, she wrote her first story, Heart of the Oak. Joan has now written a second children’s book, Horace and Giselle, available for on-line purchase January 2019. She was married to Bob in 1992, had a son, Stephen, in 1998, then in 2001, she and her husband took on the challenge and excitement of adopting a boy from St. Petersburg, Russia. Andrei joined the family in 2002, and the family resides just north of Dallas with their various and numerous pets. 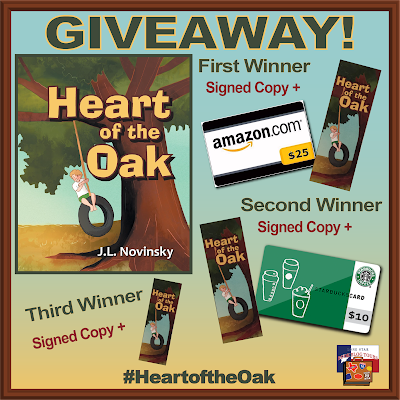