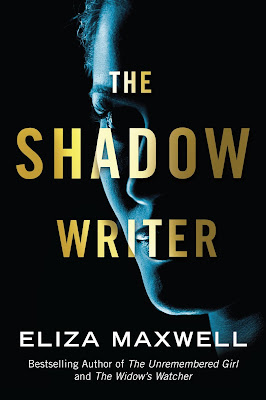 Every writer has a story. Some are deadlier than others.

Aspiring author Graye Templeton will do anything to escape the horrific childhood crime that haunts her. After a life lived in shadows, she’s accepted a new job as protégé to Laura West, influential book blogger and wife of an acclaimed novelist. Laura’s connections could make Graye’s publishing dreams a reality. But there’s more to Laura than meets the eye.

Behind the veneer of a charmed life, Laura’s marriage is collapsing. Her once-lauded husband is descending into alcoholism and ruin and bringing Laura nearer to the edge.


As the two women form a bond that seems meant to be, long-buried secrets claw their way into the present, and the line between friendship and obsession begins to blur, forcing each to decide where her loyalties lie. Running from the past is a dangerous game, and the loser could end up dead. 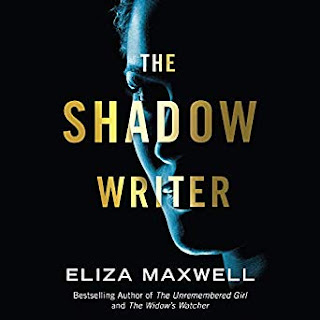 Hall Ways Review: Audio book review.  When I read the book jacket of The Shadow Writer, I let out an audible “oooooh” and knew what I was getting into – a story that would be intriguing, multi-layered, and dark, as I’ve come to expect from Eliza Maxwell. I am happy to say that I am right about my initial appraisal (who doesn’t love being right?). However, a confession is in order: that is about the only thing I got right in reading this book.

“He smells of salt and booze, sweat and inadequacy.”

Talk about your complicated, convoluted, complex characters. Readers are led to make logical assessments of every character based on the parts we see. It’s like looking through a small hole in a fence; we’re given only a limited view of the personalities. There are some shadows looming just outside of our line of sight, and they make us nervous, and by the author’s design, we aren’t allowed to see the whole picture. We make assumptions, (many of mine wrong), and we learn that obsession has many disturbing iterations.

Author Eliza Maxwell is a master at leading readers astray, and I am a sucker for it every single time.  The author wants readers to be as uncomfortable as her characters seem to be and wants us to be wary. Don’t get too close; don’t trust; don’t dare to hope for happy endings. Don’t even get comfortable with the alternating points of view from which The Shadow Writer is told; we have unreliable narrators and then a couple of highly informative and disconcerting bonus POVs scattered among the chapters to keep readers off balance.

“Question everything … But remember—things aren’t
always what they seem. Trust no one.”

I had to include this quote because it’s from a scene with a murder mystery dinner. The double entendre isn’t lost, and the irony of the sub-setting of the murder mystery within the bigger story is almost stressful for the reader. There are twists and turns and stories inside of stories, and I found myself exhausted by furiously trying to figure out what was coming. I failed and failed and failed and finally, I gave up and just allowed the deliciously disturbing stories in The Shadow Writer to unfold. Save yourself the trouble and let the plots wash over you.

In a cast full of unreliable and unbalanced characters, no reader wants to make a connection. We prefer to sit comfortably at a distance from those people. Those not like us people. But Eliza Maxwell’s story reads like messed-up truth we’d see in the headlines, and she makes it feel real by including lines that, even in the midst of insanity, allow readers to make connections. A few of my favorites:

“I’d never forgive myself for leaving you under-caffeinated.”

“Bad coffee she can live with, but bad cold coffee
is one insult too many.”

“It’s my absolute pleasure to have the honor of working
around books, and by extension their authors.
It turns out you’re as lovely as the words
you write and the stories you create.”

“The more a person talks, the less they have to say.”

In reading The Shadow Writer, the only predictable aspect is that it’s unpredictable – that’s how author Eliza Maxwell rolls, and I will go along for the ride any time.

ABOUT THE NARRATION: I cannot sing high enough praises for the masterful performance of narrator Karissa Vacker.   AMAZING narration, pacing on point, and Vacker nails the nuances of each character’s personality – especially that little hint of a mind that’s tinged with something off. Male or female, balanced or unbalanced, creeper or innocent, Vacker does them all with panache.  I listened on CDs, which isn’t my favorite format, but as a glass half full kind of person, it forced me to pause in the story and process what I'd just heard. A warning that on the final CD, when the story ends, it shows three tracks and some twenty-two minutes are still left (there's not). That threw me for a loop (I WASN’T READY FOR IT TO END) and made me panic that I was missing something.

Thank you to the author and Lone Star Book Blog Tours for providing me Audio CDs in exchange for my honest opinion – the only kind I give. 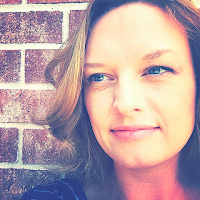 Eliza Maxwell lives in Texas with her ever-patient husband and two kids. She's an artist and writer, an introvert, and a British cop drama addict. She loves nothing more than to hear from readers. 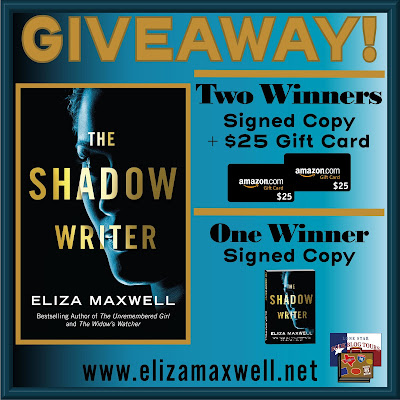 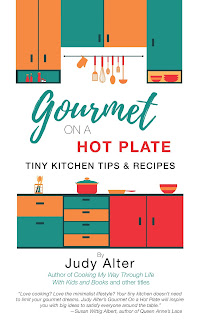 Gourmet on a Hot Plate is a collection of recipes and kitchen tips compiled after living for some time in a 600-square-foot cottage, with a tiny kitchen, no stove, no dishwasher, and barely any counter space. Given these limitations, Judy Alter developed a new approach to food, one that let her get in touch with the food itself. She does not have an Insta-Pot, an air-fryer, or a microwave. Her recipes call for using either a magnetic induction hot plate or a toaster oven. In the introduction, she explains her choices for making the best use of her tiny space.

The collection begins with appetizers because that’s where Alter began her new cooking adventure. Gradually she branched out to main dishes, light suppers, soups and salads, and vegetable side dishes. Most recipes serve two or three. There’s a suggested list of cooking tools along with lists of what to keep on hand in your tiny pantry, your refrigerator, and your freezer, and a small section on condiments and cooking hints.

These pages will guide you to making your own spaghetti sauce—or brightening up a jar of prepared sauce—to making last-minute casseroles and simmer-all-day soups. Want Stroganoff but can’t afford the expensive beef? Alter shows you how to make it with hamburger. Love tuna? She’s got recipes for you. Sections on pasta, eggs, and appetizer trays offer practical and helpful choices for casual entertaining.

Above all, this is a practical guide for cooking with joy when you find yourself in a tiny space.

PRAISE FOR GOURMET ON A HOT PLATE:

Love cooking? Love the minimalist lifestyle? Your tiny kitchen doesn’t need to limit your gourmet dreams. Judy Alter’s Gourmet On a Hot Plate will inspire you with big ideas to satisfy everyone around the table. — Susan Wittig Albert, author of Queen Anne’s Lace

Whether you cook on a hot plate or have access to a full kitchen, this gem of a cookbook contains great recipes for those of us who cook for one. – T.R. Thompson 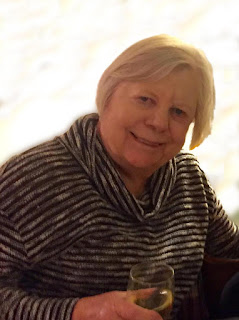 Without formal culinary training, Judy Alter has cooked her way through life, feeding family and friends at everything from casual dinners al fresco to elaborate meals for twenty. An award-winning author and publisher, she jokes she’ll come back in another life as a chef.

Today Alter finds herself cooking in a four-by-six kitchen where zoning laws forbid built-ins but allow anything that plugs in. So she cooks with a hot plate, toaster oven, and a large refrigerator/freezer. Given these limitations, she has developed a new approach to food, one that she says lets her get in touch with the food itself. By choice, she does not have an Insta-Pot, an air-fryer, a microwave. Her menu choices are dictated by her cooking facilities—and she loves it.

She shares her tiny kitchen tips and recipes, developed over the past couple of years, in Gourmet on a Hot Plate. Alter is the author of three previous cookbooks: Cooking My Way through Life with Kids and Books, Texas is Chili Country, and Extraordinary Texas Chefs,and a contributor to Bake, Love, Write and We’d Rather Be Writing. Her recipe for Doris’ Casserole has been included in so many books it’s almost an American classic by now.

Be part of her ongoing cooking adventure at the Gourmet on a Hot Plate blog, where she encourages discussion and welcomes recipes, comments, and questions. 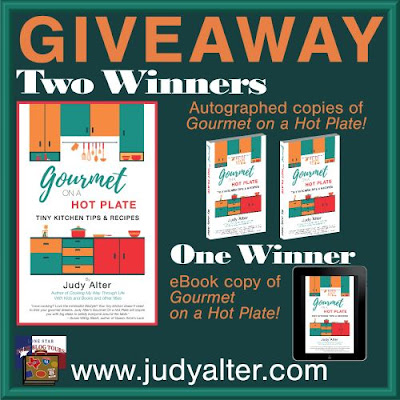