POP-UP GIVEAWAY! Leave a comment on this post, and IndieRoseBooks will choose a random winner to get a free audio book, eBook, or App download!
App Store Blurb:
A hand-crafted, fine arts interactive storybook for kids of all ages.

Fly to the stars in your very own rocket ship. Wave at the mean, green Martians. Picnic with Moon Men. Play tag with the comets. Win a blue ribbon space race.

Zwoosh! is visually SUPER appealing with every inch of the screen/page beautifully covered with rich color and texture. Along with a constant outer-spacey-sounding soundtrack, this interactive book app is fun, but it is soothing and not stimulating for those who are okay with electronics at bedtime.  Author Marie Rose is also the narrator, and her pace and tone are just perfect.  Rose didn't necessarily read the sentences as they were punctuated, but I don't think any kids would care.


Readers will enjoy that there are no advertisements -- this is just a straight interactive storybook. The information presented is a mix of fact and fiction, so it's best that a parent is there to make the distinction.  Some of the interactive portions are more obvious than others, so kids will have to do a little searching to find the action or sound responses. (Some actions are repeatable, while others are one time hits - personally wish all were repeatable without having to back out of the page and reload.)  It's not overly complicated, and though the recommended age range is ages 6-8,  it's possibly too simple for kids much older than kindergarten age.  I haven't seen the book, but based on the App, I think it would make a nice companion and would appeal to the older end of the recommended age range.

Thank you to Words Turn Me On Promotional Services for providing me a download of the App in exchange for my honest review -- the only kind I give. 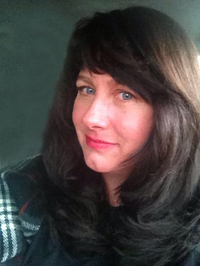 ABOUT THE AUTHOR: Marie Rose holds a Master of Arts degree in Theater from The University of Texas at El Paso. She's an alumna of several super cool entertainment industry programs including The Walt Disney Fellowship in Screenwriting, Producers Guild of America's Diversity Program, and the American Film Institute's Directing Workshop for Women, through which Marie directed Dakota Fanning in her first starring role.

Additionally, she's taught children's theater, is published in children's and women's literature, and is a commercial voice over artist who specializes in audio book narration.

Marie is the owner of Indie Rose Books for Kids, a playground for children's literature of all kinds. When she's not busy daydreaming about the places a child's imagination can go Marie is also an award-winning screenwriter, director, and film producer in Los Angeles, California. Connect with the author: 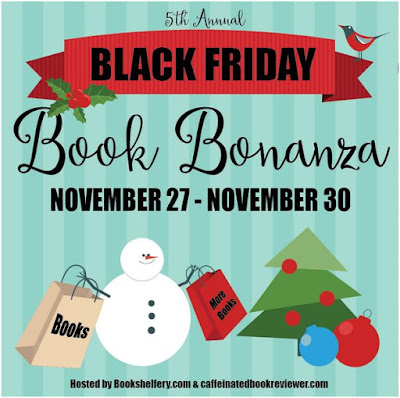 Why brave the masses when you can join me and over SIXTY other bloggers and authors and enter to win something bookish?  Every site on this hop has its own GIVEAWAY where you will have a shot at winning new and new-to-you books, gift cards, book swag, book crafts -- all things bookish!

Start right here with the HALL WAYS GIVEAWAY, then hop around -- all from the comfort of home (and preferably wearing jammies and fuzzy socks).


==>2 WINNERS EACH WILL WIN<==
A $10 AMAZON GIFT CARD plus
A MYSTERY BOOK SELECTION
Choose From: Children's, Middle Grade, Young Adult, Adult, or Variety.
(3-5 books; books may be ARCs or Finals, hardcover or paperback, author signed or not)


**Congratulations to winners Daria and Amber!**
HERE ARE ALL THE FABULOUS PARTICIPANTS: