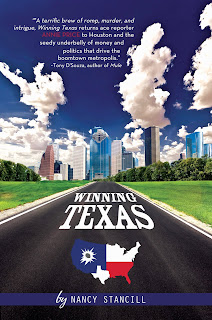 When a female body is found floating in the Houston Ship Channel, Annie Price, an investigative journalist for a struggling Houston newspaper, is propelled into a dangerous web of intrigue. She must solve a complex mystery that includes a corrupt strip club empire, a ruthless human trafficking scheme, and deadly competition between two separatist groups seeking to impose their twisted visions on the Lone Star State. As two murders hit close to home, Annie and a fellow reporter risk death to expose the hidden secrets of a Texas ranch.


“Sex traffickers and guns-for-hire meet in a nefarious plot to see Texas secede and America shaken to its core. Witty, gritty and filled with brilliantly realized characters, this book is a pure delight for lovers of suspense as the ever-dogged Annie Price risks life and limb to uncover the truth.”

Winning Texas is a moody thriller, an ode to people with outsized dreams and the ones they prey on; to those who populate the city by day, and those who rule the night. In the wake of L.A.-noir and Florida glare, Nancy Stancill gives us Bayou City grime. In her pages, Houston seduces and leaves us breathless, begging for more.”

Nancy Stancill “captures a newsroom’s camaraderie and angst . . . while her descriptions of Houston and the whole of Texas make you feel the heat and see its beauty.” 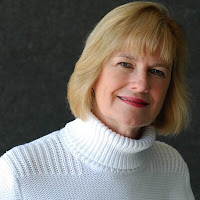 Nancy Stancill spent more than 30 years as a newspaper reporter and editor before she began writing fiction full-time. She was an award-winning investigative reporter at the Houston Chronicle and the Charlotte (N.C.) Observer and worked as a reporter and editor at other newspapers in Texas, Virginia and California. Stancill is a journalism graduate of the University of North Carolina in Chapel Hill and received her master’s in creative writing from the University of Tampa in Florida in 2015.  She and her husband lived in London for three years before moving back to the United States in 2012.  She has a son in Virginia and she lives in Charlotte, N.C. with her husband, Len Norman, and black cat, Spud. Saving Texas was her first novel. Winning Texas is her second. NOTE FROM KRISTINE at HALL WAYS: The content of this promo post was provided by Lone Star Literary Life Blog Tours.  If you're a Texas blogger interested in joining the ranks of Texas Book Blog Tours, contact Kristine via the Contact Form found at the bottom of the Hall Ways blog.
Posted by Kristine at 2:00 AM No comments: