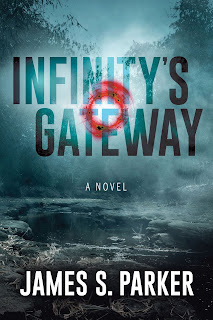 Every year, all across the planet, people simply vanish, completely disappear and are never seen again. Some areas of the world are well known for this phenomenon. Infinity's Gateway opens with a very famous incident that took place just after the end of World War II with the United States Navy. The story then jumps to the present day with an unexplainable event that occurs off the coast of Florida, an event that cannot be ignored by the military.
The Navy ship Eclipse and its crew are sent to investigate, but after several days come up empty. Two days before returning to port, the event reoccurs, and the Eclipse is caught up in something it cannot escape. The Eclipse and its crew suddenly find themselves completely isolated, all communication lost, surrounded by a terribly hostile environment where each day is a struggle to survive. Infinity's Gateway is an intense, action packed story of survival, self-reliance, and discovery.

"Infinity's Gateway is an engaging science fiction thriller with tones of Michael Crichton Tom Clancy.  To fans of the science fiction genre it will feel like an old friend with a surprising, and exciting new makeover."  --Joseph Mauceri, Executive Editor, Fearsmag.com. 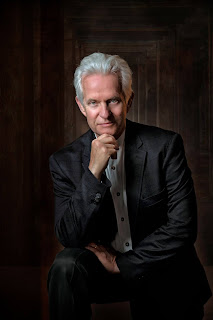 Every now and then author James S. Parker has a vision.  And, when he does, he sees people and places off in the misty distance.  Sometimes these visions are futuristic and filled with danger.  Most often they are mystical, with good and evil and a cast of characters who beautifully represent both.

In his high school years James experienced a spine-tingling brush with the supernatural.  That single event - complete with the sound of heavy footsteps and an invisible visitor - etched forever in his mind the idea that life is much more mysterious than we oftentimes admit -- that the spiritual world is all around us, and that its impact on us cannot be denied.

Though he sees through a glass darkly, he writes as though he has been granted a glimpse into the unknown, one that has informed his novels and their powerful stories of good and evil and the struggles we all face every day to assure that good wins.

Infinity's Gateway, the first book in a fascinating sci-fi adventure trilogy, is his latest work.  James lives in San Antonio, Texas with his wife Margaret. He is available for in-person and online book club visits. 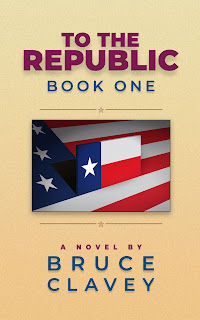 A novel for our times. A saga for the ages.
On the eve of passing landmark immigration legislation, the entire Texas Senate and its native Tejano leader, Diego Reyes, vanish suddenly from Austin. When news of the disappearance hits West Texas, cowboy Del Woodward isn't shocked. He knows exactly where the lawmakers are, but he's not telling. Woody's been down on his luck, and a shady bargain he's made puts him tight in the squeeze of Marcos Cepeda, north Mexico's ruthless drug lord. And Cepeda's furious with this new stall in the bill. It's got a loophole he can exploit to add another quarter million square miles of exclusive turf to his cartel—but that territory goes back up for grabs if leader Reyes can't pass the bill before the Senate session expires in mere days. The brutal kingpin wants what he's bought and compels Woody to step up. How the cowboy swings the vote isn't important to Cepeda, but this sure is: if Woody breathes so much as a word of reluctance, it'll be his last. The prize is Texas, nothing less. It's real, and it's on.
The Republic Series launches from true pages of the Lone Star frontera story into a hauntingly modern arena of trade, trafficking, and tradition on the Rio Grande in To the Republic: BOOK ONE.
An Amazon #1 New Release in History of U.S. Immigration
PURCHASE LINKS:
Author Website     Amazon

Author Bruce Clavey shares the music that inspired (and inspires)

protagonist Delbert Woodward of To the Republic

If Del Woodward doesn't cop to any rhyme or reason in the music he loves, it's because he doesn't see it. Not so for diner patrons who gaze across the table as he flips through jukebox cards and plunks quarters into the box; they just marvel at how his selections thread the cardinal points of the Lone Star musical map. Friends find Woody's Texas in that wide open yonder between Asleep at the Wheel and ZZ Top, LaGrange and Luckenbach, Waylon and Willie.

Woody won't turn off a good country song, but he can tell you the western artists that inspired any of the Billboard greats. If he had to grab one CD on a mad dive from a burning car, it'd be the gunslinging, desert-wandering, bronc-busting ballads of Marty Robbins. Saturday nights now and then, he'll cross into Ojinaga to visit the little taqueria that's roamed by mariachi who serve up melancholic melodies of señoritas refusing to be won. They put Woody in the mind of his Aracely, the Austin woman who stole his heart some years back, only to toss it out the car window. Woody can't say as he's still got her or she's got away; that's a song in itself. But it's the kind of troubles the good Lord and his humble servant, Don Julio, made añejo tequila to help folks sort out. Woody will sip a little in the wee hours when the norteño and sierreño airwaves trickle up from the deep south and into the hiss of his ranch house radio.

So, here's a little lineup of tunes Del Woodward has come by every which a way. Shuffle if you like, but if you leave the deck stacked how it comes, you'll hear what he calls his Dawn-to-Dusk, Day-in-the-Life-Of. Some are gems he first heard in the glory days of K-tel vinyl; others are classics from a handful of artists he's actually been pleased to meet. A few of them he just always seemed to know. Just don't let that classical Rossini composition in slot #2 cross your eyes too bad; over the years, many a dude has unwound his cayuse to the 200-year-old barnbuster.

LISTEN HERE FOR FREE ON SPOTIFY!

(SPOTIFY ACCOUNT REQUIRED TO LISTEN OR REGISTER HERE FOR FREE) 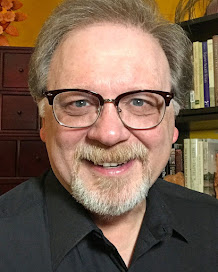 Bruce Clavey of Round Rock, Texas writes with a passion for exploring the Latin heritage tucked in cultural corners throughout Texas, Mexico, and Central America. In 2017, Clavey's research into perspectives on state history led to his onsite rediscovery of the Mexico City dungeon where the colonial "Father of Texas" was imprisoned, documented in his book "The Inquisition of Stephen F. Austin." His interest to illuminate compelling historic junctures brought the creation of several feature dramatizations for state museum in-exhibit performance. Clavey's release of Book One of The Republic Series in 2020 begins the journey of Texas and Mexican characters who confront the pressure points at today's vibrant river border, a land that has functioned for centuries as both international gateway and barrier. 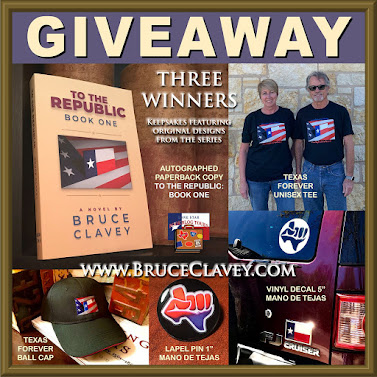 GIVEAWAY
a Rafflecopter giveaway
CLICK TO VISIT THE LONE STAR LITERARY LIFE TOUR PAGE
FOR DIRECT LINKS TO EACH STOP ON THIS TOUR, UPDATED DAILY,

Or visit the blogs directly: 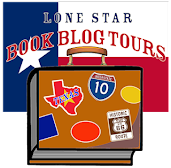