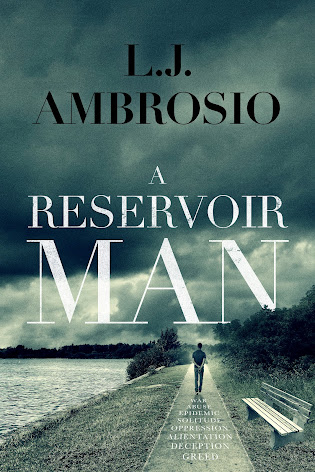 Everywhere Michael turns he sees a Reservoir Man. Michael’s endless trials of survival include sexual assault, The Vietnam War, an arrest in Spain, Hollywood scandal, the AIDS outbreak, 9/11, and beyond.
If only Michael could find the one thing he values most, freedom. Michael’s coming-of-age is tarnished by many but the courage to live his truth may just keep Michael one step ahead...or will he succumb to the embraces of a Reservoir Man?
Buy the Book:
Amazon
BookBub
add to Goodreads 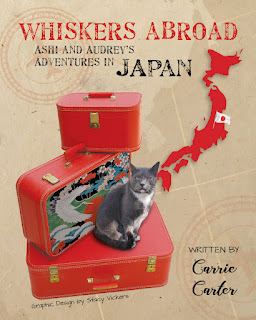 Whiskers Abroad is a lively and charming travelogue featuring a trip to Japan shared by two main characters, Audrey and Ashi, who alternate recounting their versions of events. Audrey, having won the chance to write a magazine article about traveling in Japan, takes along her cat, Ashi. Over the course of a twelve-day trip, the pair visit Tokyo, Wakayama, Shirahama, Kyoto, and Miura Peninsula. Food is of great interest to both, as they sample typical Japanese dishes from ramen to sushi to tuna specialties. They also explore Japanese culture, including food markets, a family farm, temples, and Tokyo nightlife.

Adventures abound, from Audrey losing Ashi in the fish market to Ashi slipping out of the hotel at night to go to a cat café, where he meets an alluring feline. Audrey is still trying to find her place in the universe, while Ashi believes Audrey would sink beneath the waves were he not present to rescue her time and again. Audrey is a dedicated reader of her horoscope, and the prediction for each day offers tantalizing clues as to what’s in store for the pair.

Written by author Carrie Carter and beautifully designed by Stacy Vickers, Whiskers Abroad is both an amusing travel story with unforgettable characters but also a useful guide for tourists going to Japan about such basic travel issues as how to get from the airport to central Tokyo, how to purchase a rail pass, what to visit in Tokyo, and what to eat. Lavishly designed with full-color photographs and arresting page layouts, Whiskers Abroad will delight both your eyes and your sense of adventure. 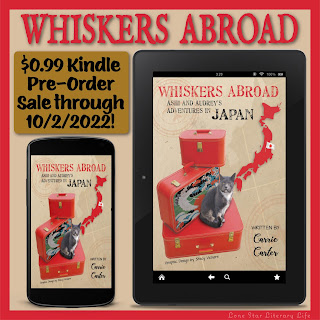 “Whiskers Abroad is simply a delight, offering respite and reflections that bring readers into Japan from different perspectives, capturing a writer’s journey through new foods, a different culture, and a cat’s eyes. It’s very highly recommended for its ability to reach beyond the usual travelogue audiences to immerse all ages in its fun adventure.” — The Midwest Book Review 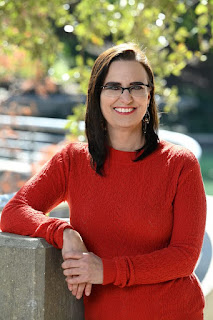 Carrie Carter has a profound love for Japan, cats, sumo, dioramas, and eating unusual foods. She has traveled with her husband Jim to Japan fourteen times, so her numerous holidays across her favorite country were the inspiration for her first book, Whiskers Abroad: Ashi and Audrey’s Adventures in Japan. Carrie has run multiple marathons including the Tokyo Marathon, and as expected, Carrie and Jim live with an adorable cat named Frenemy, who was unhappy at not being selected as the model for the book.
Carrie lives in Houston, Texas, and graduated from the University of Texas at Austin. At home, she loves to cook, design/create Halloween costumes, and daydream about meeting Jacques Pepin. She dislikes overly dramatic music used in reality TV shows. Currently, Carrie is working on her second book, a sequel to Whiskers Abroad, where Audrey and Ashi explore further into Japan and get themselves into even more interesting predicaments.
| Website | Facebook | Instagram | Twitter | Amazon |
| Ashi's Facebook page | Ashi's Instagram page |
Read more »
Posted by Kristine at 2:00 AM 1 comment: 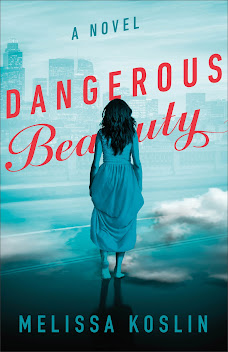 What is the price of freedom?

Liliana Vela hates the term victim.She's not a victim, she's a fighter. Stubborn and strong with a quiet elegance, she's determined to take back her life after escaping the clutches of human traffickers. But she can't stay safely in America--unless the man who aided in her rescue is serious about his unconventional proposal to marry her.
Meric Toledan was just stopping at a service station for a bottle of water. Instead, he becomes the key to Liliana's rescue. If he can keep his secrets hidden, his wealth and position afford him many resources to help her. But the mysterious buyer who funded her capture will not sit idly by while his prize is stolen from him.

“Do not start this book until you have the time to read it in one gulp. This is a really fresh twist on a marriage of convenience with the potential for pages of suspense. The hero and heroine are each hugely compelling, and I just wanted to protect them both. It’s also a sweet story of the healing power of hope. Highly recommend this novel for those who adore romantic suspense with a fresh twist.” --Cara Putman, award-winning author of Flight Risk and Lethal Intent

“Koslin brings the underworld of human trafficking to life in a gripping yet redemptive plot.” –Booklist 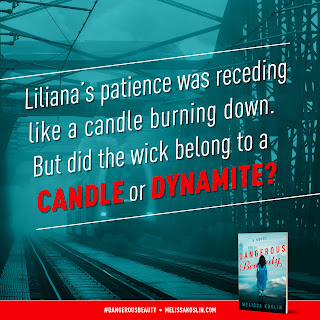 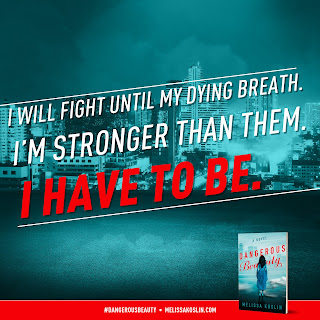 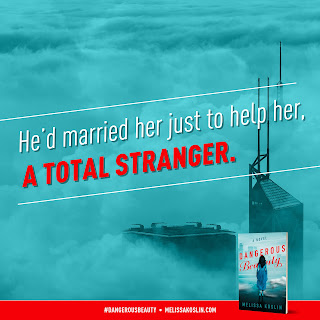 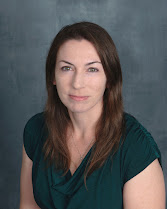 Melissa Koslin is a fourth-degree black belt in and certified instructor of Songahm Taekwondo. In her day job as a commercial property manager, she secretly notes personal quirks and funny situations, ready to tweak them into colorful additions for her books. The author of Never Miss, Melissa lives in Jacksonville, Florida, with her husband, Corey.
| Website | Facebook | Twitter | Instagram |
| Pinterest | Goodreads | Amazon | BookBub | 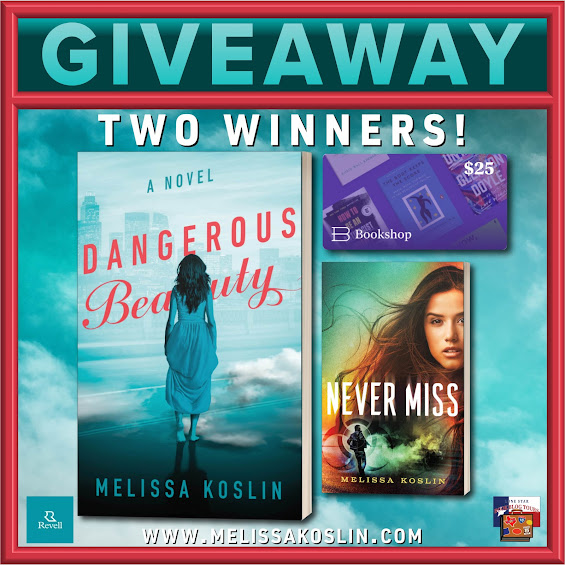 CLICK TO VISIT THE LONE STAR LITERARY LIFE TOUR PAGE
FOR DIRECT LINKS TO EACH POST ON THIS TOUR, UPDATED DAILY,
OR VISIT THE PARTICIPATING BLOGS DIRECTLY: 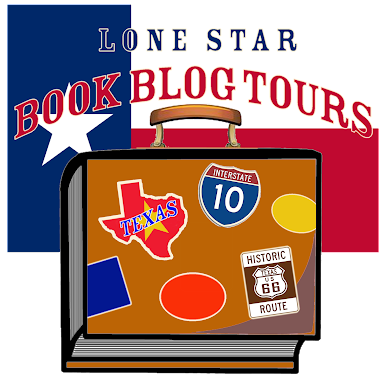 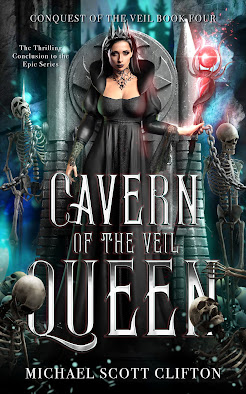 The Empire of Meredith has waged war against the Veil Queen for over a thousand years.
However, the struggle is unequal. Protected by the Veil, an impenetrable boundary of magic, the Veil Queen preys on the Empire’s citizens. The ceaseless raids have allowed her to build an enormous army of melds, monstrous creatures who are a fusion of humans and beasts.
Then a way is found through the magical partition. An invasion is launched to defeat the Dark Queen. But she’s had centuries to plot treachery. Is the open portal real or a misdirection, another of her evil schemes?
Alexandria’s new husband, Prince Tal, has wielded his formidable magic repeatedly in the struggle. But the key to victory may not lie with his power, but with Alex’s wild and unpredictable magic. If she can discover a way to control it, they have a chance to end the war and destroy the Veil. It requires only two things.
Find the Veil Queen…and kill her.
CLICK TO PURCHASE! 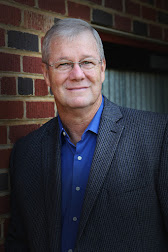 Multi award-winning author Michael Scott Clifton, a longtime public educator, currently lives in Mount Pleasant, Texas with his wife, Melanie. An avid gardener, reader, and movie junkie, his books contain facets of all the genres he enjoys—action, adventure, magic, fantasy, and romance.
His fantasy novels, The Janus Witch, The Open Portal (Book I in the Conquest of the Veil series), and Escape from Wheel (Book II), all received 5-Star reviews from the prestigious Readers’ Favorite Book Reviews. The Open Portal has also been honored with a Feathered Quill Book Finalist Award. In addition, Edison Jones and the Anti-Grav Elevator earned a 2021 Feathered Quill Book Award Bronze Medal in the Teen Readers category. Two of his short stories have won Gold Medals, with Edges of Gray winning the Texas Authors Contest, and The End Game winning the Northeast Texas Writer’s Organization Contest. Professional credits include articles published in the Texas Study of Secondary Education journal.
| Facebook | LinkedIn | Twitter | YouTube |
| Instagram | Goodreads | Amazon | BookBub | Website | 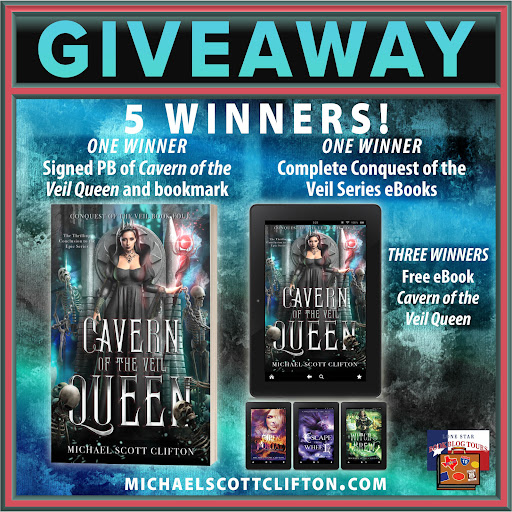 a Rafflecopter giveaway
Read more »
Posted by Kristine at 2:00 AM 1 comment: 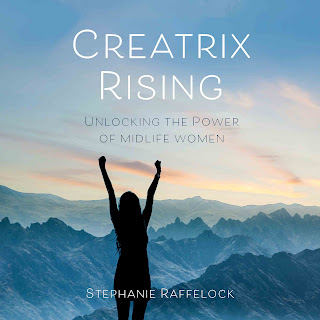 Ever since Eve was banned from the garden, women have endured the oftentimes painful and inaccurate definitions foisted upon them by the patriarchy. Maiden, mother, and crone, representing the three stages assigned to a woman’s life cycle, have been the limiting categories of both ancient and modern (neo-pagan) mythology. And one label in particular rankles: crone. The word conjures a wizened hag—useless for the most part, marginalized by appearance and ability.
None of us has ever truly fit the old-crone image, and for today’s midlife women, a new archetype is being birthed: the Creatrix.
In Creatrix Rising, Raffelock lays out—through personal stories and essays—the highlights of the past fifty years, in which women have gone from a quiet strength to a resounding voice. She invites us along on her own transformational journey by providing probing questions for reflection so that we can flesh out and bring to life this new archetype within ourselves. If what the Dalai Lama has predicted—that women will save the world—proves true, then the Creatrix will for certain be out front, leading the pack.
CLICK TO PURCHASE!
| Amazon | Audible | Kobo | 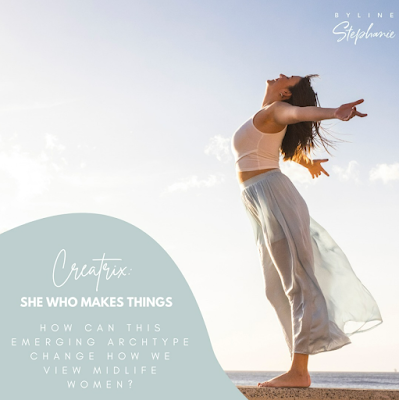 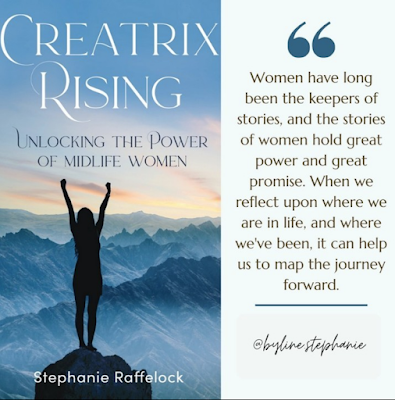 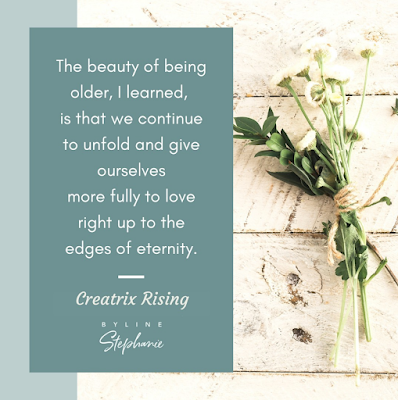 HALL WAYS REVIEW: Print copy originally reviewed September, 2021
"We leave one beauty behind us for another that rises with the moon."
Almost exactly a year after reading CREATRIX RISING (that review below), I listened to it. The author's outstanding narration adds a whole new layer of richness to the book. I found myself noting all new passages and absorbing new truths that apply to the now fifty-five-year-old me. We change a lot in a year!
One stand-out again is that Raffelock reminds us that we should be living life on our own terms. I realized that I am mildly uncomfortable with this truth, but I'm doing it. I am learning that it's okay to do things for me when it makes others -friends, family, business associates - who are accustomed to me living my life on their terms, unhappy. (What I have found is that they get over it.)
I am so impressed with Raffelock's level of self-awareness and her ability to self-assess. I am pretty good with these skills, too, but Raffelock goes one step better -- she takes action. #goals I know I'll get there.
As I have revisited chapters in my print copy, I will revisit them on audio to hear Stephanie Raffelock, my own personal cheerleader, coaching me in the right direction.
2021 Mini-Review:
We weave together tales of our past and present, helping us make sense of the ideal we strive for: the freedom to do life on our own terms.
Reading Stephanie Raffelock's book -- part memoir, part call to action -- was so powerful and empowering. Her fascinating life stories, and how she learned and grew from them, force the reader to reflect upon her own life stories and the people who helped mold her into what she is today. Raffelock reminds us that we can break those molds at any time or stretch them to fit who we want to be.  But more importantly, Raffelock shows how women all have the potential to evolve and take their rightful places in the world by throwing out the horrible accepted norms and definitions of mid-life women.
I'm past the mid-life point, and Raffelock's pointed (and more subtle) questions she poses for self-reflection are ones I will keep revisiting as I continue to reinvent myself and grow.
Highly recommend CREATRIX RISING for ages 40+ women -- and for the men who are in their lives. 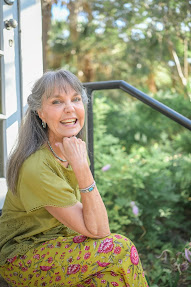 Stephanie Raffelock is an author, speaker, and voiceover artist. She is the editor of the anthology, Art in the Time of Unbearable Crisis (2022). Stephanie is the author of Creatrix Rising, Unlocking the Power of Midlife Women (2021) and she penned the award-winning book, A Delightful Little Book on Aging (2020). She lives in Austin, Texas, with her husband and a goofy Labrador Retriever named Mickey.
| Website | Instagram | Facebook |
| Byline Stephanie Facebook | Goodreads | 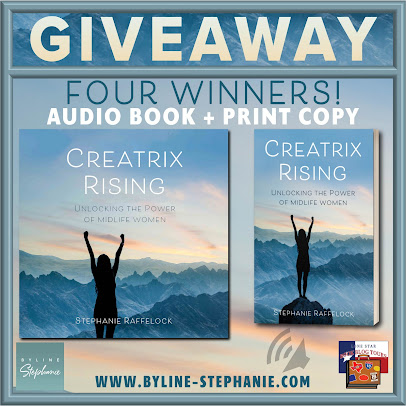 a Rafflecopter giveaway
Read more »
Posted by Kristine at 2:00 AM 4 comments: