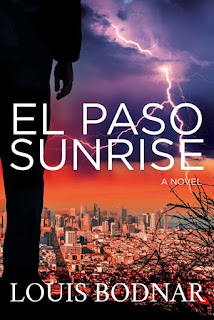 "Kill him," the gravelly voice said on the speaker to the cream of the Russian and Muslim terrorist assassination squad infiltrating America from Canada and on their way to El Paso to kill lawyer Steven Vandorol.  Steven was leading the Texas prosecution of Federal government corruption and with national implications before the fall presidential election.

El Paso Sunrise is the first of two stand-alone novels that together tell a grand story of love, passion, intense hate, violence and horror all brought keenly alive against the intentional radical transformation of America in a Second American Civil War by progressives, Muslim radicals and the American Left from a Constitutional Republic.  It is also a portrayal of a future with the literal choking of Canada, Great Britain, Europe, the Middle East, particularly the sovereign State of Israel by Islamist radicals, ISIL, Hezbollah, Hamas and the spreading cancerous malignancy of a worldwide Muslim Caliphate.

Steven Vandorol had it all but lost everything when he fell hard from grace in the ultra-rich Sunbelt.  Escaping to Washington, D.C., he found himself embroiled in evil, corruption, sexual obsession and addiction but, confronting his own demons, found peace and serenity in El Paso.

Then stunning Vanessa Carson, Steven's attorney friend and confidant amid the evil of D.C. brings her sunshine smile back into his life in El Paso and together as one, face their worst nightmares or rape, kidnapping and murder during the ultimate crises of a second American civil war started by powerful forces and only Steven and Vanessa stand in their way . . .

While El Paso Sunrise is a graphic story of evil in this world, it is also a timeless love story about goodness, faith, grace and friendship blossoming during a national emergency -- a clarion call to the world to remember what truly matters -- asking the question . . .

Can Steven force his own country and government to face their own demons before it's too late?

Within El Paso Sunset, Steven and his friend, Vanessa Carson, face their worst nightmare of rape, kidnapping, and murder during the ultimate crisis of a Second American Civil War started by dark, sinister, and shadowy forces and only Steven and Vanessa stand in the way. El Paso Sunset is the second and continuation of two stand-alone novels that together make a story of love, passion, obsession, intense hate, pure evil, violence, and horror, all brought keenly alive against the panorama of the radical transformation of the great American Constitutional Republic.

*Special Discount if you buy both books through Louis Bodnar's Website

Why El Paso, Texas, as a location for the novels?

The story happens in El Paso, celebrates El Paso, and was written by me, mostly in El Paso, all while I was living and practicing law there from 1987 to 2002.  Although I’m an “Okie” at heart and an Oklahoma native, I love El Paso and the people in the El Paso/Ciudad Juarez border area, and still have many friends, colleagues, and contacts that I accumulated there during the almost 15 years I lived there. The people in the El Paso/Juarez Border-Plex, as they call it, with its six-million people in a five square mile area, are great, friendly, and wonderful people -- hard working, strong family, good Christians.

And the area, the western-most city in Texas, with its mile-high Franklin Mountains, has the most brilliant, spectacular sunrises and magnificent, almost magical sunsets in the world!  The Good Lord has truly blessed West Texas.

It was in El Paso that, after a lifetime of turmoil, chaos, and survival, I finally found peace and serenity.  I hope that El Paso Sunrise and El Paso Sunset will do the same for El Paso, the city, just like Marty Robbins’s song, “El Paso,” did in the late ‘50s.

What is the over-all theme of the two novels?

The novels also are a grand story of love, passion, intense hate, violence, and horror, all brought keenly alive against the panorama of the radical transformation of America by radical, insidious, and cancerous forces – forces that threaten to annihilate and destroy the very fabric of the American Dream and way of life of our beloved Constitutional Republic – and turn it into a Marxist dictatorship.  It is also a portrayal of a future with the literal choking of Canada, Great Britain, Europe, and the Middle East, particularly the sovereign State of Israel by Islamist radicals and the spreading cancerous malignancy of a worldwide Caliphate.

The two novels together depict the corruption of government, education, religion, the family and culture in America by a variety of bad actors, fueled by a corrupt, propaganda “fake” news main-stream media, that subverted all that was good and turned into abject evil…and also timely depicts the crumbling, and addictive American culture and society, both in America and in this chaotic, turbulent, corrupt, and evil world that professes a religion of selfishness, lust, power, control, and greed…all of which is slowly killing America and would continue in the rest of the world unabated until the coming of our Lord and Savior, Jesus Christ.

What are the underlying themes?

On a deeper level, my books tell a story of excruciating pain of escapism and addiction, crisis and survival, and the final triumph of faith, grace, love, and commitment.  As a story of complex emotions, vulnerability, and tenderness, intimacy, and feeling, it draws darkly profound conclusions that are astonishing and provocative, yet exhilaratingly joyous.

Was there a particular source you found useful in writing the books?

While the novels are primarily a timeless love story, much of the factual background for the novels is from Steve Emerson’s The Investigative Project on Terrorism (IPT), especially the use of the indictment and the Federal conspiracy prosecution and proceedings in the 2014 Federal District Court case in Dallas, Texas, that resulted in various terror organizations being placed on the State Department’s list of active terrorist organizations.

Louis Bodnar is a retired attorney currently living in Broken Arrow, Oklahoma, with his wife Joan.  As a naturalized American citizen, he was born in Vilshofen, Germany, immigrated to Brazil with his mother and brother, and came to America in 1958.

He was educated in the United States in Oklahoma, receiving an undergraduate degree from Oklahoma State University, a Juris Doctorate from the University of Oklahoma, and was a candidate for an LLM in International and Comparative Law at Georgetown University Law Center in Washington, D.C.

ONE WINNER receives autographed copies of the two-volume set of the El Paso books.
(US only; ends midnight, CDT, July 2, 2021) 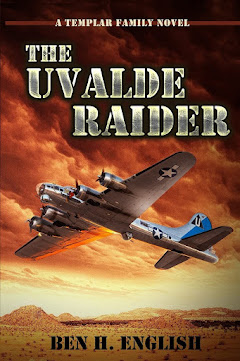 The time is the eve of the First Gulf War. The place an abandoned World War II emergency landing strip for heavy bombers, nestled amid the near countless miles upon miles of wide openness in West Texas.
Here a climactic battle will be fought, while the rest of the world focuses on what would become known as Operation Desert Storm.
But in some ways, the stakes here are even higher as men from other places and past conflicts gamble all that they are, and all they ever were, to prevent a catastrophic terrorist attack unthinkable before on an American city.
One group seeks wholesale slaughter, the murder of helpless civilians on a massive scale. The other strives to stop this evil in any way possible, and by whatever means necessary.
The key to either side’s success or failure?
One old Boeing B-17G Flying Fortress, an enduring symbol from another war and ensuing catastrophe of a different era. This relic of a not so distant past is named ‘The Uvalde Raider,’ and this is its story… 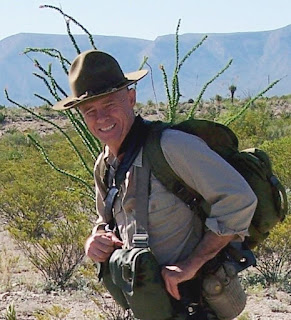 Ben H. English is an eighth-generation Texan who grew up in the Big Bend. At seventeen he joined the Marines, ultimately becoming a chief scout-sniper as well as an infantry platoon sergeant. Later he worked counterintelligence and traveled to over thirty countries on four continents.
At Angelo State University he graduated Magna Cum Laude along with other honors. Afterwards Ben had a career in the Texas Highway Patrol, holding several instructor billets involving firearms, driving, patrol procedures and defensive tactics.
After retirement he decided to try his hand at writing. His first effort, Yonderings, was accepted by a university press and garnered some awards. His second, Destiny’s Way, led to a long term, multi-book contract.  This was followed by Out There: Essays on the Lower Big Bend and now his second fictional work, The Uvalde Raider.
His intimate knowledge of what he writes about lends credence and authenticity to his work. Ben knows how it feels to get hit and hit back, or being thirsty, cold, wet, hungry, alone or exhausted beyond imagination. Finally, he knows of not only being the hunter, but also the hunted.
Ben and his wife have two sons who both graduated from Annapolis. He still likes nothing better than grabbing a pack and some canteens and heading out to where few others venture.
Just as he has done throughout most of his life…
Find out more about Ben English's Adventures on Facebook, Amazon Author Page, or visit Ben on his Website

Click to visit the
LONE STAR LITERARY LIFE TOUR PAGE
for direct links to each stop on the tour, updated daily, or visit the blogs directly: 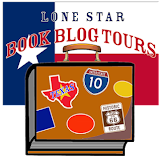