STORM CLOUDS ARE GATHERING, AND THEY WILL RAIN BLOOD.
Scarlett is living her happy-ever-after, back in the real world. Only the ‘happy’ part is proving problematic.

For starters, there’s the isolation. Being a Cerulean among humans is fraught with risk, so her time with people can only be fleeting. Which means being with Luke but not being with Luke.

Then there’s her Cerulean light, her power over life and death. Less awesome talent, as it turns out, and more overwhelming responsibility. And it comes with rules – rules that are increasingly difficult to obey.

But what’s really pushing Scarlett to the precipice is something much bigger than herself, than her life in the cove. A force to be reckoned with:
Blood.

When long-buried truths are exposed, will Scarlett keep her head above water – or will she drown in the blood-dimmed tide that is unleashed?

A girl shrieked, ‘Blood! Look, look – it’s everywhere!’ and pressed her hand to her mouth.

A man shouted, ‘Good grief!’ and another, ‘Great Scott!’

An old lady swooned gracefully and would have tipped over the balustrade of the riverboat had a lanky lad not caught her.

The cause of the excitement – a woman lying slumped on the long table on deck, cheek on her bread plate, headdress in the butter dish – twitched a little.

‘She’s alive!’ cried a lad beside her delightedly. ‘She moved!’

‘Did not,’ argued another.

‘Gentlemen,’ interjected a short, portly man with a twirly black moustache, ‘if you will forgive my intrusion, it must be noted that this woman has a bullet hole in her head and is logically, therefore, quite definitely deceased.’

Another old dear folded to the deck with a prolonged ‘Ohhhhhh’ and her husband grabbed a feathered fan and began wafting cool evening air in her face while calling, ‘Smelling salts – does anyone have any?’

I tried to keep a straight face. Really I did. I bit my bottom lip until I tasted my cherry-red lipstick. I pinched my leg through the cream satin of my gown. I dug my long cigarette holder into the sensitive flesh of my arm.

But it was no good.


The ‘What ho, chaps’ posh accents.

The buxom woman sagging in the arms of an elephant hunter wearing Converse All Stars.

The production of smelling salts in a bottle whose label read Pepto-Bismol.

The corners of the little round man’s moustache coming looser with his every word.

The fast-pooling puddle of pinkish blood on the bread plate, buffeted by the steady in-and-out breaths of the corpse.

Take it from a girl who’s really died – death on the River Dart, Devon, is hilarious.

‘Dear me, Ms Robson here appears to be quite overcome with shock,’ said the guy at my side suddenly, and he slipped an arm around me and turned me away. ‘Come, madam. Let us get some air.’

I smiled at him. Then grinned. Then choked back a guffaw. Thankfully, by the time full-scale hilarity hit me I’d been led to the rear of the boat, away from the rest of our party, and could bury my face in the bloke’s chest and shake mutely with laughter.

The gallant gentleman rubbed my back soothingly as I let it all out and said loudly, for the benefit of any onlookers, ‘There there, pignsey, there there.’

‘Pigsney?’ It was the final straw. My high-heeled sandals gave way and I melted into a puddle of mirth on the deck.

‘I’ll have you know, Scarlett Blake,’ hissed Luke, my boyfriend a.k.a. gallant gent, hoiking up his too-tight corduroy trousers so he could squat down beside me, ‘I Googled “old-fashioned terms of endearment” and pigsney’s a classic.’

I wiped tears from my eyes, dislodging a false eyelash in the process, and tried to catch my hiccupping breath as Luke went on.

‘Means pig’s eye. No idea why that’s appealing, but apparently in the seventeenth century, calling a lady pigsney was the very height of courting.’

Through his fake specs Luke’s blue eyes fixed me with a stare so earnest I almost managed to stop laughing.

‘But this is a Death on the Nile-Stroke-Dart murder mystery night, Luke,’ I managed to get out. ‘Set in the nineteen thirties, not the seventeen thirties.’

‘Ah,’ he said, ‘but my character tonight, Mr Fijawaddle, is a historical fiction writer, isn’t he? So as well as dressing like a brainy recluse – and I’m warning you now, I won’t hear another slur against this tweed jacket – he’d know all kinds of obscure terms. Like ginglyform and jargogle and nudiustertian and bromopnea and farctate and quagswag and philosophunculist.’

His showing off sobered me just enough to control the giggles. ‘You made those words up,’ I accused, poking a crimson talon into his mustard-yellow shirtfront.

He blinked at me innocently. ‘Did not. I told you before we left the house, I did my homework.’

I narrowed my eyes. ‘All right then, Mr Fijawaddle, what does that last word you said mean?’

‘Spill it,’ I said menacingly. As menacingly as a girl dressed up as a vintage Hollywood starlet with cute little pin curls and rouge aplenty can be, that is.

‘Philosophunculist,’ recited Luke. ‘Noun. A person who pretends to know more than they do in order to impress others.’

I threw my head back and laughed. ‘Busted!’

Luke slipped an arm around me and pulled me close. Really close.

‘Bet you like it when I use long words,’ he said huskily, eyes fixed on my too-red lips.

‘Bet you like it when I wear a clingy nightgown as a dress,’ I replied, eyes fixed on his too-kissable lips.

‘Brazen hussy,’ he growled at me.

‘Randy boffin,’ I murmured back.

Then neither of us said another word for quite some time. 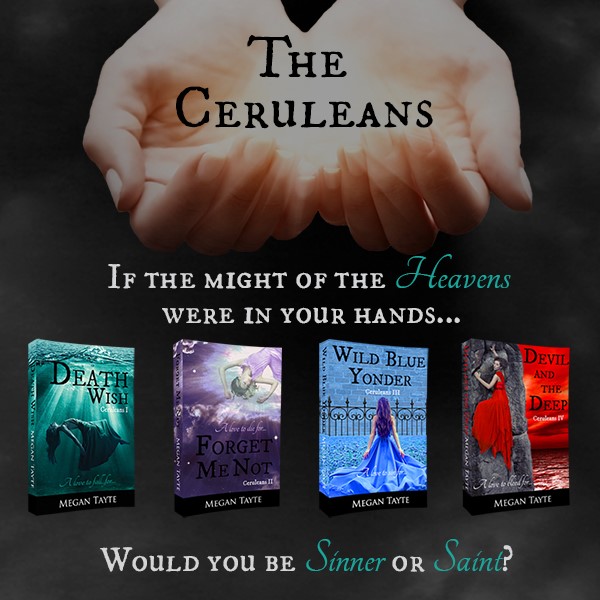 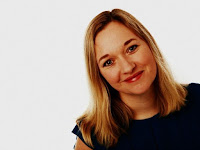 About Author Megan Tayte:
Once upon a time a little girl told her grandmother that when she grew up she wanted to be a writer. Or a lollipop lady. Or a fairy princess fireman. ‘Write, Megan,’ her grandmother advised. So that’s what she did.


Thirty-odd years later, Megan is a professional writer and published author by day, and an indie novelist by night. Her fiction – young adult romance with soul – recently earned her the SPR’s Independent Woman Author of the Year award.

Megan grew up in the Royal County, a hop, skip and a (very long) jump from Windsor Castle, but these days she makes her home in Robin Hood's county, Nottinghamshire. She lives with her husband, a proud Scot who occasionally kicks back in a kilt; her son, a budding artist with the soul of a palaeontologist; and her baby daughter, a keen pan-and-spoon drummer who sings in her sleep. When she's not writing, you'll find her walking someplace green, reading by the fire, or creating carnage in the kitchen as she pursues her impossible dream: of baking something edible. 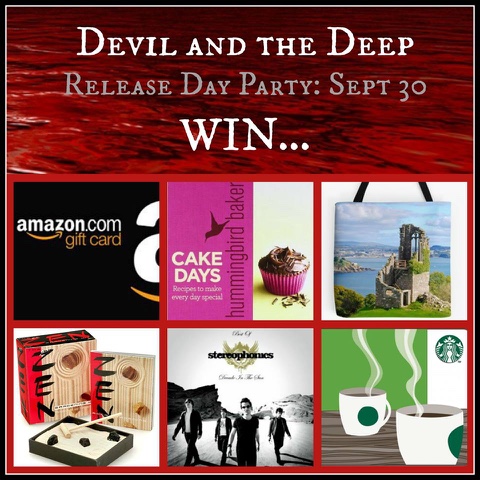