I am so excited that EMBERS IN THE SEA by Jennifer M. Eaton releases today and that I get to share the news! If you haven’t yet heard about this wonderful book, be sure to check out all the details below and enter the GIVEAWAY!! 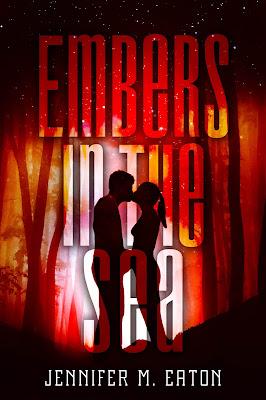 Alien scientist David has dealt with disappointment his entire life, but failing to breathe life into the planet Mars is his greatest regret. Out of options and in need of a new home for their people, the alien Caretakers rekindle their plan to inhabit Earth. First they will have to eliminate the human race, including Jess, the only human David holds dear.

Humanity has one final chance at survival. David needs to emulate Earth’s precipitation on Mars. But the catalyst to make it rain lies in the fathomless depths of Earth’s ocean.

The clock is ticking down to humanity’s last hours as Jess and David face a world more alien than either of them can imagine. The sea hides secrets, but some secrets don’t want to be found.

We rattled, cascading and spinning. My sight blurred. My breakfast threatened a reappearance. I closed my eyes and prayed David and Edgar could bring us under control. The tiles rumbled beneath my cheek before we collided to a stop.

My body left the floor before slamming back down once again.

I blinked until I could focus. David lay across the side of his seat, his head dangling near the floor.
“David!” I dragged myself from the unforgiving tiles and sat him back in his chair. His head lolled back, his mouth slightly open. “Oh, God. David, please wake up!”

Pressing my fingers against the side of his neck and his wrists, I sought a pulse. I couldn’t find one, but relief flooded me as his chest rose and fell in a shallow breath. I glanced over each shoulder, and toward the back of the ship, looking for what, I didn’t know.

Why hadn’t the seats come to life and protected us?

I grabbed the edge of David’s chair, pulling him from the seat and into my arms. “David?” I kissed him and ran my fingers along the side of his face. “David, please … ”

He was here. Now. And hurt. I fisted my hands and pushed with my mind. If he needed strength, maybe I could send it to him.

His lashes fluttered. His eyes opened, but didn’t seem to focus. “Jess?”

He tried to sit up, but frowned and relaxed back into my arms. “Are we okay?” 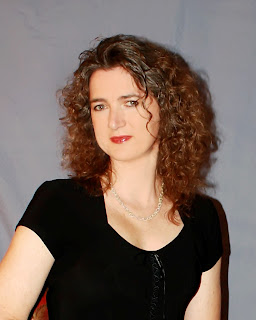 About Jennifer: Jennifer M. Eaton hails from the eastern shore of the North American Continent on planet Earth. Yes, regrettably, she is human, but please don’t hold that against her. While not traipsing through the galaxy looking for specimens for her space moth collection, she lives with her wonderfully supportive husband and three energetic offspring. (And a poodle who runs the spaceport when she’s not around.)

During infrequent excursions to her home planet of Earth, Jennifer enjoys long hikes in the woods, bicycling, swimming, snorkeling, and snuggling up by the fire with a great book; but great adventures are always a short shuttle ride away.

Who knows where we’ll end up next?

In Egalion’s Imperial court, there is splendor and luxury, but it’s also a realm of treachery. Cloak-and-dagger political maneuvering threatens to destroy the peace of two thousand years.

Battlemage Jex Xander has a mouth that gets him into trouble; while in contrast, Enari Namelum speaks not at all. Amidst the mounting chaos, passion and romance should be the last thing on their minds, but life and the Goddess seem to have other ideas.

They say to keep your friends close and your enemies closer, but at court you can’t tell one from the other…and they change at the flip of a coin.

Ronelle Antoinette was born in Phoenix, AZ and raised in beautiful Colorado. She currently lives in Grand Junction with her husband, two sneaky cats, and one dog-who-believes-he's-a-person. While she’s a mother to none, she’s an auntie to a small army...the newest recruit joined them in April 2016. Ronelle dabbled in creative writing for many years and even considered it as her major in college. (She ended up getting a Bachelor's degree in Counseling Psychology.) She published her first novel, Errant Spark, in July of 2016. Dream. Come. True.

Ginny Ross was born and raised in England where she had a passion for Musical Theatre and Fantasy books. She loved spending time in the Theatre but found that she wanted to travel. After traveling around Europe she took a job as a nanny in Canada and continued her acting. Her love of children played a huge role in her life and became her career for the next several years. She married Clarence and moved to the States where she resides today. Her life is much less hectic than it was, as she is raising her two children and works for the local school district. Ginny was very excited when she was offered the opportunity to use her acting skills once again from the comfort of her home by narrating books.

➜Sign up as a host here
Posted by Kristine at 2:00 AM 3 comments:

Death of a Sculptor in Hue, Shape, and Color ~ ~ Promo Tour & Excerpt! 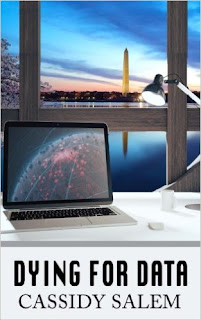 Book Blurb: Bad karma, a rival suitor, and a deadly attack are enough to put a damper on any date.

Just when Adina's social life is looking up, her night out is interrupted by the scream of police sirens. Afraid her bartender boyfriend might be accused of murder, Adina’s neighbor enlists her assistance, and in the process exposes her to the seamier side of illegal immigration and crime in the city. Hard as she tries to limit her involvement, the more Adina learns, the more she needs to know – until a case of mistaken identity lands her in hot water. Will she uncover the truth before it’s too late?


============================
Hall Ways Review: Dying for Data is the second book in the series with main character and accidental sleuth, Adina Donati, but it stands alone just fine. At 176 pages, it is a quick but completely satisfying read; you get the story without the fluff! "Accidental sleuth" is a great description of main character Adina, as she seems to literally walk right into mysteries by being in the wrong place at the wrong time. In my review of the first book in the series, Think Murder, I said Adina seemed like Bess from the Nancy Drew mysteries -- and I still think that fits. However, I was happy to see that Adina is more mature in this book, especially in her approach and attitude towards her job. Hooray! (In my review of book one, it rubbed my rhubarb that she was a bit of a flake at work, though they didn't give her much to do, either.)

As in Think Murder, in Dying for Data, I enjoy the details of the DC setting and for a Texan, I especially love how people can hop the metro to get everywhere they need to go. How cool is that?  Author Cassidy Salem dips into making some subtle social commentary about our nation's immigration laws, sanctuary policies, and attitudes towards immigrants, but she weaves it fairly seamlessly into the story line.

The book is well edited with just a few typos and errors that don't detract at all from the story.  Adina seems to speak directly to the reader, and it's a comfortable place to be. I was glad to see neighbor Daniel Sullivan return, and of course detective Jonathan Saks from book one. Salem makes readers really pull for the detective to win Adina's heart. He's so stinkin' thoughtful and considerate (and Adina's mother would approve!). Jonathan seems to be a good influence on Adina in helping her to better practice her Jewish faith, and there's definitely a slow burning something between Adina and Jonathan -- but look out! At the dog rescue center where Adina volunteers, there's Bruce, a fit and super-hot rival for Adina's attentions.

After the climax of the story, Adina is still in some danger, and my only complaint is that element was tied up very quickly and possibly a bit too conveniently. By the same token, having anything more complicated would likely detract from the overall feel of the story.  I feel like this series fits a niche that is barely filled right now, and that's clean new adult. The characters are single and making their ways a few years out of college. There is all the fun and flirty-ness of new relationships, but there's no sex and no profanity. It's refreshing! I definitely look forward to more unintentional adventures with Adina -- and did I pick up a hint that there may be a new neighborhood where Adina will find them?

Thank you to the author for her never-ending patience in waiting for my review and for providing me an eBook copy in exchange for my honest opinion -- the only kind I give. 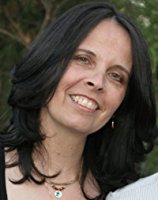 ABOUT THE AUTHOR: Cassidy Salem has always been an avid reader. She is especially fond of mysteries (both cozy and traditional). Over the years, her favorite mystery authors have included Agatha Christie, Kathy Reichs, Mary Higgins Clark, and John Grisham. Cassidy also enjoys reading historical fiction focused on American and world history, as well as the classics.

Cassidy has never met a dog she didn't like - a fact that influenced her decision to have the protagonist in Think Murder, her first mystery, volunteer at a dog rescue center. Dying for Data, the second novel in the Adina Donati, Accidental Sleuth mystery series, was released in August 2016.

More recently, Cassidy has begun collaboration with Christa Nardi on a new YA series . The first book, The Mysterious Package - A Hannah and Tamar Mystery, was released in October 2016.

When she's not reading, Cassidy enjoys singing in an a cappella ensemble. Most of all, Cassidy enjoys spending time with family and friends, and travels with her husband and son whenever possible. Her travels have taken her to destinations throughout the United States and Europe.
FOLLOW CASSIDY ON TWITTER or FOLLOW ON HER BLOG
FOLLOW ADINA DONATI, ACCIDENTAL SLEUTH on FACEBOOK