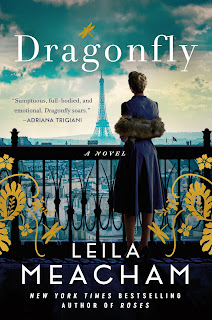 At the height of World War II, a handful of idealistic young Americans receive a mysterious letter from the government, asking them if they are willing to fight for their country. The men and women from very different backgrounds-a Texan athlete with German roots, an upper-crust son of a French mother and a wealthy businessman, a dirt-poor Midwestern fly fisherman, an orphaned fashion designer, and a ravishingly beautiful female fencer-all answer the call of duty, but each for a secret reason of her or his own. They bond immediately, in a group code-named Dragonfly.

Thus begins a dramatic cat-and-mouse game, as the group seeks to stay under the radar until a fatal misstep leads to the capture and the firing-squad execution of one of their team. But...is everything as it seems, or is this one more elaborate act of spycraft?

“Meacham’s impeccable pacing and razor-wire tension evoke the daily drama of life under a Reich whose French reign might have lasted little more than four years but felt like the thousand years that it threatened to endure.” ―Bookpage

"Meacham ratchets the suspense ever tighter, while providing fascinating backstory on the intrepid five [American spies] as well as delivering a detail-rich portrait of Paris during the Occupation." ―Booklist

HALL WAYS REVIEW: Audio Book Review: I’ll cut to the chase: Dragonfly is extraordinary. Robust characters with fascinating backstories are placed in richly detailed settings where quickly, the reader is transported, immersed, and living on the edge, right along with the characters. Leila Meacham has blown my mind with Dragonfly.

For those who read with their eyes, the book opens with a handy “Cast of Characters” section broken down into “The Americans,” “The Germans,” and “The French,” where characters’ nationalities (but not necessarily allegiances), various names, code names, and roles are listed. (Additionally, there is also an “Explanation of German Military Organizations” list that serves as a great historical refresher.) For those reading with their ears, Dragonfly is performed by full cast narration that is pretty spectacular – more on that later. Since the story has so many main characters, and each of them has three different names, listening to one actor perform each part helped keep them straight. Regardless of the reading method used, readers get plenty of help from the author.  Meacham does an amazing job of first sketching, then filling-in the characters until each is fully fleshed-out, relatable, real.

“Secrecy would be their greatest protection against betrayal.”

The main characters’ stories unfold both separately and at times overlapping and weaving together. Each recruit is handpicked for his/her unique skills to serve the OSS, but also each has a personal reason to go to France. If one were to plot a chart, the visual would be a somewhat parallel series of lines that roll and spike up and down as our young spies navigate the dangerous world of Nazi-occupied Paris. The novel is long (eighteen hours on audio, just under 600 pages in print), but Meacham’s writing is brilliant, and she scatters scenes throughout that not only entertain but inform and summarize to help readers keep on track in a complex, multi-tiered plot.

The historical element of Dragonfly is outstanding. Meacham brings facts into the story, reminding (or informing) readers of the realities and complexities of war. In particular, the descriptions of Paris as it experienced Nazi occupation were poignant as Meacham contrasted the formerly vibrant, bright, flower-filled city with its dark, dreary, grim condition during the German occupation. It’s as if the life force of the city is slowly ebbing. Yet even here, where everyone is suspicious and suspect, there are flashes of hope, and splashes of the best in human nature in the midst of the worst.

ABOUT THE AUDIO: As mentioned, this full cast narration is excellent. Pacing was perfect – I never changed the speed of the audio, which is rare, and the volume was even, the sound crisp, and the production free of any technical glitches. The narrators handle not only the numerous American accents (A+ for Southern), but German and French, and French and Germans speaking English. My only complaint is that many of the French pronunciations were botched when the character speaking would have known better than to pronounce a word ending -s or -t, for example.

As Dragonfly winds its way down to the conclusion, the reader has information that the characters do not, with the result being a satisfying, emotional ending. As I listened to the final scenes, I was driving into the Texas Hill Country sunset, grinning from ear to ear, with tears were streaming down my face. Perfection.

Thank you to Lone Star Book Blog Tours, Grand Central Publishing, and most of all, Leila Meacham for sharing this spectacular story with me in audio and GORGEOUS print, with no strings attached. My review is my honest opinion – the only kind I give 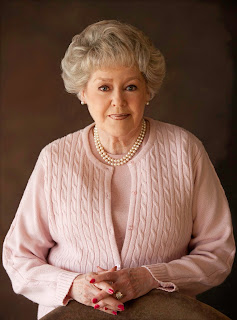 Leila Meacham is a writer and former teacher who lives in San Antonio, Texas. She is the author of the bestselling novels Roses, Tumbleweeds, Somerset, and Titans. 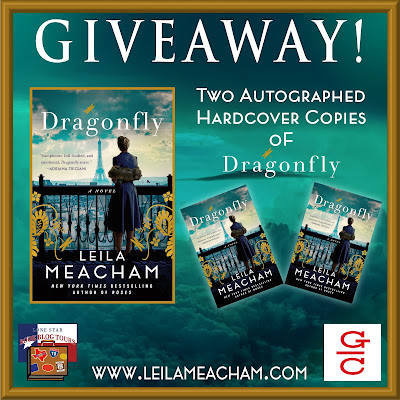