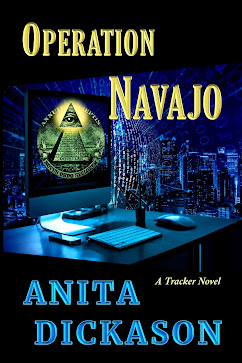 "Whoever controls the flow of the money supply, irrespective of whether it's fiat or gold currency is the one to fear."


The imminent launch of the Feds gold-backed currency triggers more than fierce protests when a note is dropped into Federal Reserve Chairman Frank Littleton's coat pocket. The cryptic message is a warning someone plans to assassinate him. A new Tracker agent and financial crimes expert joins forces with an undercover Interpol agent to infiltrate the inner sanctum of the Federal Reserve. The case turns deadly when the agents become the target for an assassin's bullet. Stalked by a killer, can they survive to stop the assassination and prevent a global financial cataclysm?
CLICK TO PURCHASE
│ Amazon US│ Amazon Canada │Amazon UK │
│ Kobo│ Barnes and Noble│
│ Book Depository│

Why I Write What I Write 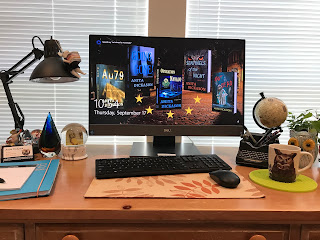 When I started writing fiction deciding on my genre was easy, suspense thrillers about cops and crime. It’s what I know. With twenty-two years as a Dallas cop, I have an unending source of inspiration for my plots and characters. Since I enjoy paranormal thrillers, I added an extra element to my characters. My source was my love of Native American, Irish and Scottish myths and legends.

In my debut novel, Sentinels of the Night, I created a unique FBI unit, Trackers. The team is the elite of the elite. Each agent has a unique ability ranging from enhanced intuition to the supernatural. I like the continuity a team of characters adds to a book. The Tracker novels are not a series; each is a standalone. But a different agent takes center stage in each book.

Another feature I include is the Story Behind the Fiction at the end. It’s a brief explanation of the inspiration for the plot. The paranormal element in Sentinels of the Night came from a translation of the Hako Pawnee Ceremony by Alice C. Fletcher. An amazing woman who published a book in 1900. She was truly a woman ahead of her time. The chant dealt with owls and are viewed as messengers of death. The owls and Tracker Cat Morgan have a rather bizarre connection

A u 7 9 was based on a bill Texas Governor John Abbott signed into law in 2015 that created the Texas Bullion Depository, the Texas version of Fort Knox. The reason dealt with the gold assets owned by Texas A&M University and the University of Texas. During a scene in the Oval Office with the President, I introduced a new character, Federal Reserve Chairman Frank Littleton. He and Scott Fleming, head of the Tracker Unit, met for the first time. As I wrote the scene, I realized the Chairman would make a great lead character in another Tracker novel. I added a bit of a connection between the two men.

Operation Navajo is my 4th Tracker novel. And yes, Federal Reserve Chairman Frank Littleton is one of the lead characters.  Of the four books, this one was the most difficult to write. My research was considerable, not only into the inner workings of the Federal Reserve, but I also had to delve into the history of the U.S. monetary system. How did we get to where we are today? The answer played a role in the creation of the characters and plot.

Another area of extensive research dealt with the locations, especially Wyoming. Someone once asked how much of me was in my books. My answer, “OMG—a whole lot.” I was on the Dallas SWAT team for several years and was the first female sniper. Knowing the terrain, roads, and layout of buildings for a tactical operation was critical. To create the action scenes in Wyoming, a state to which I have never visited, was a challenge.

The sassy and mischievous Nicki Allison is the computer genius in the Tracker unit. This is an excerpt from Operation Navajo.

“Her entire career with the Bureau had been behind a keyboard. As she picked up her backpack, she glanced around her office. Computers were her comfort zone, had been since she was a kid. Her mind could take flight and reach anywhere in the world. Tonight, she stepped out of her cocoon, her first field operation, if it could be called such. She’d discovered something about herself that was disturbing. She liked it.”

Like Nicki, through my computer, I can reach out and touch the world, including Jackson Hole, Wyoming. How amazing is that?

In the many reviews I have received, something surprising popped up. There were several references to my police procedures. As one reviewer said, “Her authenticity is evident throughout as she takes us into highly detailed crime scenes and let’s us ride along as the action never stops.” What a wonderful compliment. Tells me I am doing something right.

What I’ve discovered is my writing mirrors what I did as a police officer. It’s all about connecting dots, the leads in a case until a pattern begins to form. It’s an approach that makes it fun to write. I never know where my characters will lead me. And—there is always something out of the ordinary in my books. 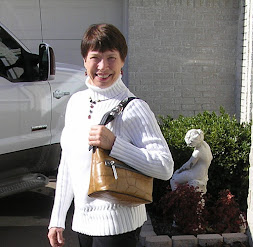 Award-winning Author Anita Dickason is a twenty-two-year veteran of the Dallas Police Department. She served as a patrol officer, undercover narcotics detective, advanced accident investigator, tactical officer, and first female sniper on the Dallas SWAT team.
Anita writes about what she knows: cops and crime. Her police background provides an unending source of inspiration for her plots and characters. Many incidents and characters portrayed in her books are based on personal experience. For her, the characters are the fun part of writing as she never knows where they will take her. There is always something out of the ordinary in her stories.
In Anita’s debut novel, Sentinels of the Night, she created an elite FBI Unit, the Trackers. Since then, she has added three more Tracker crime thrillers, Going Gone!, A u 7 9, and Operation Navajo. The novels are not a series and can be read in any order. As a Texas author, many of Anita’s books are based in Texas, or there is a link to Texas. When she stepped outside of the Tracker novels and wrote, Not Dead, she selected Meridian, a small community in central Texas for the location.
◆ WEBSITE ◆ FACEBOOK ◆ TWITTER ◆
◆ AMAZON ◆ GOODREADS ◆
◆ PINTEREST ◆ LINKEDIN ◆ VIMEO ◆ 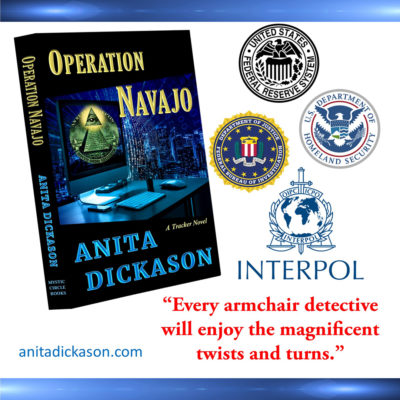