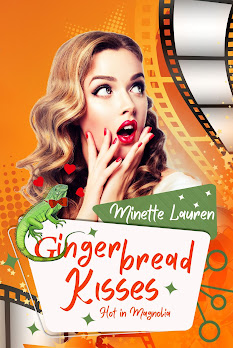 Hollywood actress Ginger Lynn Harding is broke, unemployed, and stuck in the glaring spotlight of a sex-tape scandal thanks to her lousy ex-boyfriend. Changing her coveted ginger-colored hair to brown, Ginger heads to small-town Magnolia, Texas, where she plans to hide out and wait tables at the Cupcake Diner and Dive.

As a Magnolia constable and possible candidate for mayor, Roland Karr prides himself on protecting the community. When he nabs a Lauren Bacall look-alike for speeding, Roland is surprised that he lets the sassy beauty off the hook, but he can’t help it. She looks like she could use a break.

As Ginger settles into life in Magnolia, she can't stop thinking about the handsome and debonair cop, but can she risk losing her heart when she's lost everything else?
PURCHASE LINKS:
Amazon | Barnes and Noble

EXCERPT FROM CHAPTER ONE OF

Ginger Lynn Harding pressed the accelerator and opened the sunroof of the sporty red car. The guy at the rental counter hadn’t recognized her as the star of Seducing Saturn, but he said he wanted to give her a free upgrade because of her perfect smile. She didn’t have a lot to smile about, and she sure didn’t feel glamorous any more since coloring her golden copper hair a dull chestnut brown. Her symmetrical features and bright green eyes were still the trademarks of Dallas Derringer, but her new look felt drab. She missed her signature flame-colored hair that her mother named her for, but she didn’t miss the name on her birth certificate. It sounded too much like a porn star. It was unfortunate that some Olympic ice-skating chick back in the ‘90s had also attached scandal to the name. So, for now, she preferred to go simply by Ginger.

Smiling as she took the curves of the winding backroads that led to Magnolia, Ginger turned up the jazzy Christmas music and let her hair down. It was only shoulder length now since she had cut off a good twelve inches after she was fired from the set. Seducing Saturn was axed after season two, and it was all because of her. She cringed at the memory of the director’s harsh words. He’d actually called her a “stupid bitch” in front of everyone. And though his disrespect humiliated her and pissed her off, she felt like one. Why had she ever trusted her ex-boyfriend, Kirk McNeil, who had gotten her into this mess? He was a loser and a jerk, and even though she dumped him over a year ago, he was still haunting her like the evil demon he’d played in Seducing Saturn’s pilot episode.

Ginger blew out a sigh, trying to let go of her thoughts, but images of Kirk and the video that leaked to the media wouldn’t release her. Thoughts of what could have been, should have been, and “what ifs” made her miss the turn.

“In a quarter of a mile, make a U-turn,” the navigation app nagged.

Ginger tapped her phone, trying to silence it. “Maybe I wanted to take the scenic route,” she complained out loud. Great, now she was talking to herself. It wouldn’t be the first sign of her losing it. She’d been having a bad month. First, she lost her acting career, then her new condo. Plus, she had to sell her car for less than she owed to get out of the payments, which left her flat broke.

It was nice of her cousin, Cecilia, to suggest a place to hide out until things cooled off and the media forgot about the scandal. She really couldn’t face any more rag-magazine reporters sitting on her doorstep and asking questions she didn’t want to hear, let alone answer.

Celia had run into a couple of issues herself. A few years back, she’d done some creative accounting with the taxes for a women’s league she ran. Ginger hadn’t asked her any questions because it was none of her business, and Ginger liked that Celia did the same don’t-ask-don’t-tell routine for her. Celia had invited her to hide out in Dallas at her parents’ home, but there was no way she could face Uncle Todd and Aunt Brenda with all her baggage. The Lockwood side of the family was uber-wealthy, and her mother’s brother was a stickler for social standards and propriety. Besides, it would be impossible to stay under the radar in the circles Celia ran in. People might recognize Ginger and talk about her embarrassing past. Maybe she should amend that to embarrassing present, since she couldn’t seem to put it behind her. When she mentioned her concerns, Celia said she knew just the place. And now here Ginger was, stuck in Magnolia, Texas. It looked like the middle of nowhere, but the map showed it was just northwest of Houston. Perfect. She didn’t know a soul here, and hopefully, no one would recognize her because of her new look.

Her cousin Hank lived in The Heights, but he was a pompous ass. She hoped she didn’t have to fall back on that branch of her father’s family for help.

“Continue straight for one mile, then….” She punched at her phone again, trying to shut off the volume. Red and blue lights flashed in her rearview mirror.

“Great, just great,” Ginger complained as she pulled over.

Grabbing her driver’s license from the Hertz envelope where she’d left it when picking up the car, she rolled down the window and waited for the officer to approach.

Annoyed by the five-minute wait and the blistering heat rolling into the vehicle, she tapped her hands on the wheel. Without as much as a hello, she stared straight ahead as she handed him the packet with her license visible on top.

The officer cleared his throat. “Ma’am, are you aware why I stopped you?”

Ginger tried to bite her tongue. She wanted to get this over with but being pulled over on top of everything else she’d been through was the straw that broke the camel’s back. “Driving too fast in a one-horse town?” She craned her head to the side and arched a brow, though she realized he couldn’t see her snarky wit through the dark-colored Tiffany sunglasses.

“Ma’am, can you step out of the vehicle?”

Oh shit. She forgot she was in Texas. This guy was probably riding on a testosterone high and didn’t like sass coming from a lady. Of course, this irked her, too. She could say what she wanted. This was a free country, and besides going five miles over the speed limit, she hadn’t done anything wrong.

“Officer, I object. I didn’t do anything to have to get out of the car. Should we call the station to report this to your superior? I don’t think I feel safe with you breathing down my neck and telling me what to do. Just give me the ticket, and let’s get this over with.” Ginger reached for her cellphone in the console.

That earned her a sharp, “Hands up where I can see them. Slowly remove yourself from the vehicle.” 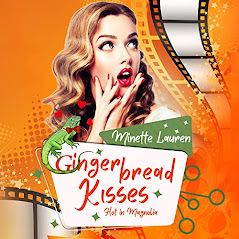 HALL WAYS BLOG: AUDIO BOOK REVIEW.  I don’t typically read romance novels, and certainly not steamy ones, but from the cover to the setting to the premise -- not to mention all the fabulous reviews on this Lone Star Lit Book Blog Tour, I simply could not resist the pull of GINGERBREAD KISSES. When it released in audio, the deal was sealed.
But  YOWZA! I had to switch from listening out loud and put on my headphones (and crank the air conditioner down) because author Minette Lauren isn't kidding when she named the series HOT IN MAGNOLIA. True story: my husband walked into my office and asked if I was listening to "that book" again, and when I asked why, he said, "Because your face is bright red."
“It was almost creepy how people waved and smiled all the time. It wasn’t that way in Dallas when she had been growing up. She guessed it was the small-town Texas thing.”
Heat level aside (did I mention it's smokin' hot? I got distracted...), this is a fun story with some great, memorable characters. I love the small-town vibe and how the women really rally around each other in times of need. And I love how the two main characters have a habit of throwing arched eyebrows at each other. And I love the bonus side stories involving animal escapades.
The dual narration by Samantha Brentmoor and Jason Clarke definitely added to the listening experience (and blushing factor). Each of them not only flawlessly performs their primary characters, but they also do well when they have to voice the opposite sex. And the author's choice to show the same scenes from two different perspectives worked perfectly with having the two narrators. (And made for some really amusing he says/she says interpretations of what was happening.) Absolutely no complaints.
There is much to love in this story, and only some minor "HUH?" moments with plot and character actions took me out of giving it a full five stars. I would recommend it for anyone who likes a steamy story, and I intend to go back and read the prior books in the series. (But I have a feeling, my husband will still be able to tell when I'm reading a HOT IN MAGNOLIA book. Red cheeks tell no lies.) 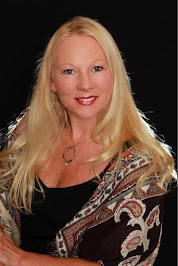 Minette Lauren is an award-winning author who loves animals and writes humorous romance in a small Texas town. 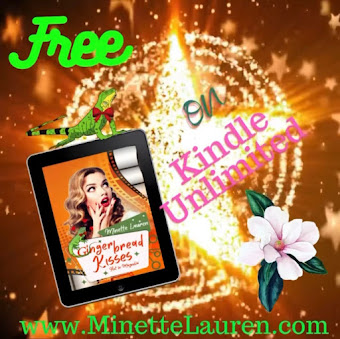 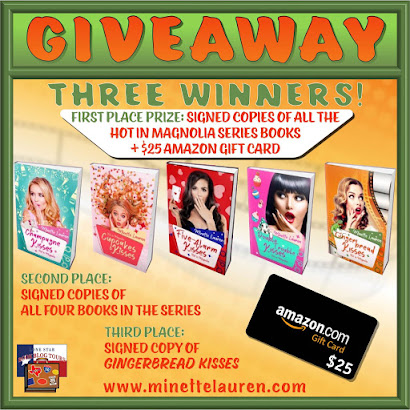 CLICK TO VISIT THE LONE STAR LITERARY LIFE TOUR PAGE FOR DIRECT LINKS TO EACH STOP ON THE TOUR, UPDATED DAILY, 0r visit the blogs directly: 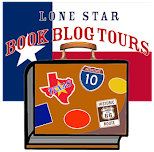