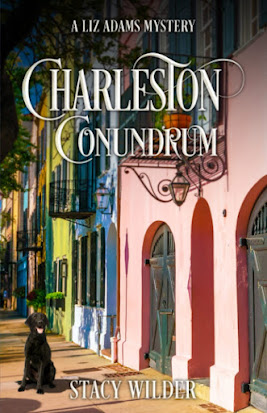 A Cozy Mystery with a Twist…
Liz Adams never imagined when she moved to Charleston with her truth sniffing Labrador retriever, Duke, that she would use her skills as a private investigator to avoid winding up on Death Row.

Liz’s life is upended when her best friend, Peg, is murdered and she becomes a suspect.  Liz’s gun was the murder weapon. Tensions flare between Liz and the cops as she rises to the top of their suspect list.

At the request of Peg’s father, Liz agrees to take on the investigation. Riding a roller coaster of emotions, Liz uncovers many secrets Peg kept from her despite being best friends. The suspects include a cast of characters: the ex-husband, the boyfriend, a coworker, several neighbors and family members.

Charleston Conundrum takes the reader from Charleston, South Carolina to Paris and back in the emotional unraveling of Peg’s life and death to a killer ending. It is the first book in the Conundrum series.
CLICK TO PURCHASE!
│Amazon│Barnes and Noble | Google Books|
Blue Willow Books | Murder By The Book

Charleston Conundrum would make a perfect book club
selection; here's all you need to be the perfect host! 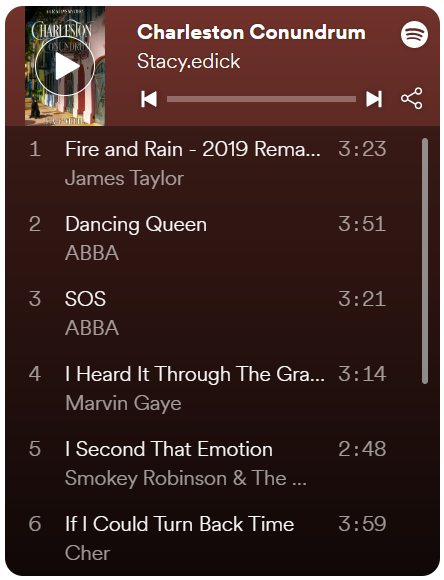 1. The Music: Set the mood with Stacy Wilder's playlist -- and set it on repeat! Click to visit All the Ups & Downs blog to play and/or download it from Spotify.
2. The Food:
Feed your fellow book enthusiasts with recipes from Charleston Conundrum, including Liz's King Ranch Chicken, Liz's Oops Salad, and Charleston Conundrum Cookies. Click to visit The Page Unbound blog to get those recipes, and here's one more:

Finely chop the eggs, celery, and red onion and place them in a bowl. Stir in mayo, mustard, dill, garlic salt pepper, and paprika. Garnish with fresh dill. Serve on your favorite bread. Enjoy!
3. The Signature Drink: What's book club without a beverage? For those who like to indulge in adult beverages, consider serving The Conundrum Cocktail. From the author: This recipe is compliments of the team at Hugh O’Connor’s Irish Pub, Houston, TX. Hugh O’Connor’s served the cocktail during the book launch party for Charleston Conundrum. Thank you Hugh O’Connor’s team for creating the cocktail and allowing me to share this recipe.

Pour ingredients into a martini shaker. Mix, add ice. Shake multiple times. Strain and pour in a martini glass. Garnish with a lemon wedge. Enjoy!
4. Discuss: Assuming you have read the book by the time the Charleston Conundrum Book Club meeting rolls around, here are some fabulous conversation-starting questions.
The Charleston Conundrum Book Club Questions:
1. What was your favorite scene in the book?
2. What was your least favorite scene?
3. How did the setting impact the story?
4. Which characters did you empathize with the most?
5. Which character traits did you like least?
6. What did you think about the community that Liz lives in and the broader community in Charleston?
7. Did you agree with the way Liz handled the investigation? If you disagreed, why?
8. Why do you think Peg kept secrets from her best friend, Liz?
9. Did you guess the ending? If so, at what point? What clue led you there?
10. Mysteries have red herrings, clues that are misleading. Were there any red herrings that threw you off track?
11. What do you think happens to the main characters after the book's ending?
12. Liz says, “It’s sad and true that the homeless can be invisible.” What do you think about that statement? What’s been your experience with people who are homeless?
13. Liz also says, “Someone once told me that all dogs have super powers. Duke’s was communication.” What do you think about that statement? Was Duke’s super power believable? Have you had any pets with super powers?
14. Are there any lingering questions from the book that you're still wondering about?
15. If you could ask the author anything, what would it be? 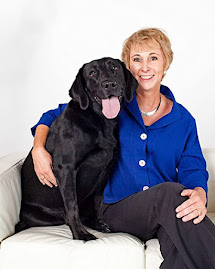 Stacy writes mysteries, children’s stories, short stories, and poetry. Her debut novel, Charleston Conundrum, is the first in the Conundrum mystery series.
Stacy’s mission is to deliver a delightful story to readers of all ages while benefiting a larger community. She donates a portion of the proceeds from the sales of her books to causes that support wildlife conservation, and the homeless, both people and pets. A portion of the proceeds from Charleston Conundrum are donated to National Alliance on Mental Illness (NAMI).

As well as writing, Stacy is passionate about her faith, family, Labradors, the causes that she supports, the beach, art, and reading books. 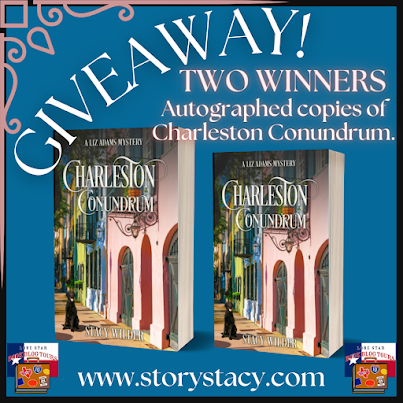