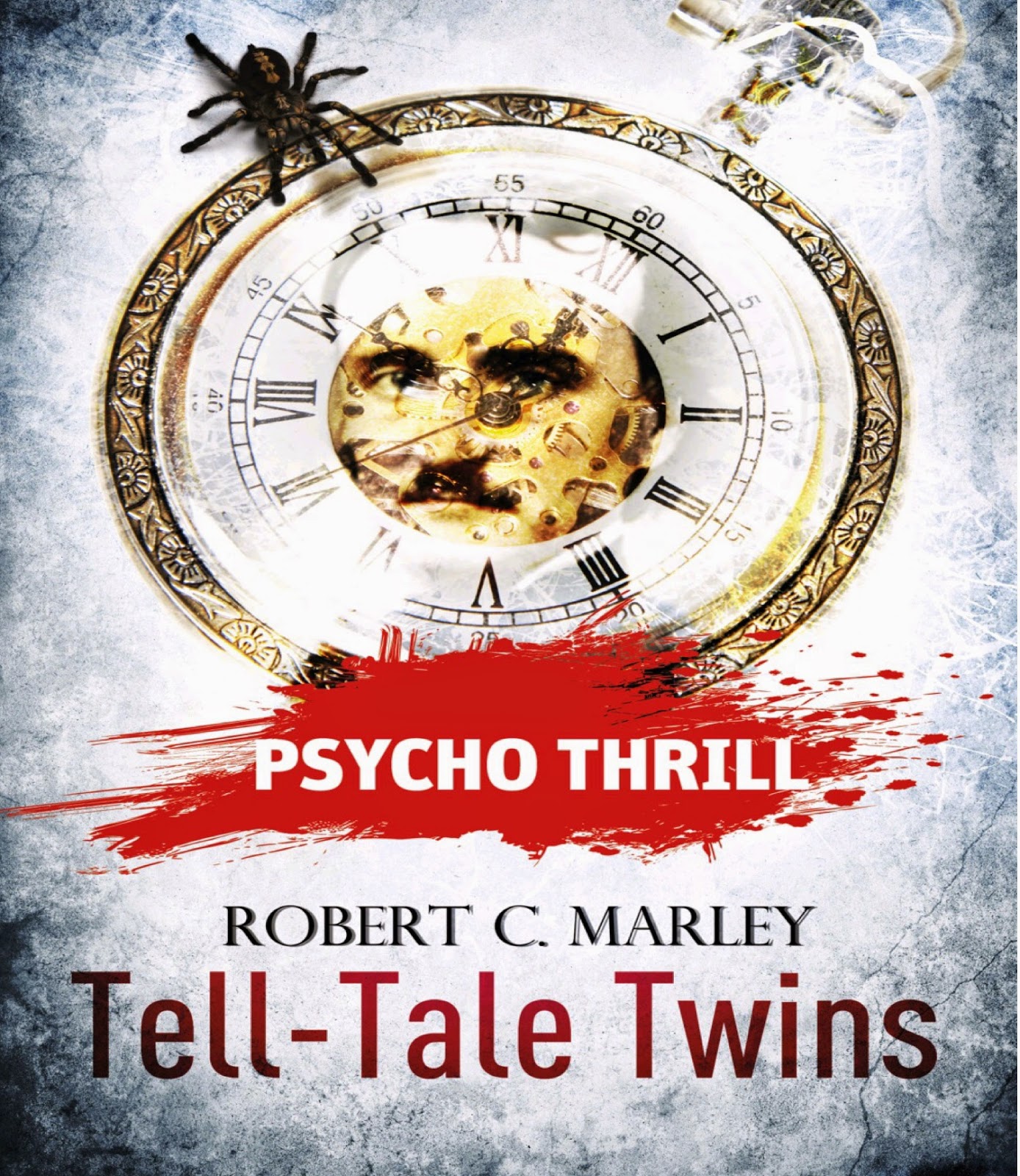 Adult / Adult for YA / horror / supernatural
(originally published in German, 2013)

I gave this book 5 of 5 stars on Goodreads


His memory blank to the events of the night before, Edgar Allen Poe awakens to find himself in a dark cellar with his slightly older doppelganger. The man forces Poe into a disguise, gives him mysterious instructions, and pushes him out the door, where Poe finds he's running for his life to escape both earthly and supernatural dangers alike. Within a week, the doppelganger is dead and buried as Edgar Allen Poe, while the very much alive Poe finds himself sailing to England as he enters a realm more horrific and unbelievable than any of his own novels. PSYCHO THRILL: TELL-TALE TWINS is one of a series of German horror novellas that thrills from start to finish.

Cool. Creepy. Quick. TELL-TALE TWINS is a must read for any fan of Edgar Allen Poe and at less than seventy pages, it packs a real punch for the readers' small time investment. Author Robert C. Marley manages to introduce complex scientific subject matter in a concise manner so that readers accept it as fact with minimal suspension of disbelief. The horror element is spine tingling, and kudos to translator Toby Axelrod for getting this right in the English version -- the descriptions will make a reader's nose crinkle and skin crawl. Surprisingly, for such a short story, there are several characters of importance, yet each is well-written and memorable. Poe is portrayed in a variation from how he's historically defined, but it only adds to his mystery.  The ending was fulfilling, and truly, TELL-TALE TWINS could spin into a series of Poe adventures that would this reader would love to see written.

This book was reviewed for Readers' Favorite, who provided me a free eBook in exchange for my honest review -- the only kind I give.
Posted by Kristine at 3:09 PM