I gave this book 4 out of 5 stars on Goodreads

CLICK HERE TO READ The Map, Book 1.5 in the series for FREE!

Great cover holds a great story where the diction is delightful and the characters are quirky. Set in the 1800s, etiquette reigns supreme, but main characters Abigail and Mr. Jackaby are bucking the system by being independent in their actions and thinking.

When I first began reading, it was reminiscent of another excellent YA book, Lockwood & Co. by Jonathan Stroud, but the similarities don't go much beyond having a young female and male teaming up to solve mysteries of the paranormal kind.  In Jackaby, Abigail doesn't possess any psychic abilities, but her keen sense of observation and intelligence (and strong stomach) make her a perfect side-kick to the eccentric Mr. Jackaby and his gift of sensing and dealing with supernatural beings.

Author Ritter has a wonderful way with words and some of the lines were really beautiful, like this one by Abigail: "My words petered out and slipped into the shadows, embarrassed to be seen with me."  Ritter does an outstanding job of fleshing-out Abigail and making her someone all readers would like to know. Abigail is not concerned about what other people see in her and is true to herself and doesn't judge others. She is sensible, a little cheeky, and has an open mind and isn't afraid to ask questions.  Mr. Jackaby is less difficult to dissect since he's awkward with human interaction, yet clearly his actions show his depth for caring, sympathy, and empathy.

Though there is a hint of a potential romance down the road in a sequel, happily, it's not between our main characters, and this story sticks to the tracking of a violent series of murders and trying to solve the mystery of who is committing them.  The clever reader will probably determine the identity of the killer fairly quickly, the method and motive will be a bit of a surprise.

There is very mild profanity (hell, ass, damned), no drugs or alcohol (though Abigail does sip an ale, which was perfectly acceptable for the times), and no sexual situations or innuendo. Sensitive readers are reminded that the story revolves around a serial killer, and as such, it is violent and bloody and gory and clear that the victims met terrible deaths.  Recommended for ages 12+.

Thank you to Algonquin Young Readers and NetGalley for providing me an electronic ARC of this book in exchange for my honest review -- the only kind I give.
RELATED: 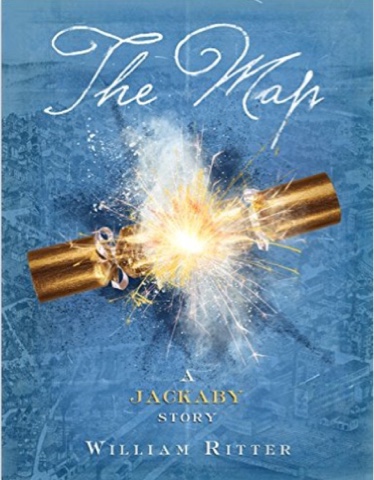