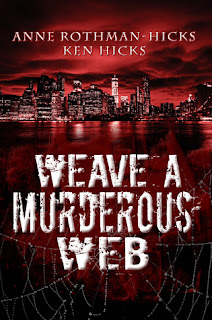 SYNOPSIS: No good deed goes unpunished. Mark Samuels, a somewhat seedy matrimonial lawyer, is dead from an overdose of suspiciously pure cocaine. Jane Larson, a hotshot litigator for a large law firm in New York City, is sucked into the world of divorce and child support when her friend Francine asks her to help out one of Mark’s clients.

Jane quickly learns that the case is a complete loser and that her new client, Gail, is a demanding and unscrupulous prima donna. However, through some skillful legal work and a tip-off from a mysterious informant, Jane uncovers a safe deposit box where the deadbeat husband has been hiding a large chunk of cash.

She also attracts the attention of a fellow lawyer (Bryan) who is handsome and successful and an excellent protector from the threats to her life that suddenly start popping up with alarming frequency, along with murders of people related to the case—among them the deadbeat dad and an undercover cop.

It soon becomes apparent that Jane's discovery of the cash has only started to unravel a web of lies, drugs, and criminal activity. Ultimately, she is involved in a race to recover a suitcase of money that Jane hopes will help police catch the murderer before she becomes the next victim.

I opened a drawer and pulled out a legal pad to record the names of mother and daughter.

“There’s just one thing maybe you should know,” Francine said.
My pencil poised in midair, and then wrote “one thing” with an exclamation point. I still have that piece of paper in the top drawer of my desk.
“Yes?”
“Well, Carmen Ruiz has kind of taken an interest in this because of the women’s rights angle and what happened to Mark and all.”

“Carmen Ruiz? Last time I heard of her, she was spending time at a fat farm.”

This was code. Everyone knew that the ‘fat farm,’ as I had injudiciously put it, was also a place where people could lose other bad habits, such as drugs.

Francine winced again and swallowed hard. “That’s unkind, Jane.”
Chalk one up for the meek.
“You’re right, Francine. How is Carmen doing?”
“She’s got a new gig on cable. One of the local news stations.”
I nodded. I was safe from unkind remarks if I kept my mouth shut. At one time the cognoscenti had called Carmen the “female Wolf Blitzer” because she had enjoyed asking the hard questions, especially of men who were not used to being pushed around. The fact that she had the flashing good looks of a gypsy queen didn’t hurt, but now she was scuffling on cable news.
“She said she called you a couple of times.”
“Yeah, well, I’ve been busy.”
I was on the verge of getting back the advantage, never easy in a conversation with humanitarian types like Francine, especially if your mother always places such types on a pedestal, a very high pedestal.
Martha has not been affiliated with any organized religion since her mind began to function at age eleven. Still, she shares Jesus’ distrust of wealth and is fond of quoting both his advice to sell all you have and give it to the poor and his adage that it is easier for a camel to pass through the eye of a needle than for a rich man to enter the kingdom of heaven.
“You don’t even believe in Jesus,” I argue.
“I don’t have to believe in Jesus as God to know he’s telling the truth,” she retorts.
When I had accepted the job at Adams & Ridge, Carmen had had some unkind things to say to mutual friends about my going for the gold. Her whole premise that Martha’s goodness had gotten lost in one generation to my grabbiness had cut a bit too close to the bone. I hadn’t forgotten.
“Carmen’s working on a series about children and the courts,” Francine said. “Kids falling into poverty are a very big problem.”
“I’m aware of the problem, Francine. I’ll skip over the question of what has made Carmen give a good hoot in hell about children all of a sudden. What does any of this have to do with that coke-head Mark?”
“Oh, nothing much. Nothing at all really.”
She was hedging, worried that the prospect of helping Carmen might have made me shut the whole thing down before it ever began.
“Go on, Francine.”
“It’s just... she knew Mark fairly well and doesn’t think his death was accidental. She says Mark did drugs too much to do something that stupid.”
“So she thinks he did it on purpose? Is that it? He committed suicide over the predicament of his client and child?”
“Not exactly,” Francine said.
In hindsight I can see clearly how nonchalant she wanted to seem, playing with the gold locket and dropping it inside her sweater, glancing in the direction of the window as if a pretty bird had alighted there.

HALL WAYS REVIEW:  There is a whole lot going on in this book to keep readers' minds engaged and fingers turning pages. At its core, Weave a Murderous Web is a mystery, but it is multi-tiered and includes a wide cast of characters and just as many red herrings to keep readers guessing at the numerous whodunits. Included in the list of issues to be resolved and solved are: murder, arson, theft, drugs, cheating, bribery, blackmail, and a sprinkling of love, lust, humor, and heartbreak.

The characters are particularly well-written -- from the couple who run the local diner to the flamboyant news reporter -- each memorable in his or her own way.  There are loathsome characters, but among the rest, the authors expertly tug readers back and forth so that it's never clear-cut who is trustworthy and who is not. Main character Jane Larson is the first to recognize her own flaws, but she's also not certain she's ready to fix them head-on. That, and her sometimes lack of good judgment when she knows better, makes her more realistic.

The authors did several interesting things in telling the story. First, the story is told from Jane's perspective and Jane directly addresses the readers. Second, in the beginning, Jane is telling the story in reflection and notes to herself and readers that she didn't recognize signs of things to come as they were presented to her. And finally, though it is first person point of view, readers only selectively know why Jane does some of the things she does. These things, plus the many forms of figurative language Jane uses to convey her thoughts, make the writing enjoyable.Where the writing could be improved is by a thorough editing; there are consistent comma and other punctuation errors, several agreement errors, and a few typos. For most people, this won't be distracting but it was for this reader, who admittedly is cursed with an overly sensitive editing eye.

As the story unfolds, there are twists and turns, dangers and deceptions.  When the story reaches its climax, several things come brilliantly into focus, but other things aren't explained well enough to understand the motivations for what occurred. There is so much implied and unspoken that I'm really not sure I could write a summary that had the correct ending.  Even so, I knew enough and was mostly satisfied with how the story concluded.

Weave a Murderous Web's main character Jane Larson is featured in another already published novel, Praise Her, Praise Diana, and a third Jane Larson book is expected in 2017.  I look forward to reading both! 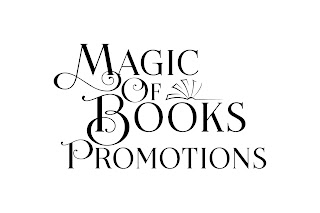