I JUST CAME HERE
TO DANCE 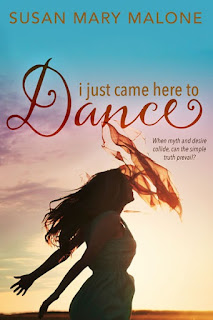 Paula Anne Fairbanks understands all about the unexamined life. And she likes hers that way—until her world gets ripped smooth apart.

Running from reality, Paula falls under the mythological yarns being spun on Diana Maclean's porch. Surely Paula's own choices aren't to blame for the summer of insanity she spends under the spells of Diana...who is, after all, known as the White Witch of Sociable, Texas.
I JUST CAME HERE TO DANCE, a modern allegory, waltzes atop the line between the creative and the crazy, the sacred and the maligned. Through myths it weaves together the multi-layers of personal Self with that of the collective whole. And finally, Paula Anne and the townsfolk learn the simplest of truths: that the fire's ashes produce wisdom and courage, just as the stories say.

PRAISE FOR I JUST CAME HERE TO DANCE:

"Malone's voice is one of the most charming I've read.  It brings the story and her characters to life.  I feel like I grew up with Paula right over the hill from the lively little town of Sociable, Texas."  --New York Times bestselling author M. Leighton

"Susan Mary Malone pens well-crafted characters that are so vivid you can picture them in an award winning movie or television series." --New York Times bestselling author Mary Honey B Morrison

". . . a magical story about love ripped apart, a life examined, and then healed.  To be read slowly, to savor as one would a tall cool glass of lemonade, on a hot afternoon, watching the world become new."  --Ginnie Siena Bivona, author of Ida Mae Tutweiler and the Traveling Tea Party, made into a Hallmark TV film, Bound by a Secret 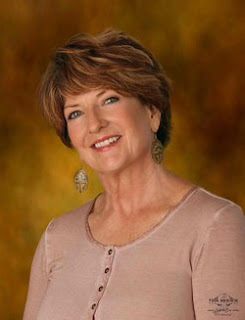 Texas native Susan Mary Malone has published two novels, co-authored four nonfiction books, and written many short stories. Her happiness is fiction, wine, and Labrador Retrievers, the latter of which she raises, trains, and shows. Literature is her love. In addition to writing, she edits; fifty-plus Malone-edited books have sold to traditional publishers, and one of them was made into a Hallmark Hall of Fame film (while another is in production, set to be released in 2015). Her stories revolve around the passions and purpose, the myths and meaning of women’s lives. Which often involves wine. She does, however, try to keep the Labradors out of that. 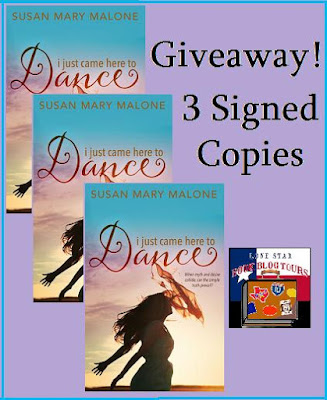 Congratulations to winners Leanne H., Lynn P., & Shelly H.!
a Rafflecopter giveaway
CHECK OUT THE OTHER GREAT BLOGS ON THE TOUR: