CHAMPION OF
THE BARRIO


The Legacy of Coach Buryl Baty 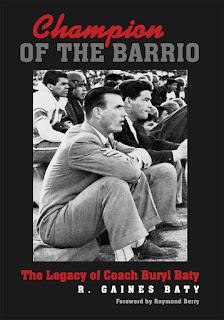 In 1947, after serving in WWII and quarterbacking the Texas Aggies during the glory days of the old Southwest Conference, Texas football legend Buryl Baty was drafted by the Detroit Lions. But, the NFL wouldn’t be where he’d create his legacy. He instead became the head football coach at Bowie High School in El Paso, where he’d inspire a team of Mexican Americans from the Segundo Barrio with his winning ways and stand against the era’s extreme, deep-seated bigotry.


Tragically, however, just as the team was in a position to win a third championship in 1954, they were jolted by news that would turn their worlds upside down.


Later, as mature adults, these players reflected on Coach Baty’s lasting inspiration and influence, and 44 years after his death, dedicated their high school stadium in his name. The El Paso Athletic Hall of Fame followed up that honor in 2013 by inducting Baty posthumously.


In this poignant memoir, Baty’s son, R. Gaines Baty, describes his own journey to know his father, portraying the man’s life and accomplishments through the perspectives of nearly 100 individuals who knew him, including many of the young men he coached and whose lives he changed. In addition to many documented facts and news reports. NFL Hall of Famer Raymond Berry provides a heartfelt and relevant foreword.


A university professor labeled this an important and historic piece of work. It is also a moving story of leadership and triumph over hardship, over discrimination, over tragedy, over one’s self.


***
PRAISE FOR CHAMPION OF THE BARRIO:


“The best love story I have ever read.” –William “Bill” Reed, author and retired news reporter/assistant editor at the Dallas Times Herald and Dallas Morning News.

“Champion of the Barrio is an important contribution to our understanding of the power of sports to reach, teach, and transform and a vivid portrait of an inspirational figure who was cut down too soon.” –Alexander Wolff, award-winning sports journalist, Sports Illustrated

“You could not grow up in Paris, Texas without knowing about Buryl Baty. He took on the world, and he won. This is an inspiring account and a great read.” –Gene Stallings, former head coach at Texas A&M, of the NFL’s St. Louis Cardinals and of the national champion Alabama Crimson Tide; Member, College Football Hall of Fame

“I knew Buryl Baty well. He created a glorious era and legacy for his team and school, and it was unbelievable how he captured El Paso’s heart. This is a gripping story — that brought tears to my eyes. Buryl Baty’s name lives on.” –Ray Sanchez, former writer and editor of the El Paso Herald-Post, author of seven books, member of five Halls of Fame and consultant for the movie Glory Road

“Perhaps one of Buryl Baty’s most important legacies is the hard lessons he taught a generation of Mexican Americans, who overcame so many strikes against them. El Paso owes Gaines Baty a ton of gratitude for reconnecting us with a man whose story continues to inspire.” —El Paso Times

"This is a true story of triumph -- triumph over hardship, over evil, over discrimination, over tragedy, over one's self.” – Gaines Baty


Author Gaines Baty sets the stage right away in the prologue of Champion of the Barrio: The Legacy of Buryl Baty.  The research and writing of the book allowed the author, nearly sixty years after his father's tragic death, to at last, really know his father, Buryl Baty.


Readers will feel fortunate that they, too, get to know Buryl Baty. What is striking about Buryl's life is how the kindness, discipline, and caring of adults molded him. His coaching was heavily influenced by what had been programmed into him from high school and college, and he was never about breaking down people but instead worked to build them up.


As I read the book, I found myself comparing Buryl's actions and decisions to what I observe happening in today's world, and sadly there are few similarities. Buryl was in love with one girl, and he married her. He felt called to help in the war and put his college football career, scholarship, and education on hold to serve his country. He had an NFL contract but rather than taking it, he chose to get a master's degree and coach high school football. He coached without using expletives or personal attacks and his players flourished.  He stood up against discrimination. How rarely those qualities are displayed these days.

I learned a lot from reading Champion of the Barrio, and as an Aggie, I enjoyed that Gaines Baty includes lots of Texas A&M school history, traditions, and anecdotes.  There are lighter moments, like the 1948 headline that read, "A&M Breaks Austin Jinx, 'Beats' t.u. 14-14," and more serious moments, like the severe hazing incidents that were rampant among the cadets. And of course, there is Aggie football from Buryl's Fish days in the then all male school.

As Buryl Baty, the star football player transitioned into Coach Baty, the star football coach, readers see that he was virtually unchanged. Just like he played the game, he coached the kids. His football lessons were his life lessons, and he taught both from the heart.  When Coach Baty encountered first hand the discrimination which his players encountered, he was incensed but taught the kids to channel their anger into football and to rise above the ugly words and actions (and objects) hurled at them. He also taught them, by example, not to accept it.  After the shameful discriminatory behavior the team experienced in Snyder, Texas in 1954 -- much of it from the officials --Coach Baty told his team,

"There were two contests going on here tonight: one of character, and the other of football.  You won the more important one."


Coach Baty seemed on the cusp of taking his fight against discrimination to the next level.  Sadly, he never got the chance.


The book is very-well edited, and Gaines Baty's writing is excellent, resulting in an engaging, exciting read. The highlighted football games are edge-of-the-seat fun, enhanced with news articles of the times and plenty of legendary appearances. Additionally, there are some forty photographs (many taken by Buryl Baty) and sections of quotes about and by Buryl Baty. An index is also included and I found it helpful when I wanted to re-visit a particular event or identify a person. I highly recommend this book for football fans of all ages.

"Give it your best every day -- everything you have!
You'll never regret doing your best." -- Buryl Baty 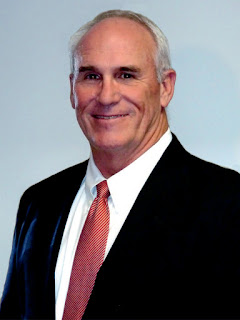 R. GAINES BATY, Coach Buryl Baty’s son, was a “Featured Author” and panelist at the 2015 Texas Book Festival in recognition of Champion of the Barrio, He has been published or quoted in the Wall Street Journal, Dallas Morning News, Healthcare IT News, etc. Professionally, he founded and leads a nationally-recognized executive search firm, and is a career counsellor, trainer and author. Previously, he was an accomplished college athlete, receiving All-Southwest Conference and All-Era honors. In 2011, he was inducted into the Garland (TX) Sports Hall of Fame. 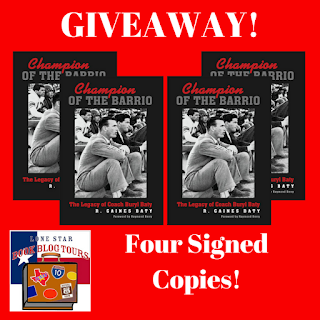