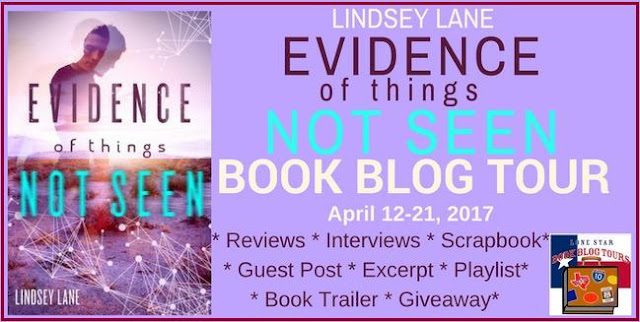 EVIDENCE
OF THINGS NOT SEEN
by
By Lindsey Lane 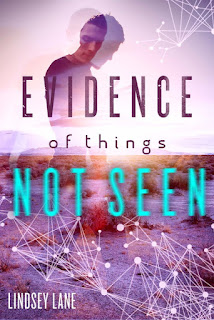 The facts are simple. The conclusions to be drawn from the facts are not simple. Did he run away to find his birth parents? Did he slip through a wormhole and enter one of the multiple universes he believed in? Did he simply wander off?

Only one thing is certain: until a possibility is proven true, all possibilities exist.

Told through multiple perspectives, here is a story about how residents of a small town seek answers to the mystery of a teen’s disappearance.

PRAISE FOR EVIDENCE OF THINGS NOT SEEN:
“In her first novel for teens, Lane offers a gripping and genre bending mosaic.” - Publishers Weekly

"This is the kind of book you tuck in with and escape into, and it will stay with you long after you finish the last lines.  Haunting and beautiful.” - Jennifer Mathieu, author of The Truth About Alice, Devoted, and Afterward

“The narrative jiggers between unexpected opposites—joy and fear, love and violence, grief and hope—all the while holding forth the constant idea that the world offers us credible evidence of what seems impossible if we only know where to look.”  J.L. Powers, author of Amina, This Thing Called The Future, and the forthcoming Broken Circle

"Ever look at a pearl and notice that its one color is, in fact, many colors? That’s the beauty of EVIDENCE OF THINGS NOT SEEN, the stunning debut novel by Lindsey Lane.” - Conrad Wesselhoeft, author of Adios Nirvana, Dirt Bikes, Drones and Other Ways To Fly

Check out the book trailer! 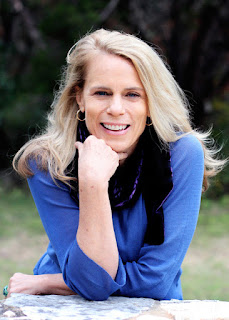 Lindsey Lane is the author of the young adult novel Evidence of Things Not Seen (Farrar Straus Giroux) and the award-winning picture book and iTunes app Snuggle Mountain (Clarion/PicPocket Books). She is represented by Erin Murphy Literary Agency. Before she received her MFA in Writing for Children and Young Adults from Vermont College of Fine Arts in 2010, Lindsey was a features journalist (Austin Chronicle and Austin American Statesman) and an award-winning playwright (The Miracle of Washing Dishes). Lindsey is a featured presenter at schools and conferences and universities and also teaches writing at Austin Community College, Writers League of Texas, and the Writing Barn. She lives in Austin, Texas but loves to travel, especially to the ocean. She loves books, films, good food and her cadre of dear friends. Her idea of a perfect evening is having a dinner party at her home with friends from around the world and discussing everything under the sun while eating, drinking, and laughing.
WEBSITE     FACEBOOK    TWITTER    INSTAGRAM
GOODREADS   AMAZON AUTHOR PAGE 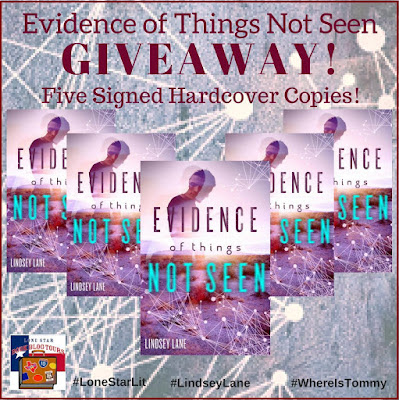