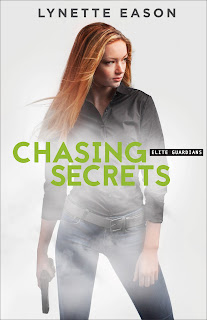 Intensity. Skill. Tenacity.
The bodyguards of Elite Guardians Agency have it all.

When a photo leads investigators in West Ireland to open a twenty-five-year-old cold case, Elite Guardians bodyguard Haley Callaghan’s life is suddenly in danger. Haley knows how to take care of herself; after all, she’s made a career out of taking care of others. But after she has an uncomfortably close call, Detective Steven Rothwell takes it upon himself to stay with her—and the young client she has taken under her wing. A protector at heart, he’s not about to let Haley fight this battle alone.

In a sweeping plot that takes them into long-buried memories—and the depths of the heart—Haley and Steven will have to solve the mystery of Haley’s past while dodging bullets, bombs, and bad guys who just won’t quit.

Praise for the Elite Guardians Series:
“A thrill ride from the first page until the last.”
—RT Book Reviews, top pick, 4½ stars for Always Watching

“Witty dialogue and a simmering attraction will have readers flying through this tension-laced thriller.”
—Family Fiction on Without Warning

So, Haley Callahan, tell us a little about your current situation.

HC: (with a slight Irish accent): Thanks for asking. Right now, I’m in a bit of a complicated mess that has to do with my past. I’ve found out that I’m not who I thought I was. And with that knowledge comes a whole lot of trouble.

Yikes! That sounds intriguing. What kind of trouble?

HC: Oh, you know, things like bullets, bombs and bad guys. Someone is out to kill me, and I’m just as determined to stay alive and stop them. Thankfully, I have Detective Steven Rothwell watching my back. He’s a good man.

HC: A bit. We’ll see what happens if we can ever find the time to actually get to know one another. Right now, he’s helping me dodge the bullets and the bad guys so the trust factor is already there.

I’d like to hear more about that soon. For now, let’s talk about who may be after you. Do you know who’s behind all the trouble?

HC: It could be Richie, who is the boyfriend to Belinda, a young mother I met a couple of days ago. She’s got a son, Micah, who needs a heart transplant, and another son, Zeke, who’s sixteen and thinks he knows everything. Unfortunately, Richie’s not a very nice guy, and he hates me because I made him look bad in front of a lot of people—including Zeke and Zeke’s mother. I’ve taken Zeke and his little family under my wing and am going to protect them no matter what.

Wow. That’s crazy. I’ll be pulling for you and Steven as you work to find out who’s after you. And poor, Micah, do you think he'll get that heart transplant?

HC: Only God knows that, but we're sure praying for it.

Keep me updated. I'd like to hear how that goes. In the meantime, stay safe, you hear?

HC: Oh, definitely. Well, looks like I’m out of time. My grandfather is here from Ireland. I’ve just met him for the first time, and I’m anxious to get to know him. Thanks for the chat; it was fun! Now, after talking to my grandfather, I’ve got to go take down some bad guys. Chat later! 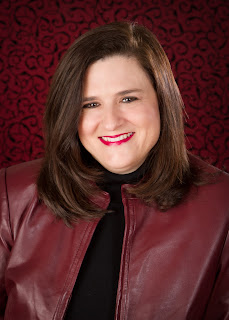 Lynette Eason is the bestselling author of the Women of Justice, Deadly Reunions, and Hidden Identity series, as well as Always Watching, Without Warning, and Moving Target in the Elite Guardians series.

She is the winner of two ACFW Carol Awards, the Selah Award, and the Inspirational Readers’ Choice Award. She lives in South Carolina. 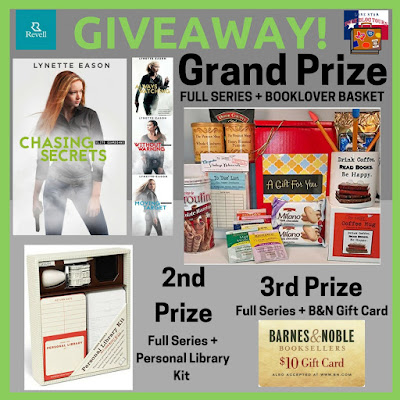