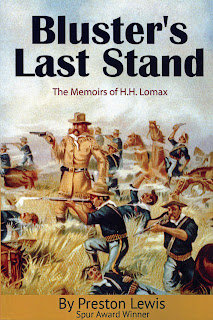 Events on the Little Bighorn might have turned out better for George Armstrong Custer had he listened to H.H. Lomax rather than trying to kill him.  To save his own skin—and scalp!—Lomax must outwit Custer and his troopers as well as face hundreds of Sioux and Cheyenne warriors swarming Last Stand Hill.

At least that is how Lomax in his inimitable style tells the story in this humorous romp across Old West history.  Lomax’s latest misadventures take him from the Battle of Adobe Walls to Buffalo Bill’s Wild West show.  In between, he’s a bouncer in a Waco whorehouse, a prospector in the Black Hills, a bartender in a Dakota Territory saloon and a combatant in the worst defeat in the history of the frontier Army.

Along the way, Lomax crosses paths with Bat Masterson, Buffalo Bill, Wild Bill Hickok, General Custer, his brother Tom Custer and the troopers of the Seventh Cavalry as well as hordes of Comanche, Kiowa, Sioux and Cheyenne warriors, not to mention the most dangerous adversary of all—a newspaper reporter with ambition.

Told with Lomax’s characteristic wit, Bluster’s Last Stand puts a new spin on the Little Bighorn and its aftermath.  Whether you believe him or not, you’ve got to admire Lomax’s luck and pluck in both surviving one of the darkest days in Old West history and writing about the disaster in the latest volume of The Memoirs of H.H. Lomax.
=================== ║===================

PRAISE FOR THE H.H. LOMAX SERIES:


“A new series by Preston Lewis features a protagonist, H.H. Lomax, who isn’t much of a gunfighter, horseman or gambler.  Instead, he is a likeable loser who runs into old western celebrities like Billy the Kid and the Jesse James gang, and barely escapes.”  —Wall Street Journal

“It takes a special talent to write first-person novels based on the premise of ‘lost papers,’ but Preston Lewis is an especially fresh and innovative writer and he knows how to do it.”
—Rocky Mountain News

Fans of the Western as a genre will delight in Lewis’ ongoing spoof of many traditions which fiction writers from Owen Wister to Elmer Kelton captured well enough to turn into key parts of our myths and folklore….Lewis’s wit is at times Puckishly wry, at other times bawdy in the manner of Chaucer.  It is always engaging.  —Texas Books in Review

THE WIT AND WISDOM OF H.H. LOMAX
Of the many characters Preston Lewis has created as a western and historical novelist, H.H. Lomax is the most endearing and enduring.  His droll wit, his irreverent perspective and his colorful idioms combine to provide insightful and often humorous perspectives on the events and characters of the Old West as well as on life in general.  Note Lomax’s perspective on various topics:

General Custer
There weren’t enough mirrors in the world to adequately reflect his opinion of himself. And my low opinion of the man did little to narrow the waistline of his bulging vanity…Fact was, if you had ordered a thousand sons of bitches from a Chicago mail-order house and only received him, you’d mark your bill paid in full. —Bluster’s Last Stand

Meeting Tom Custer:
That’s when I had the first inkling that bastards, like bananas, came in bunches.–Bluster’s Last Stand

Fight at Last Stand Hill
It seemed like forever, but it was over in an hour or less.  –-Bluster’s Last Stand

Philosophy of Life
Once things get to going good, something comes along and changes everything for the worse. —The Redemption of Jesse James

Ignorance
He didn’t strike me as the kind of man who’d grow bowlegged toting his brains around. —The Demise of Billy the Kid

Parental Responsibilities
The way I saw it, if Pa and Momma had brought me into the world, they should’ve made my life easier rather than putting me to doing chores. —The Redemption of Jesse James

Bartending
Running a saloon is as respectable an occupation, as say, running for political office, and you get to meet a higher class of people. —Mix-Up at the O.K. Corral

Custer’s Presidential Ambitions
I knew Custer was just the type of man the nation needed, if we wanted to run the country into the ground.  That’s when I came to understand that ambition trumped truth and the quest for political power trumped decency. —Bluster’s Last Stand

Custer’s Political Future
I figured his future was in hell, then realized politics and hell were likely one and the same, there not being a decent person in either. —Bluster’s Last Stand

Honesty
I certainly hadn’t intended to tell a lie, but the facts got away from me.  And I knew I would never tell another lie unless it couldn’t be avoided. —The Redemption of Jesse James

Texas
Texas was a big state. You could ride all day and not see anything worth seeing. Most of Texas was a hundred miles from civilization, fifty miles from water, and six inches from hell. —Bluster’s Last Stand

Texans
Generally I preferred Texans to smallpox, Republicans and tax collectors, but little else. —The Redemption of Jesse James

Frontier Civilization
In every boomtown I’d ever been in, I’d heard a clamor for the law to come in and civilize the place.  Only problem was, the law was just as bad as the lawless, and the little man got trampled by them both. —Mix-Up at the O.K. Corral

Farm Work
Farming is damn boring work, unless you enjoy watching a mule’s butt as you wrestle a plow through the stubborn earth. —The Redemption of Jesse James

Buffalo Bill Cody
With a dramatic gesture he must have learned from theater work, he yanked off his hat and bowed like a performer after a standing ovation.  That was Cody.  He craved attention and acclaim as well as the women that always seemed to be with him when his wife wasn’t. —Bluster’s Last Stand

The Earp Brothers
I came to believe there were several nooses hanging in their family tree. —Mix-Up at the O.K. Corral

Doc Holliday
Guns weren’t always loaded, but Doc generally was, which was what made him so dangerous. —Mix-Up at the O.K. Corral

Big Nose Kate
I had to admit she was a comely woman, save for the nose, and I had a good curiosity about how she treated a man.  But I’d never considered suicide, which I figured I might be doing by messing with Doc’s woman, even if she was her own woman most of the time. —Mix-Up at the O.K. Corral

Waco and Religion
Waco … seemed to have more churches than people …On top of that, the fine people of Waco had a fancy four-story brick jail, promoted as the best in Texas. The way I figured it, Waco shouldn’t need a jail with so many churches and pious folks around. —Bluster’s Last Stand

Female Poise
Nothing gives a woman more confidence than good looks and plenty of money.
—The Demise of Billy the Kid

Bad Company
I knew these were all bad men and I didn’t much care for them, but I sure liked their food...There’s no better steak than one from another man’s beef. —The Demise of Billy the Kid

Fine Dining
Eating jerky’s about like chewing an old boot, though not as tasty. —The Demise of Billy the Kid

Death Threats
Waiting to be killed is an easy assignment.  You just sit around and worry. —Bluster’s Last Stand

His Future:
I didn’t know where I was going, but that was nothing new for me. —The Redemption of Jesse James

Preston Lewis is the Spur Award-winning author of 30 western, juvenile and historical novels, including Bluster’s Last Stand published by Wild Horse Press.
Bluster’s Last Stand, a novel about Custer and the Battle of Little Bighorn, is the latest volume in Lewis’s well-received Memoirs of H.H. Lomax series of comic westerns that began with The Demise of Billy the Kid.  Subsequent books in the series—The Redemption of Jesse James and Mix-Up at the O.K. Corral—were both Spur Finalists from Western Writers of America (WWA). 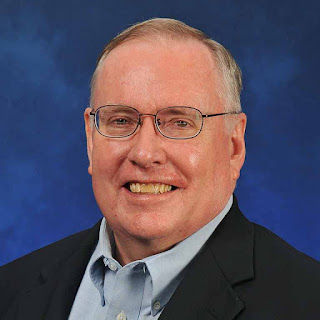 Lewis’s historical novel Blood of Texas on the Texas Revolution received WWA’s Spur Award for Best Western Novel.  His western caper The Fleecing of Fort Griffin in 2017 earned him his third Elmer Kelton Award from the West Texas Historical Association (WTHA) for best creative work on West Texas.
His True West article on the Battle of Yellowhouse Canyon won a Spur Award for Best Nonfiction Article.  In addition to True West, his short works have appeared in publications as varied as Louis L’Amour Western Magazine, Persimmon Hill, Dallas Morning News, The Roundup, Journal of the Wild West History Association and San Angelo Standard-Times.
A native West Texan and current San Angelo resident, Lewis holds a bachelor’s degree in journalism from Baylor University and master’s degrees from Ohio State in journalism and Angelo State in history.  He is a past president of WWA and WTHA.  Lewis is a longstanding member of the Authors Guild and an associate member of the Dramatists Guild of America.
Website ║ Facebook ║ Goodreads 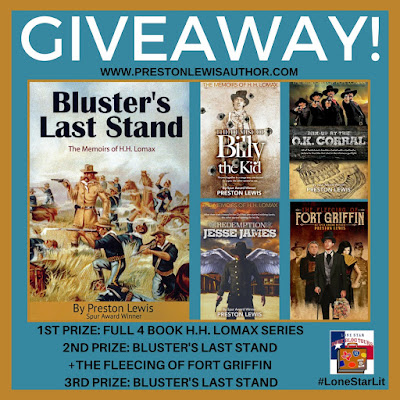