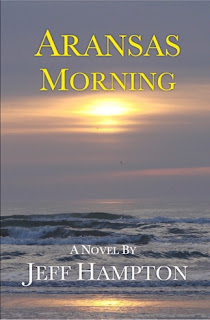 When Sam Barnes’ high-flying life in Dallas falls apart, he flees to the coastal town of Port Aransas, Texas and fades into the life of a reclusive beach bum. But things start to change when he meets Dave, a young widower working through his own loss; Shelly, owner of the Dream Bean coffee shop; Bo, a crusty old shrimper; and Allie, Bo’s free-spirited daughter. Together they are tested and forced to confront their own issues. In doing so they discover family and community.

PRAISE FOR ARANSAS MORNING:
“Engrossing characters that keep doing unexpected things. Strong sense of place along the Texas coast and deep knowledge of the culture. This book is about relationships and how ‘family’ and ‘community’ might be redefined.”

“In this heartwarming book, Jeff Hampton took me to a place I’ve never been and captured me with his delightful characters, seaside landscape, and deft use of words to portray a small group of people who came together to create and run the Dream Bean cafe. Great summer reading.”

“I loved the characters, with their flaws and their graces. It is an honest and heart-warming story of redemption coming through community. I’m really glad I read it.”


“Very quickly in the story, the characters became like friends. The book is engaging and held my interest.” 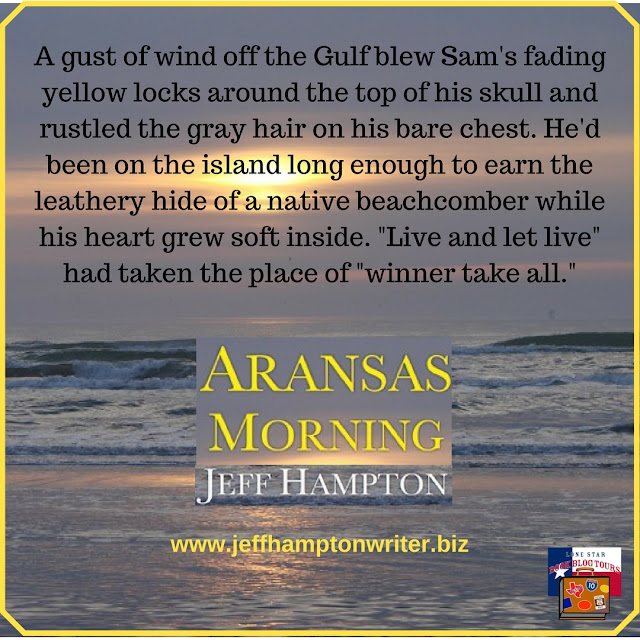 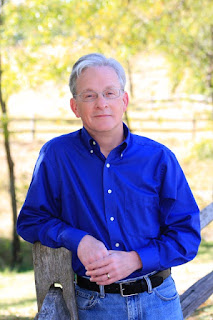 During a 35-year career in journalism and communications, Jeff Hampton has covered and written about topics ranging from business and finance to history and faith. His bylines have appeared in publications ranging from The Dallas Morning News to The New York Times.
He attended Baylor University where he majored in journalism and was editor of the Baylor Lariat campus newspaper. He began his professional career at the Waco Tribune-Herald and has written for newspapers, magazines, businesses, non-profit organizations and government agencies.
Hampton has based his life and career in Texas where his interest in observing the people around him has led him to write essays, short stories, and novels that explore relationships and communities in their many forms.
Aransas Morning is his fifth book, following Grandpa Jack, When the Light Returned to Main Street, Jonah Prophet and The Snowman Uprising on Hickory Lane.
Watch for Aransas Evening, a sequel to Aransas Morning, in 2018.
║ Website ║ Facebook ║ Twitter ║
║ Instagram║ Goodreads ║ 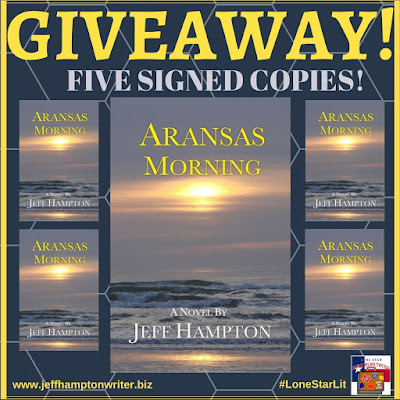