When budding historian Donnie Ray Cuinn stumbles upon an old letter in the musty bowels of the Texas State Archives, he believes he has uncovered the true story of Sam Payne's valiant, or perhaps not so valiant, capture of Mexican leader Santa Anna during the Battle of San Jacinto. Cuinn's findings are published in a local magazine. But the article eventually becomes fodder in the gubernatorial race between Democratic upstart Bob Braeswood and Republican favorite Sam Eben Payne V, the great-great-grandson of the Texas hero. Braeswood is intent on exploiting the past, while Payne will do anything to suppress it. In the ensuing battle, Donnie finds his beliefs, not to mention his relationships, stretched to the limit in the first novel of the Donnie Ray Cuinn series.


When Austin native Donnie Cuinn accepts a job as an associate in a Texas Panhandle law firm, his boredom and disdain for Velda, a sleepy Texas town, is forgotten when he gets caught up in a struggle over water rights, possible radioactive contamination of the nation's largest underground fresh water supply, and the violence of an invading Mexican drug cartel. Along the way, Donnie learns to respect the local rancher, whose brother is at the center of the troubles, and to come to terms with the violent death of his young Mexican wife.


This, the third Donnie Ray Cuinn book, pits Donnie against the old friends and new enemies guilty of land fraud and corporate greed. Donnie returns to Austin from his law practice in the Texas Panhandle to confront All-American football player Wesley Bird, his former best friend. In the company of beautiful, athletic Anna Kaye Nordstrom, Donnie experiences the "new" Austin of glitzy condos, trendy restaurants and social media. He also revisits the "old" Austin of barbecue, power politics and greens versus developers. Donnie finds that not much has changed. 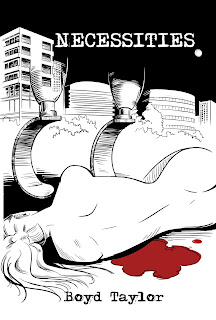 Meet the Author: BOYD TAYLOR lives in Austin, Texas with his wife and their Havanese dog Toby. Necessities is the fourth novel in the Donnie Ray Cuinn series. In a former life, Boyd was a lawyer and a corporate officer. A native of Temple, Texas, he graduated from the University of Texas at Austin with a B.A. in government and an LL.B. from the law school.

Boyd's first novel "Hero" was prescient in its story about fake news. His second novel, "The Antelope Play," dealt with drug trafficking in the Texas Panhandle, an unfortunately accurate forecast. The third, "The Monkey House", involved commercial development of a large green space in the center of Austin, all too familiar to Austin residents. Whether his upcoming novel "Necessities" predicts future events with the accuracy of the earlier books remains to be seen.
Connect with the Author: Website ~ Facebook 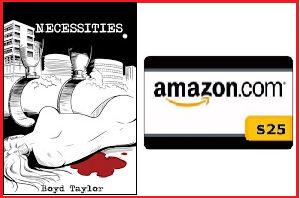