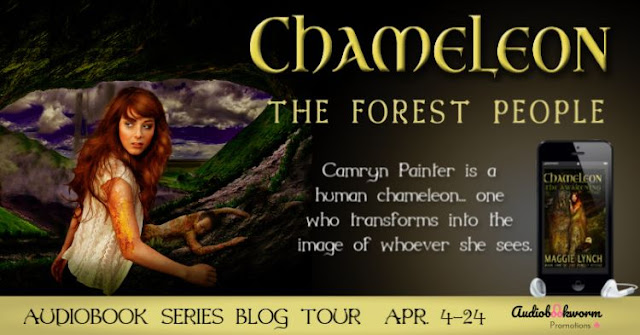 She turned a man to ashes. He scattered himself across time in multiple dimensions. Can she draw the ashes back in time to save him and prove she is the chosen one? 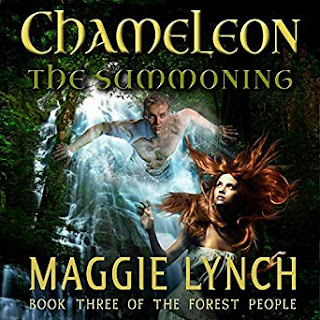 Surviving the ultimate transformation and the Agnoses predators, Camryn now faces the rise of a new Mazikeen Queen who thinks nothing of calling the darkness for her own needs. With the forest people on the brink of war, she retreats to the solitude of the Cloud Forests. To grieve. To heal. To accept she is the chameleon of prophecy.

But the ancient world proves to be anything but quiet, and she is far from alone. Guided by the first forest people, who are now elemental spirits, Camryn must master the powers of air, earth, water, and fire. Only then can she enlist her thunder dragon, control time itself, and save Dagger from the void.

Even then, her quest is far from over. With the realms of forest and human pitted against each other, one world teeters on extinction while the other tips toward eternal darkness. Only Camryn seeks a balanced resolution and with it, an impossible choice requiring her to make the greatest sacrifice of all.

Chameleon: The Summoning is the third audio book in The Forest People, a YA paranormal fantasy series. If you crave unlikely heroes and heroines, internal and real battles between creation and destruction, and mind-blowing magic, then you’ll love joining Camryn as she finds her true self and fulfills a 1,000-year-old prophecy against all odds. 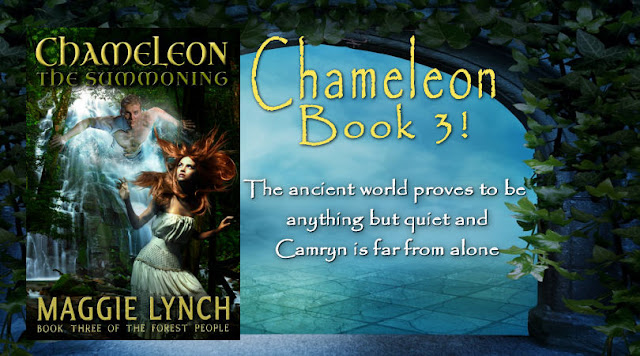 HALL WAYS REVIEW: AUDIO BOOK REVIEW. This third installment in The Forest People series picks-up right behind book two and takes readers along as main character Camryn hones her skills to be able to fulfill the prophesy of the Chameleon. (I don't recommend it as stand-alone; readers would miss too much.) Being the Chameleon and carrying all the weight the role brings would be a daunting task for anyone, but for a girl who wasn’t raised within the magical realms of the forest and who is riddled with guilt and fear, at times it seems overwhelming. Fortunately for Camryn, she is surrounded by beings who believe in her and who are committed to helping her develop her skills.

The peripheral characters in Chameleon: The Summoning bring the elemental world into focus for readers -- and Camryn. Endra, the new queen, drips with darkness and malice and magical strengths which made her a character readers will love to hate. (I wanted more!) Then there are the fairy-like ancient first Forest People, who shine with light and goodness. These characters, especially as voiced by Rachel Jacobs, make the scenes come alive when Camryn is being trained to use her elemental powers.

The strength and power and leadership of women is a recurring theme of the book, and there were scenes that seemed to channel other powerful females with whom readers may be familiar (Grandmother Willow from Disney’s Pocahontas, Bella from the Twilight series by Stephanie Meyer). Messages of friendship, respect, and the deep bonds women form as they support each other abound. Equally powerful is the message of what happens when hatred, jealousy, and ego corrupt a person.

“If the world is all light, then what is illuminated?”

Chameleon: The Summoning is all about balance, cause and effect, good and evil. The struggles within the story are both external between peoples and tribes and internal within various characters as they are pushed and pulled with decisions and quandaries. There is a lot going on with a huge cast of characters, numerous tribes, many sub-plots -- and little resolution -- which makes the story feel disjointed at times. (The ending is satisfying but a little vague and leaves me with more questions than answers.) But the stories keep moving forward and never stall for long, and the multiple story threads make it feel like author Maggie Lynch is setting the stage for future books – I hope so! There is a world of possibility in this series.

ABOUT THE NARRATION: In this third book of the series, narrator Rachel Jacobs really hits her stride; this is the best narration of the three. Her pacing is perfect, and she adds even more voices to the mix with the addition of Endra and the elemental first Forest People. Young or old, male or female, good or evil, dragon or human, Rachel manages to assign a voice that’s unique and memorable for each character. 5/5 Stars here.

Thank you to the author and Audiobookworm Productions for providing me an audio download via Authors Direct in exchange for my honest opinion – the only kind I give.

I received this audio book as part of my participation in a blog tour with Audiobookworm Promotions. The tour is being sponsored by Maggie Lynch. The gifting of this audio book did not affect my opinion of it. 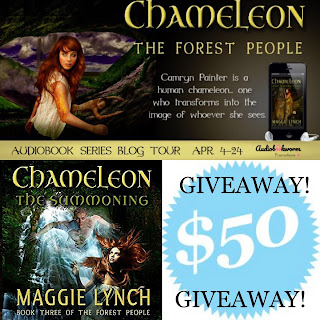