THE STAMP OF HEAVEN
by
JULIA ROBB 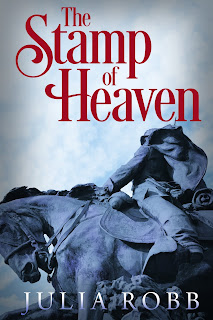 The Union Army wants former Confederate Army general Beau Kerry for alleged war crimes, but he’s hiding out where the Yankees least expect to find him: in the United States Cavalry. Beau is fighting Apaches out West and praying nobody recognizes his famous face.

But Lieutenant Kerry's luck changes when he runs into Sergeant Ike Jefferson and says, "The last time I saw you, I had you bent over a barrel and I was whipping you.” Ike is not only Beau's best friend (or worst enemy, depending on the day), he's Beau's former slave -- and Ike knows there’s a $5000 price on Beau’s head.

Caroline Dietrich has vengeance on her mind. Married to Colonel Wesley Dietrich, the Union fort commander, Caroline believes the best path to getting revenge against the Yankees, her husband included, is seducing her husband’s officers. Especially Beau.

From the killing fields of the Civil War, to the savagery of the Indian wars, the characters are also battling each other and searching for what it means to be human.

5-STAR PRAISE FOR THE STAMP OF HEAVEN:
"Her characters are vivid, relatable, and endearing. She brings to life the rigors of frontier duty, the harsh beauty of west Texas, and the complexity of war and reconciliation. A must read!”

"Julia Robb creates a masterful tale of friendship, loyalty, cowardice, deceit, and redemption in this fascinating story set in the aftermath of the War Between the States...Not a simple western yarn, this novel will keep you thinking and asking the Big Questions long after you finish reading it.” 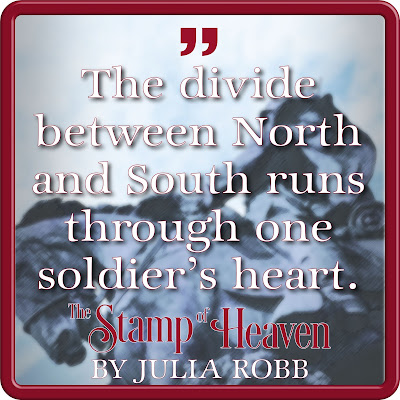 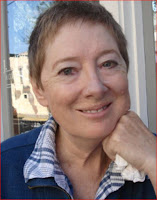 Julia Robb is a former journalist who writes novels set in Texas. She’s written Saint of the Burning Heart, Scalp Mountain, Del Norte, The Captive Boy, and The Stamp of Heaven.

Julia grew up on the lower Great Plains of Texas and lived in every corner of the Lone Star State, from the Rio Grande to the East Texas swamps. 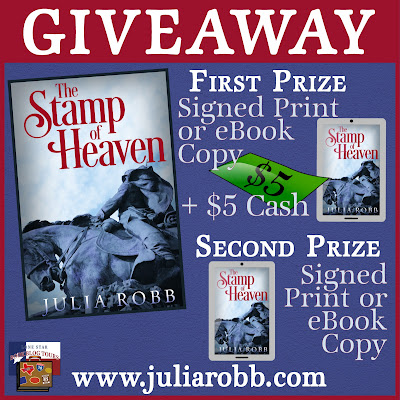