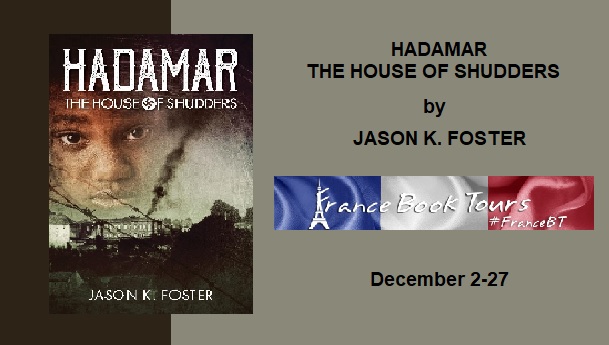 Nazi Germany is ruled by Hitler’s barbaric policies of racial cleansing. Ingrid Marchand’s only sin was to be born black. Horrifying institutions like Hadamar are where the undesirables – including the mentally and physically disabled and children – are systematically tortured, gassed and executed. It is where Ingrid is humiliated and brutalized and will encounter a depth of hatred the world has never seen before.

On the brink of starvation, can Ingrid survive the horrors of her incarceration and help bring her tormentors to justice?

Hadamar is a gripping tale of survival in a world of hatred, horror and insanity.


BUY THE BOOK
paperback and ebook available from the publisher, on Amazon, Google Play, or the App Store
Goodreads


‘Raus, into the showers,’ the tall SS doctor ordered.

Two enormous steel doors, each of which had a circular window in the centre, clanged shut behind us. I turned around at the loud banging of a metal bar as it was dropped into the lock. The other girls clung to each other for comfort but I stood alone, circling around as I examined my surroundings. Above the door was a line of black electrical wires. Next to them was a white cylindrical pipe leading directly to a window with two doors, almost square in shape except for a slight rise on the top. Beyond them were two steel poles that extended from wall to wall like parallel bars.

The other girls were now huddled tightly together, their scrawny bodies entwined like sickly trees. The end of the pipe I had seen the men outside feeding through the frosted, cross-hatched window lay on the floor beneath them. It had a series of holes along it. The walls were covered in white tiles. There was a water pipe running along the join between the ceiling and the furthest white-tiled wall until it turned at right-angles to form an L-shape. At the base of the L-shape was a black shower head. There was a pipe running across the centre of the roof, connecting to a network of pipes. Along each pipe were two smaller shower nozzles.

I looked down at the floor. It was black-and-white checked, like a huge chessboard. A buzzing, tapping noise started, which sounded like the bus engines starting again. The lights were switched off. The girls panicked and screamed. I stumbled away from them, towards the door through which we had come. I stared through the windows. I wanted the last thing they saw to be the hatred in my eyes. The doctors, the SS men and the Kripo man had their faces pressed up against the glass, peering through as if we were nothing more than animals in a zoo.

Another loud click. Then another. My thoughts turned to Mutti, Vati, Sarah, Fräulein Rothenberg. I wondered what Heaven might be like as I tried to take one last deep breath. It was impossible. The air was too thin. The other girls’ screams turned to gargles as they gasped for air. Some collapsed to the floor, their mouths wide open, their chests heaving from the effort of trying to force air into their lungs. The sound of another generator starting echoed through the room. More girls collapsed to the floor.

Jason is widely traveled having spent time in five continents and over fifty countries. He has taught in Australia, the United Kingdom, Spain and Argentina -- experiences that bring a distinct range and unique world view to his writing.

He has published ten books in the true crime and historical narratives genres. He has also been published the world over with his work appearing in a range of mediums from history magazines in the United States to Australian travel magazines to poetry anthologies in the United Kingdom.

Global Giveaway Open to All
1 winner will receive a print copy of this book
Ends 12/29/19, 2PM CST 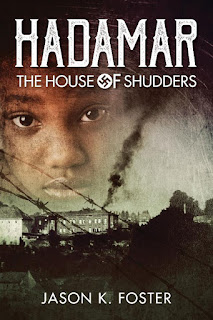 CLICK ON THE LOGO BELOW TO READ MORE REVIEWS, EXCERPTS, AND AN INTERVIEW.