Sexual Misconduct by Federal Judges, the Secret System that Protects Them, and the Women Who Blew the Whistle
by
LISE OLSEN
Nonfiction / True Crime / Metoo / The Courts

SCROLL DOWN FOR A GIVEAWAY!

Code of Silence tells the story of federal court employee Cathy McBroom, who had to flee her job as a case manager in Galveston, Texas, after enduring years of sexual harassment and assault by her boss-US District Judge Samuel Kent. Following a decade of firsthand reporting at the Houston Chronicle, investigative reporter Lise Olsen charts McBroom’s assault and the aftermath, when McBroom was thrust into the role of whistle-blower to denounce a federal judge.

What Olsen discovered by investigating McBroom’s story and other federal judicial misconduct matters nationwide was shocking. With the help of other federal judges, Kent was being protected by a secretive court system that has long tolerated or ignored complaints about corruption, sexism, and sexual misconduct-enabling him to remain in office for years. Other powerful judges accused of judicial misconduct were never investigated and remain in power or retired with full pay, such as US Circuit Judge Alex Kozinski and Kozinski’s mentee, Brett Kavanaugh

PRAISE FOR CODE OF SILENCE

Winner of the 2022 Investigative Reporters and Editors' Book Award

for Best Book of Nonfiction

"Another "true crime" book is being published later this month. But Code of Silence by Lise Olsen is not like most books - or podcasts -of that popular genre. For starters, there is no murder. We know who dunnit from the beginning. And it is anything but insensitive toward the victims and their families, a common criticism of many true crime stories. The culprit this time wasn't a marginal member of society. U.S. District Judge Samuel B. Kent was a federal judge, known for both his brilliance and his bullying.” –Rick Casey, San Antonio Report

"A long overdue exposé on how the judicial system suppresses claims of sexual harassment against judges. In this new era of reckoning with sexual assault and harassment, Code of Silence is essential reading." –Anita Hill

"Code of Silence is a beautifully written, disturbing as hell example of how the American experiment fails when it lets men set themselves up as kings." –Houston Chronicle

to pen her first book

One day you may find yourself — or at least spot your name — on the spine of a book on a shelf in your local library or bookstore. That is what happened to me last year when I walked into my hometown bookstore and spotted the red and white cover of my book, Code of Silence: Sexual Misconduct by Federal Judges, the Secret System that Protects Them, and the Women Who Blew the Whistle. It was sitting on a shelf next to Anita Hill’s latest, Believing. 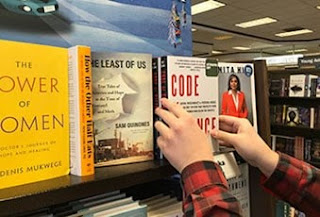 I had to snap a picture.

It’s definitely a thrill to finally be published as an author. And it really helped to have a REAL book event. Despite the pandemic, I’ve been able to have a few live events: in Houston, San Antonio, Dallas, Galveston, and El Paso, TX, and Omaha, Nebraska. In each place, that would not EVER have happened without the support of readers and friends and independent booksellers like Houston’s Brazos Books, Galveston Book Shop, Bookwoman in Austin, Deep Vellum in Dallas, and Omaha’s Bookworm.

In the crowd at the December 4, 2021, Omaha, Nebraska, event were my parents, J-school alums, and Anne Pagel, widow of longtime journalism professor Alfred (Bud) Pagel, who died in June 2020. Many other friends and mentors have provided support, advice, encouragement, and editing assistance all along my book-writing journey. Without them, I never would have gotten this book finished at all.

Still, doubts surface, especially when your book debuts during a global pandemic: Will anyone besides my friends actually read this? I spent 10 years — off and on — writing this book. But now that Code of Silence is out in the world; it has a life all its own.

Most books begin with a big idea and a dream. Mine began in 2007 with a rumor that arrived on a Friday afternoon in the old Houston Chronicle Texas newsroom. Employees at the federal courthouse in Galveston had seen something odd: a woman had run, crying, from the chambers of a powerful judge. Some thought the judge had sexually assaulted her. And it hadn’t been the first time.

As an investigative reporter in Houston, I’d received many strange tips that had turned out to be true. I’d investigated a swindler congressman. And the innocence claims of an executed man. This story turned out to be even more challenging.

It took a hot summer of door knocking, dozens of calls, and tricky negotiations with sources before I could print a substantive story; U.S. District Judge Samuel Bristow Kent had been formally accused in a secret judicial misconduct complaint of sexually assaulting two of his employees — on several occasions. Two former employees told me he’d also harassed them. One young clerk had been forcefully French kissed by Kent; the judge gleefully told another he’d be glad to “service her” when her husband had prostate cancer.

All this happened more than a decade before the #MeToo movement began. The woman who’d finally complained about Kent had been ordered never to speak to anyone — especially not a reporter. Those who best knew Kent were attorneys or court employees who feared the powerful judge, who’d been appointed by a president to a lifetime position. But my first big exposé on the case prompted congressmen to call for a criminal probe. By 2009, Kent became the first federal judge in history to be impeached for sex crimes, and he served time in prison.

Still, my obsession with the story didn’t end. I kept hearing about other misbehaving federal judges. And I knew that Kent had almost gotten away with his crimes. 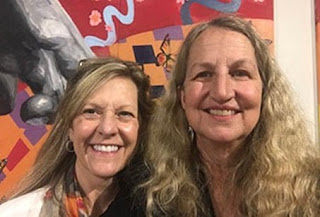 Me and my friend Jan Esteraich, who organized my event in Omaha.

If you write a book, you’ll find it’s probably because a story keeps calling to you. I wrote Code of Silence largely because what I knew about the Kent story was more troubling than what I’d ever been able to publish in the Chronicle.

Echoes of that story recurred in 2017 when other women came forward with tales of sexual harassment and abuse by more powerful men — including another federal judge. And in 2018, when a woman named Christine Blasey Ford testified that a Supreme Court nominee named Brett Kavanaugh had nearly raped her at a house party during their teen years.

I knew that Kent had almost escaped punishment because other judges had hidden the allegations against him as part of a secret system in which federal judges review complaints against each other. I discovered that other serious allegations of sexual misconduct by judges had never been investigated at all. In fact, dozens of complaints made against Kavanaugh were dropped after he was named to the Supreme Court.

But now that Code of Silence is out there in the world, readers are making their own discoveries. Some find inspiration in the stories of the women who were brave enough to come forward. Others see themselves in those characters — and the ways they suffered or confronted workplace harassment in their own lives. A few are inspired by the reform movements that began in 2017 and are speaking out. Some allies of the women I wrote about were still testifying in 2021 and 2022 before the house judiciary committee, still seeking changes in the flawed systems I described.

As for me, I’m thinking: Maybe it’s time to write another book.

(Lise Olsen’s first book, Code of Silence, was published in 2021 by Beacon Press; her forthcoming book, The Scientist and the Serial Killer, will be published by Random House.) 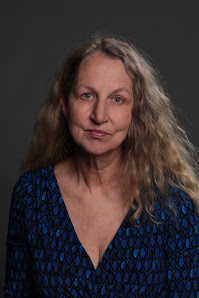 Lise Olsen is a Texas-based investigative reporter and author who has uncovered many twisted tales, including crooked judges, an unjust execution, massive environmental disasters, myriad cases of corruption, and unsolved serial killings. Her reporting has contributed to the prosecutions of a former congressman and a federal judge, inspired laws and reforms, helped solve cold cases, restored names to unidentified murder victims, and freed dozens of wrongfully-held prisoners. Her work is featured in CNN's "The Wrong Man" (2015) about the innocence claims of executed offender Ruben Cantu and the six-part A&E series on the victims of a 1970s serial killer, The Eleven, (2017). CODE OF SILENCE is her first book - the paperback from Beacon Press is out August, 2022. She is at work on a second book: THE SCIENTIST AND THE SERIAL KILLER.

CLICK TO VISIT THE LONE STAR LITERARY LIFE TOUR PAGE FOR DIRECT LINKS TO EACH POST ON THIS TOUR, UPDATED DAILY, OR VISIT THE PARTICIPATING BLOGS DIRECTLY: 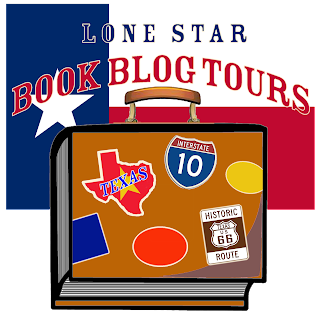