In the distant future, mankind's innovations have ultimately destroyed the earth's resources, and those who survive must live primitively. Miri is a fifteen-year-old living in Boreala, a village where the ground is dusty and the sky is always the color of coffee. Her people are the Rain-gatherers who, through prayer to their god Kalono, have the unique ability to melt the divine Rain pellets into the purest water, which is then traded for goods with other villages. When Miri's group is attacked by the Barbarians from Stratos, Miri kills one of them when defending one of her fellow villagers, which sparks a war between Stratos and Boreala.  Scorned by her people and responsible for killing many Barbarians, Miri is tasked by Exodus, the Chief of Stratos, to find her god and ask him for an invention that can bring both peace and war -- or the Barbarians will destroy Boreala and all its inhabitants.  Miri embarks on a quest that has her searching for the invention, but what she discovers has her questioning her faith, her beliefs, and all she's ever known.

War of Rain takes readers on a journey of finding power -- in prayer, in knowledge, and in self. It is the second book I've read by author H.W. Vivian (first was Chasers), and I was not disappointed.  The premise is so imaginative -- readers will absolutely love the mysterious Rain -- and the book on the whole is a very interesting treatise on how mankind may be destroying itself via progress; there are definitely some parallels to modern times worth reflection.  The story is told from main character Miri's perspective, which gives readers direct access to the wide range of feelings and emotions that Miri experiences. Though Miri is having to step-up in an adult capacity, the point of view reminds the readers that she is a teenager and her reactions are understandable and appropriate. This is not to say that they are clear or even rational -- she goes from being tender and thoughtful to a bloodthirsty killer to an intellectual whiz to an angry faithless person to a reverent girl of faith and back to a bloodthirsty killer, then lover, fighter, hater, writer! Miri's all over the place, but it really only further illustrates her confusion with her life and what she learns about the past, present, and future.

Vivian writes rich, easily envisioned characters, and despite there being a wide cast of characters, each has unique, memorable characteristics. The physical descriptions of the Barbarians are particularly vivid, especially when contrasted against the people of Tropos, who we meet in part two of the story.  It is in part two of the book that Lucas is introduced and most of the important backstory is revealed. Readers will appreciate that Lucas recognizes that knowledge is the most powerful weapon Miri can possess and will enjoy watching Miri's growth as she learns.

Also in part two of the book the focus on faith comes more into play, and I think that Vivian was spot-on in her accuracy of what many people go through when they are questioning the existence of a higher being and their own faith and searching for proof.  The whole book underscores the power of prayer, but in part two, the importance of faith and science is also brought to the forefront.  There are some wonderful lines from Lucas defining faith, such as, "Faith is believing that something greater than ourselves dwells in this world, even if it is not visible." In part three, divine intervention comes into play, and it is the divine intervention that Miri experiences that allows the conclusion of the book to work. Vivian utilizes the deus ex machina mechanism, normally off-limits for writers, but which succeeds here because of the set-up beforehand via the religious undertones throughout the story and the constant presence of the divine Rain.

The story is very satisfying as is, but there were some additional information that would have enriched it for me -- more explanation of Miri's internal voice, some of Exodus's story, and why oh why would they throw away Phillipe's weapon when Barbarian vengeance was coming?  Also, there were a few typos and writing oddities, but nothing that really affected the flow of the story.

I recommend this book for young adults ages 15 and higher. Sensitive readers should be warned that with war comes violence, and this book is often graphically violent with a huge body count and lots of blood and gore. There is no sex - but references to rapes - or vulgar language.

Thank you to the author for providing me a print copy of this book in exchange for my honest review -- the only kind I give. 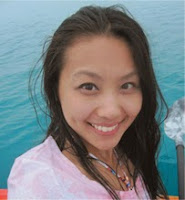