Goodreads Blurb:
Seventeen-year-old Scarlett Blake is haunted by death. Her estranged sister has made the ultimate dramatic exit. Running away from school, joining a surfing fraternity, partying hard: that sounds like Sienna. But suicide? It makes no sense.

Following in her sister’s footsteps, Scarlett comes to an isolated English cove with grand plans to uncover the truth. Alone. But she hasn’t reckoned on meeting two boys who are determined to help her. Luke: the blue-eyed surfer who’ll see the real Scarlett, who’ll challenge her, who’ll save her. And Jude: the elusive drifter with a knack for turning up whenever Scarlett’s in need.

As Scarlett’s quest for the truth unravels, so too does her grip on reality as she’s always known it. Because there’s something strange going on in this little cove. A dead magpie circles the skies. A dead deer watches from the undergrowth. Hands glow with light. Warmth. Power.

What transpires is a summer of discovery. Of what it means to conquer fear. To fall in love. To choose life. To choose death.

To believe the impossible.


====================================================
I did not plan for this book. It came across my email from Feed Your Reader as a Featured Freebie, I went to Amazon and read the sneak peek pages, immediately downloaded it, and read it straight through. Author Megan Tayte is a gifted writer who made her story and characters come to life with vivid descriptions and depth that will keep readers engaged, interested, and even invested by the end.  I am amazed that this book was self-published; it is expertly written and edited.

What makes this book work so well is the believability of the characters and how naturally the relationships and events unfold. Even the paranormal element is just a suspicion for most of the book, intentionally vague around the edges.  Readers will enjoy that Death Wish doesn't neatly fit into any one category because none of the elements overwhelms the story. Rather, there is mystery, romance, friendship, family dysfunction,coming-of-age, surfing, and paranormal all in somewhat equal parts. The pacing is perfect, steadily building to reveal some game-changing plot twists and setting the stage for the next book, Forget Me Not.

I recommend this book for older young adults, as the main character is eighteen by the book's conclusion and is living as an adult.  Though there isn't any sex (lots of kissing, not overly descriptive and refreshing that the romance is developing slowly), there are hints that the relationship may become more intimate in future books. There are references to drug use, as well as overindulging in alcohol.  It should be noted that the author is British, as are the characters and setting, so American readers will need to adjust to unfamiliar language and different writing conventions -- all of which make the book more interesting and authentic.

Thank you to Feed Your Reader for passing on this jewel of a book.  I have already read the sneak peek of book 2 and will download it as soon as my iPad is recharged from my reading frenzy of book 1. 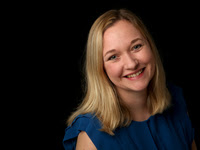 LEARN MORE ABOUT THE AUTHOR AND HER BOOKS