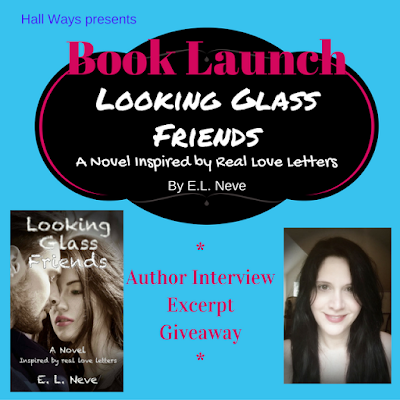 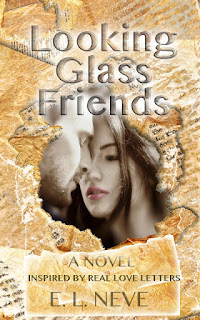 CAN OUR SOULS FALL IN LOVE...BEFORE OUR BODIES MEET? They fell in love over email, discussing Ayn Rand’s novel, Atlas Shrugged. Neither remembered the other’s face clearly. Both were married already. And she had a five-year-old son. But in the span of a few letters each discovered his soul's mirror image. So how could they live apart? Woven with poetry and philosophy this is a story about the nature of love, its enchantment or curse, and the heartbreaking question: Can a mother secure her child’s happiness by sacrificing hers?

E.L.: At its core this love story actually happened to me. Like so many people I’ve met through the years, I was caught in a disillusioned marriage, with a 5 year old child. I really did meet the love of my life by exchanging emails about literature; at least it was literature at first. So the events in the story are entirely imagined and the characters are very different from their real-life counterparts, but the emails and letters are real. The love confessions are real. Two actual people fall in love while trying desperately not to.

Hall Ways: How did you go about turning a series of emails into a novel?

E. L.: I hung all our emails in chronological order on the wall of my room. I then discovered a pattern to how we fell in love. It was a desperate struggle to both discover a soul mate and resist the irresistible attraction to this person. The drama was all there. I think of the letters as the soul of the story. I just gave it a fictional body.

Hall Ways: This story shows the power of books to connect people. How do you feel about that?

E. L.: When you find a story that matches the way you feel about the world, the book will draw you in and fill your mind with images and thoughts. And if the book is very good, it will change you. I wanted to write this story as a tribute to author/philosopher, Ayn Rand. I wanted to show what can happen to two unhappy people when they discover a life-changing book together.

Hall Ways: Which of Ayn Rand’s ideas influenced this story most?

E. L.: The idea that life is about happiness, not sacrifice. And more than that. The book shows that sacrifice doesn’t work. That’s the big question at the heart of the story: Can Ellie secure her little boy’s happiness by staying with a husband she’s growing to hate? I’ve seen so many unhappy couples in my life, who stay together for the sake of their kids. I wanted to show a better alternative, to give them hope and courage.

Hall Ways: If you had to pick one aspect of the setting as most important, which would it be?

E. L.: The year. This story could only have happened via email. Snail letters take too long. Phone calls are too personal, making us shy. Face-to-face is even worse. But in 1997, emails were fairly new. People let go their inhibitions and found a way to open up to strangers. Today this seems commonplace. But then it was new and liberating.
Hall Ways: What was your purpose in weaving infidelity into the story?

E. L.: A marriage can die without anyone cheating. But the fact that infidelity did happen in the story, made Ellie & Neil’s love more pure by comparison. They didn’t consummate their love physically until they felt morally free to do so. In essence, we get to look at sex without love and love without sex. Neither works.

Hall Ways: You used the term "Looking Glass" instead of mirror in your title -- it definitely evokes a different mood/feeling. Was there a reason for this choice? Any Lewis Carroll/Alice in Wonderland nods here?

E.L.: Indeed, the reference came from Carroll. “How nice it would be if we could only get through into Looking Glass House!” said Alice. And we do, when we fall in love. And sometimes everything “goes the wrong way,” as Alice had said. But not if you find your soul’s reflection.

Hall Ways: I am a huge fan of your middle grade novel, The Sound and the Echoes. It was a very imaginative, high fantasy story, and you wrote it under the name Dew Pellucid.  Looking Glass Friends is about as far from that as you can get, and you've written it under a different pen name. Do you have to take on a different identity to write such dramatically different books? How does your mind set change?

E.L.: Kristine, I can’t say enough about how fortunate I feel to have met you on Goodreads! And yes, I must have a split personality, or two or ten. Each story appealed to a different part of me. Echoes, to the adventurous child of long ago; Looking Glass to the woman I am today. The pen names are part of the fun. As you know, Dew Pellucid is actually a character in the story, so I gave myself an Echo’s name (plus, Dew means Tal in Hebrew.) For Looking Glass, I chose E. L. Neve. It’s an anagram (jumbled letters). If you can figure out of what, you’ll see that the name is a tribute to two individuals (the writers of the love letters.)

Hall Ways. I have my own “falling in love via email” story, and it underscores the power of the written word. Do you think there are many more couples like us out there?

E.L: Wow! I’m so captivated to learn that you found true love through emails! This gives me an idea: I’m going to start a post on Facebook. If any of you have a similar story, send me a message or email me, and I will post your story with your first name only. Or even with a picture, if you don’t mind. This could be the beginning of something electrifying!

Hall Ways: What do you hope readers will take away from Neil and Ellie’s love story?

E. L.: The importance of finding your soul mate, your mirror-image, your looking glass friend. I think it’s more important than anything else. This person will be a reflection of everything you love best about, and you will dedicate your life to them, as they will to you. It’s an ideal that can be reached. The real love letters prove it.

Hall Ways: Can you share an excerpt, which isn’t included in the Amazon online preview?

E. L.: I’d love to share a scene, late in the novel, in which Ellie & Neil meet face-to-face at last.

She wished to be alone with him, to experience the sensation of being the only two people in a room. And then, perversely, Jake thrust them at each other when Fay asked to see the bunnies on the lawn, and he gallantly took her arm and led her out the patio doors.

Ellie’s wish came true—and immediately she felt some enchantment cracking in the atmosphere, giving way under a heavy weight of expectation. She wanted Neil to stop all motion, all pretense (eyes for everything but her.) Instead, peering down the hallway again, he asked about her library; she had mentioned once that it was her favorite room. He wanted to see it. She led him there, stiff with awareness of his presence at her back.

Her handcrafted scrolls decorated the cream-colored walls and seashell bookcases of the wide, airy room. He took all her poems in with a long, panoramic gaze then bent to decipher the titles of the books near him. And all the while he kept his back to her.

Ellie noticed just how cheap his jeans looked (no designer seams, no fashionable tears in just the right places.) And when he bent to a bottom shelf she saw the hem of his white underwear, faded, un-beguiling.

“No Rand books under R?” he said, suddenly looking at her.

Her mind snapped to attention.

“They’re all upstairs in my room. You have blue eyes,” she added breathlessly.

The light from a floor lamp shone through the lenses of his glasses. Suddenly those twin windows to his soul were alight, looking straight at her, kissing her spirit with a single word. “Yes.”

“I didn’t know,” she stammered.

He just smiled at her.

She felt her face growing hot. Every phone conversation, every letter they had shared, shone from the floodlights of his eyes. She wished he would say something; words would break this unbearable intimacy. He kept silent, shining his admiration through the face of a man she had only met socially an hour ago.

‘This is so strange,’ she thought, and her glance ran away like a frightened child. She caught herself a second later and looked at him again. But he had turned his attention back to her books, as if this were the only library in the world.

No declaration of love followed, no embrace, no kiss. Their friendship had so outstripped this face-to-face meeting that the tension between them felt like bars on separate cages. He paced her library, his eyes on her books, and she watched him furtively, feeling just as lost. And soon Jake called them back.

For the remainder of Neil’s visit Ellie tried to catch his eye. Through all the small talk she could muster she was thinking, ‘Try again. Look at me! I’m giving you an excuse. I’ll talk until daybreak, just look at me!’

But he never did, not even when she stared at him as he walked to his car and stopped by the driver’s side door to thank them for a lovely evening; though he looked at Jake only. While she felt Fay’s eyes watching her watching Neil, until she had to drop her gaze for propriety’s sake, or was it pity?

‘At least call me,’ she thought. But it was after midnight and he did not call, and she did not dare either. 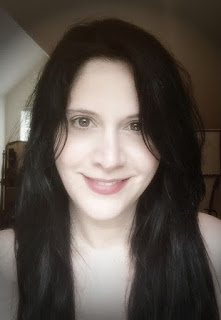 Tal Boldo likes to write under pseudonyms that relate to her stories. E. L. Neve is a clue to two identities (in honor of the letters that inspired this novel.) For her middle grade fantasy, The Sound & The Echoes, she chose the pen name, Dew Pellucid. The novel was a Juvenile Fiction Finalist in the National Indie Excellence Awards (2013), and received an Honorable Mention in the Los Angeles Book Festival (2012).

Interested in reviewing this book on
Amazon and/or Goodreads? Email the author!