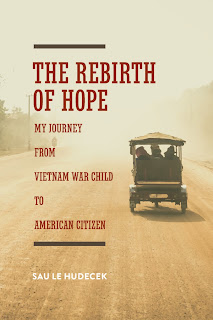 Born in a demilitarized zone during the Vietnam War to a Vietnamese mother and American soldier, Sau Le arrived in the United States as a young woman with only twenty dollars in her pocket. Though bullied and abused since childhood, she nevertheless came to her new homeland armed with courage and determined to build a decent life for herself, her infant son, and her traumatized mother. This is the story of how she overcame every conceivable hurdle—significant culture shock, a daunting language barrier, serious illness, heartbreak, and betrayal—to become a landlord, a successful business owner, a joyous wife and mom, and a woman blessed with generous, loyal friends. She describes an arduous journey, both physical and emotional, from a place of terror and utter despair to a life overflowing with love and prosperity. Ultimately, this is a story of hope, something Sau Le thought she’d lost long ago in the minefields of Vietnam. Her goal is both to uplift and to remind everyone born on American soil that anything in this land is possible for those willing to put dedication, faith, and passion to work.

Praise for The Rebirth of Hope:

"Sau Le has an innate abundance of beauty, wisdom, loyalty and dignity which led her to overcome unbelievable challenges and fully realize her dream in America. Thus proving once again that adversity builds character. I couldn't put it down."
—Dan Jenkins, bestselling author of Semi-Tough

“Sau Le lifted her head and walked through years of hard work and determination, inspiring other women along the way! Every word of her personal journey was written to remind all of us!”
—Robin Sanders, Sanders Travel Agency

“An inspiring story of a Vietnam refugee’s journey to achieve the ‘American Dream.’ This book is a lesson for everyone.”
—Martin C. Bowen, financial executive

“To have written this remarkable story is one more example of the focus and tenacity that Sau Le Hudecek has shown in achieving her previous goals. You will remember this gripping tale of resilience and courage.”
—Gail Williamson Rawl

“A truly inspirational story of a fearless person who overcame unbelievable odds to make a better life and obtain the ‘American dream.’”
—Janie Beggs

HALL WAYS REVIEW: I have a new hero, and her name is Sau Le Hudecek.  Reflecting on her character, many words pop to mind describing the author. So many, that I decided to make a word cloud! 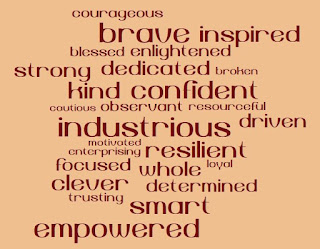 From the time she was born, as the child of a Vietnamese woman and an African American soldier, Hudecek was an outcast. More accurately, she was an outcast among the outcasts because she looked unlike anyone else in her community. Her brother beat her because he blamed her for being different, and that made his life tough. People told her the Viet Cong would execute her.  She was excluded from school activities. Her head was shaved bald because her hair was different. When she excelled academically, she was bullied and beaten.

Through it all, her widowed mother loved her but didn’t comfort her or help her understand why she was different. Sau’s mother was broken but powering through to survive. Early in the book, Sau describes how during the war, she, her mother, and her siblings hid in tunnels all day, as bombs exploded above ground. In the evenings, her mother would go into what was left of the fields.

"Her sole purpose was to pick through the violent remains of war, hoping to find something that still had life in it."

Truly, Hudecek’s writing at times is more impactful and beautiful than that of most native English speakers.

Where most of us have limits as to how much cruelty and rejection we can handle, Sau created layer upon layer of a protective shell and moved forward, always with a focus and drive to do better and be better and make a difference.  When she had a chance to move to the United States, she took it and attacked assimilation like she was fighting a battle. In a way, she was fighting a battle with all the demons of her past who made her feel ugly, inadequate, and unworthy and inferior.  Sau Hudecek is a demon slayer extraordinaire.

A strong theme in the book is defining the American dream, and Sau’s definitions are insightful. She believes that freedom is what being American is about, but interestingly, she believes that real freedom can only be achieved if one has freedom from debt. The Rebirth of Hope is not only a chronicle of her experiences, but she also doles out advice which she has used herself to live and succeed.

"The key to carving out . . .success is in your attitude towards material things and how you define what is considered a bare essential.”

Despite some horrible American experiences – her being conned by a man claiming to be her father broke my heart – Sau always saw the positive in people and remains grateful. She says that the great thing about America is that it’s full of kind and generous people. Clearly, she is one of those people.

Sprinkled with humor, The Rebirth of Hope reminds readers that we are abundantly blessed to live in this country and to enjoy the many luxuries and freedoms it affords. As a Fort Worth girl myself, I was (mostly) proud of the people here who showed Sau how good and helpful humans can be to each other. Hudecek takes nothing for granted and shows readers that no one else should, either.

Admittedly, I decided to read The Rebirth of Hope: My Journey from Vietnam War Child to American Citizen because I liked the cover and the idea of the book.  I will recommend it again and again because Hudecek’s story is more important than ever to hear. To say she and her life are inspirational is a gross understatement.

Thank you to Lone Star Book Blog Tours and TCU Press for providing me a print copy in exchange for my honest opinion – the only kind I give. 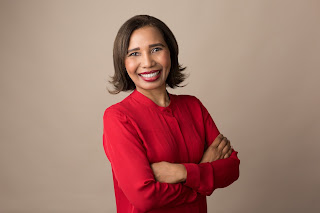 Sau Le Hudecek owns a successful salon in Fort Worth, Texas, while still serving her own elite clientele.  In 1993, she arrived in the United States at the age of 22 and was sworn in as a citizen in 2001. She lives with her family in Granbury enjoying the sunsets from their home on the lake. 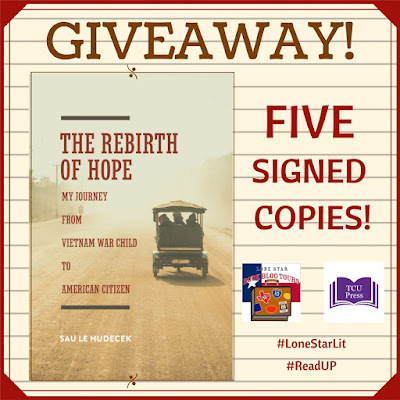 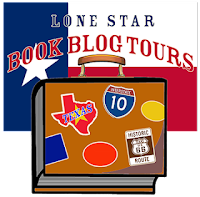