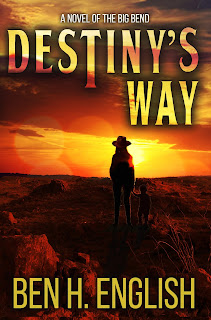 Kate Blanchard woke up one morning in a dream home she could no longer afford, with a young son who needed a man’s influence, and not a friend among those who had claimed to be prior to her husband’s mysterious disappearance.

About all she had left was a ramshackle ranch along Terlingua Creek, sitting forlornly in the desolate reaches of the lower Big Bend. It was the only place left she could go. There she finds a home and a presence of something strange yet comforting that she can’t put her finger on or fully understand.

With that ethereal presence comes Solomon Zacatecas, a loner with his own past and a knowledge of her land near uncanny in nature. He helps her when no one else can and is honest when no one else will be, but she suspicions that he is not always completely so.

Yet her quiet, unassuming neighbor proves to be more than capable in whatever situation arises. That includes when standing alone against those who would take everything else that Kate had, including her life as well as her son’s.

“This is one of those rare books that you simply can't put down. Ben English 's writing style is pure magic. He really brings this historical fiction book to life. Immediately, you are drawn to the main characters Kate and Solomon and feel as though you are right there next to them, experiencing what they are experiencing. Destiny's Way is one that would do well on the Silver Screen.”
-- Catherine Eaves, published author

“Ben does a superb job with this book! Excellent characters, true-to-life environment that is part and parcel of the story, twists and turns enough to make you wonder what is going on, and a slice of life down in Big Bend that rings true. That area has historically been full of 'characters' throughout its history, and Ben brings those characters into the book, raising the hair on the back of your neck. Highly recommended!”
-- J. L. Curtis, author of the Grey Man series

“Ben, I love how your words and your memories reach out and connect the past with the present and touch so many people along the way. You are the connector! Bravo Zulu, my friend.”
-- Matt Walter, Museum of the Big Bend Curator 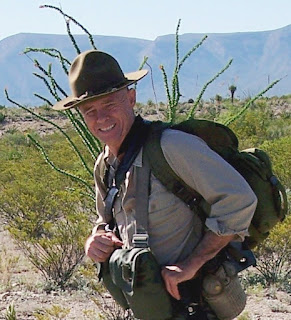 Ben H. English is an eighth-generation Texan who grew up in the Big Bend. At seventeen he joined the Marines, ultimately becoming a chief scout-sniper as well as a platoon sergeant. Later he worked counterintelligence and traveled to over thirty countries.

His intimate knowledge of what he writes about lends credence and authenticity to his work. Ben knows how it feels to get hit and hit back, or being thirsty, cold, wet, hungry, alone, or exhausted beyond imagination. Finally, he knows of not only being the hunter but also the hunted.

Ben and his wife have two sons who both graduated from Annapolis. He still likes nothing better than grabbing a pack and some canteens and heading out to where few others venture.