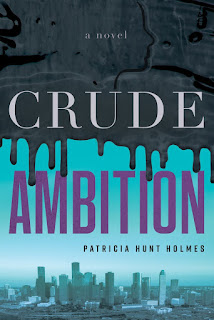 In the early morning hours after a law firm recruiting party at a beachside house on Galveston Island, a female summer intern is found lying on the floor, bruised, bleeding and unconscious.  Four men and one young woman attorney who were staying at the house know something terrible happened.

The woman attorney takes her to a hospital but the next day the intern disappears. All of them decide to keep silent, doing nothing about the incident in order to further their own career ambitions while the events of that night haunt the two women.  Time passes and then ten years later, crime and hubris bring the former intern back into their lives.  Only this time she has the power and the truth is finally brought to light, uprooting everyone’s plans.

From the power centers of Houston law and oil to the fracking fields of South Texas to the Jersey Shore and Washington D.C., this story chronicles the struggles of two ambitious young women in their quest for legal success and justice.

“Crude Ambition is a great read.  It is an authentic look at big law in Houston and the Texas oil business.  Patricia Hunt Holmes weaves a story of ambition, greed, romance and revenge that kept me turning the pages until all the just desserts were served.”

-- Marc Grossberg, J.D., Author of The Best People: A Tale of Trials and Errors

“In Crude Ambition, Patricia Hunt Holmes shows she knows Texas in the way Grisham knows Mississippi—politics, environment, strong men and strong women, egos, oil, arrogance, influence and hunger for power.  I don’t think anyone could have nailed it better.”

I write books about strong women who are confronted with physical abuse or psychological pressure but nevertheless survive.  I wrote my first novel, Searching for Pilar, which was published in 2018, as a result of learning about the terrible crime of sex trafficking and finding out that the city I lived in was the largest hub for sex trafficking in the United States.  I had to do a lot of research that involved reading survivors’ stories and talking to survivors, talking to the FBI, local law enforcement and prosecutors.  But I felt passionate about making people like myself who lived comfortable lives aware of what was going on all around us.  I knew my friends would not read the terrible tales survivors told, so I decided to write a thriller/suspense story that took place in Mexico and in Houston that people would actually read.  Pilar is an innocent young wife and mother who is tricked into applying for a job that is a trap to kidnap girls and women.  A cartel smuggles Pilar and two 13- and 14-year-old girls across the border to Houston, where they are forced to work in the back rooms of glitzy Galleria area men’s clubs and later in an infamous barrio cantina/brothel.  Pilar’s brother, Diego, searches for Pilar in Mexico and then in Houston, aided by a young woman lawyer and a private detective.   Pilar is an incredibly strong woman who struggles to survive and to keep the girls captured with her alive.

Houstonians told me that they identified with many of the characters of different classes I described in my book.  The city of Houston is a character in the story, which let locals see familiar settings in a new light. I believe I was successful in playing some part in revealing the unspeakable nature of the life that the poorest, least free women among us are forced to live.

My new book, Crude Ambition, is also a story about two young women struggling against the odds to achieve their goals.  But these women live in a world with which I am actually familiar, the world of big law and oil.  I had a 30-year career as a lawyer in a large, international law firm.  I loved my practice, my colleagues and clients.  The characters and story in Crude Ambition are fictional but I know the issues young women face in law firms:  getting good work, being taken seriously, being seen as assertive but not aggressive, being attractive but avoiding sexual overtures, and having to work harder and bill more than their male colleagues, for example.

Although the story is about the two different career paths Carolyn and Laura take after Laura is assaulted at a law firm recruiting party and disappears, I explore several different issues in Crude Ambition.  The lawyer/client relationship is one of the most important parts of being an attorney.  It can produce great benefits or, if the client is dishonest, and the lawyer turns a blind eye, cause the lawyer’s downfall.   Choosing practical solutions which advance one’s ambitions instead of sticking to moral principles is another issue I explore in Crude Ambition.  Finally, having a support system among women is invaluable and both Carolyn and Laura could not have succeeded without the encouragement and help of another female lawyer. In Carolyn’s case it is her glamorous colleague, Cynthia.  In Ann’s case it is an intelligent, young black female attorney who befriends her and helps her find justice.

I have met many smart, successful women in my life who have been friends, mentors or inspirations.  By writing about strong women, I hope I can inspire the women who read my books to set a goal and go after it, whatever the obstacles. 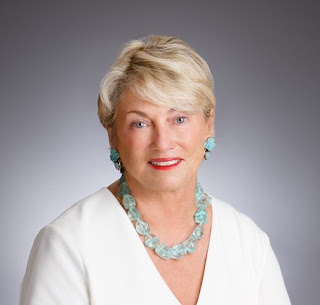 Patricia Hunt Holmes spent 30 years as a public finance attorney with a large international law firm, specializing in nonprofit healthcare finance and rural electric cooperative finance. Consistently listed in Best Lawyers in America, Texas Super Lawyers, and Top Lawyers in Houston, she was a frequent speaker at national public finance and health care conferences. Patricia has also served on the faculty of the University of Missouri-Columbia, University of Tennessee, and University of Texas Health Science Center at Houston. She has written and published in the fields of intellectual history and law.

In addition to her legal career, Patricia has been a member and board member of several social service organizations throughout Houston, including the United Way of the Texas Gulf Coast Women’s Initiative, Dress for Success Houston, the University of Houston Women’s Studies Program, University of Houston Law Review Board of Directors, is a Trustee of the Houston Grand Opera, and Houston Justice for Our Neighbors.

Patricia grew up in Egg Harbor City, New Jersey but has lived in Houston for over 40 years. She has two daughters, Hillary and Ashley, who have successful careers as an attorney and a geologist, and three adorable grandsons. She is an avid golfer and traveler. 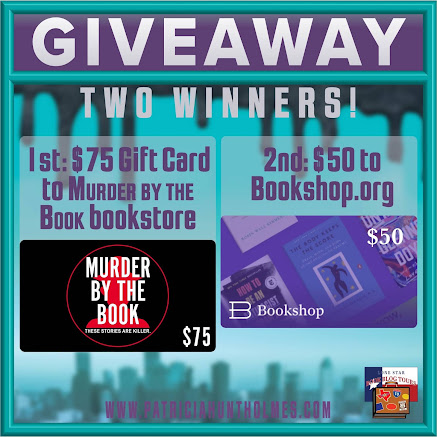 a Rafflecopter giveaway
VISIT THE LONE STAR LITERARY LIFE TOUR PAGE
FOR DIRECT LINKS TO EACH POST ON THIS TOUR, UPDATED DAILY.
Or, visit the blogs directly: