(There are two covers I have seen for this book. The top one is the one that was with my ARC, but the bottom one better fits with the art in the book, I think.)

This story, in graphic novel format, picks-up many years after where the story in the movie ended. Kimberly has long since died, and her daughter and teenaged granddaughter, Megan, still live in the same town that's convinced that Edward was a monster murderer and Kimberly was insane.  Megan doesn't believe either of those things because her grandmother told her the stories about Edward and his gentle spirit and the truth about what happened all those years ago and snoops around to confirm it. Meanwhile, Edward lives, as the unfinished creation of his maker, a lonely existence in the castle where he remembers Kimberly and spends time searching through his maker's notebooks of abandoned experiments.  When he discovers and awakens another of his maker's creations, he soon realizes that the creature, whom he names Eli, is also incomplete, but Eli's thirst for finding his missing part is deadly which leads him to kidnap a boy from town.  The townspeople storm Edward's castle, sure that he is again up to his evil ways, and ignoring Megan who knows that it was Eli, not Edward who is to blame. As Edward realizes the error he made in not reading all the notes before awakening Eli, he and Megan cross paths and team-up to catch Eli before things get worse, but can they stop Eli in time or will the townspeople destroy Edward first?


Fans of the original will enjoy seeing more of Edward Scissorhands and a new storyline to follow. Kate Leth's story is creative and reasonable given where Edward lived, though there are some holes in explaining the intensity of emotions in Megan's mother; I felt like I had missed something. Equally confusing for me is Eli and his quest and actions, which are minimally explained in dialogue and hard to decipher in the illustrations.  Illustrator Drew Rausch manages to capture the expressiveness in Edward's eyes especially well, and the color scheme of blacks and purples is fitting. The cells are pretty dark and very busy, and at times I had a hard time understanding what is being shown -- especially at a critical moment between Eli and Edward.  There are completely different styles of drawings between Eli and Edward -- and even Megan -- and the other people in the story, who almost seem cartoon-ish (some of the expressions on Meg's mother's face reminded me of the Fairly Odd Parents). Perhaps this is intentional to represent the further division between the two groups? Maybe, but it detracted from the edginess readers will likely expect in this story.

Overall, it was fun to have a chance to revisit Edward Scissorhands, but I am on the fence as to whether or not this hooked me enough to read another installment. This book is probably okay for middle grade on up, but younger or sensitive readers may find Eli scary and be upset by the blood and/or the language (sacrilegious).

Thank you to NetGalley and the publisher for providing me an eBook copy in exchange for my honest review -- the only kind I give. 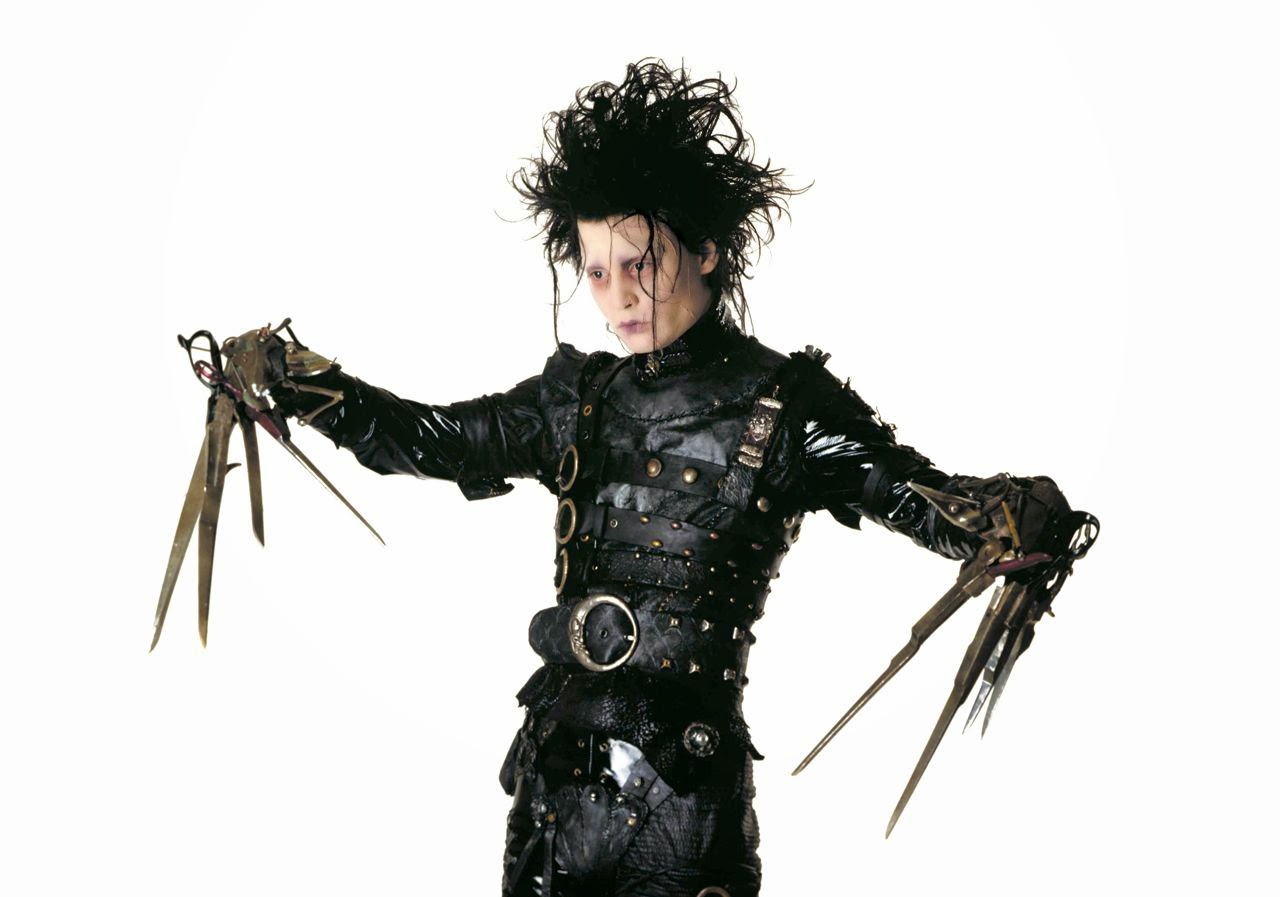