Goodreads Book Blurb: Adina Donati came to Washington D.C. to find excitement, not a dead body. When a friend is murdered, Adina is drawn into the middle of the police investigation. Tensions rise as the suspect list expands to include Adina, her friends, and colleagues at the prestigious think tank where she works. But every cloud has a silver lining. Between the nice detective, the hot new volunteer at the dog rescue center, and the newly available preppy ex-boyfriend, Adina's dating dry spell appears near its end. That is, if she doesn't become the next victim.

Adina Donati is the new Nancy Drew (hmmm, or maybe she'd be Bess. . .), all grown up and a single young professional working at a prestigious think tank in Washington D.C.  What makes this story a bit more realistic than a Nancy Drew story is that for the most part, Adina does the responsible thing in passing on information she stumbles across to the proper authority -- namely, the attractive detective, Jonathan Saks, who may or may not be interested in a relationship beyond the case. Author Cassidy Salem does a great job of establishing the setting in D.C. and clearly knows the city and its dwellers well, but it is her characterization that really shines.  From the lovable neighbor, Daniel Sullivan, to the loathsome new boss, Dr. Stickler, Salem gives readers exactly the right information to create a definite profile and impression of each character, which keeps each memorable and unique.  She also expertly throws hints at what's coming, but just as often Salem throws foils that misdirect readers and muddy-up the whodunnit part of the mystery. The resolution of the story works well as is, so the book stands alone, but it's set-up in a way that Adina's story may very well continue into subsequent books!

So, why the 4.5 and not a full fledged 5? Perhaps I'm out of touch, but I found myself annoyed with and disbelieving of Adina in her work setting. She clocks in and out exactly on time and always takes her full lunch break (or just a little more), never working a second more than required. Okay. But in an environment like where she was working, I cannot imagine that taking numerous "tea" breaks throughout the day or getting on Facebook to catch-up or for "game therapy" while on the clock would be tolerated -- even under wonderful boss, Matt. It wasn't a here-and-there thing either, but part of her daily routine; being so unprofessional really seemed incongruous with Adina's character.  Salem did establish that this wasn't Adina's dream job but one to keep her paying the bills . . . maybe that's all acceptable these days (not anywhere I've ever worked), but it just didn't fit for me.


The writing was solid and the plot well-structured, which allowed for everything to wrap-up neatly and satisfactorily.  There were very few typos and only a couple of instances of a word being misused as far as errors, but they didn't distract from this engaging and refreshingly clean story that contained no foul language, no sex, and only very mild violence. As such, I really think young adult readers would enjoy this book, but it also fills a niche for readers who are new adult aged and interested in crushes and flirting instead of graphic sex scenes.

Thank you to the author for providing me an eBook copy of Think Murder in exchange for my honest review -- the only kind I give. 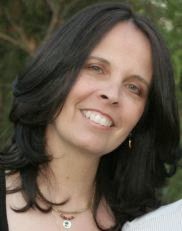 ABOUT THE AUTHOR: A definite animal lover, Cassidy has never met a dog she didn’t like – a fact that influenced her decision to have the protagonist in “Think Murder” volunteer at a dog rescue center. When she’s not reading, Cassidy enjoys singing in an a cappella ensemble. Most of all, Cassidy enjoys spending time with family and friends and travels with her husband and son whenever possible. Her travels have taken her to destinations throughout the United States and Europe, as well as Scandinavia and the Middle East.  Cassidy Salem is the author of “Think Murder” — the first book in the Adina Donati Mystery Series.