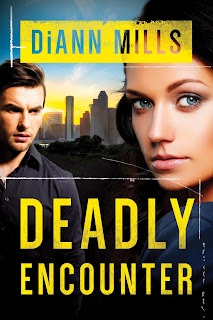 Airport Ranger volunteer Stacy Broussard expected a peaceful Saturday morning ride around the perimeter of Houston’s airport. What she encounters instead is a brutal homicide and a baffling mystery. Next to the body is an injured dog, the dead man’s motorcycle, and a drone armed with a laser capable of taking down a 747.

Though FBI Special Agent Alex LeBlanc sees a clear-cut case of terrorism, his past has taught him to be suspicious of everyone, even witnesses. Even bleeding-heart veterinarians like Stacy. But when her gruesome discovery is only the first in a string of incidences that throw her life into a tailspin, Alex begins to wonder if Stacy was targeted. As a health emergency endangers Stacy’s community, and the task force pulls in leads from all directions, Alex and Stacy must work together to prevent another deadly encounter.

Praise for the FBI: Houston novels


Deadlock: “This is a fast moving crime story with several interesting twists and turns. [Deadlock] is a page turner.” -- Online Reviewer
Double-Cross:
“Mills does a superb job of character and plot development in this faith-filled series.” -- Christian Library Journal
“Mills’ writing is transparently crisp, backed up with solid research, filled with believable characters and sparks of romantic chemistry.” -- Novel Crossing
Firewall:
“Christy Award–winning Mills skillfully builds a menacing overall tone, and the tension level rises as layers of lies are peeled away in multiple plot twists. This novel, which takes off at a breakneck pace with a narrative arc that could have been ripped from today’s headlines, will greatly appeal to fans of James Patterson’s “Alex Cross” series and readers who enjoy psychological thrillers.” -- Library Journal starred review
“Mills takes readers on an explosive ride. The terror is all the more chilling because it
could easily be a headline story on the nightly news, and Mills’ characters spring to life
through their fears, strengths, and quirks. A story as romantic as it is exciting, Firewall
will appeal to fans of Dee Henderson’s romantic suspense stories.” -- Booklist 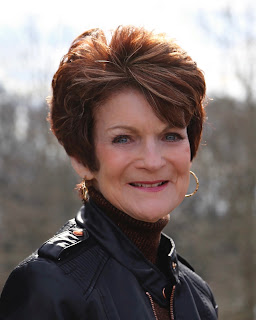 Her titles have appeared on the CBA and ECPA bestseller lists; won two Christy Awards; and been finalists for the RITA, Daphne Du Maurier, Inspirational Readers’ Choice, and Carol award contests. Library Journal presented her with a Best Books 2014: Genre Fiction award in the Christian Fiction category for Firewall.

DiAnn is a founding board member of the American Christian Fiction Writers, a member of Advanced Writers and Speakers Association, Sisters in Crime, and International Thriller Writers. She is co-director of The Blue Ridge Mountain Christian Writers Conference and The Author Roadmap with social media specialist Edie Melson where she continues her passion of helping other writers be successful. She speaks to various groups and teaches writing workshops around the country.

DiAnn has been termed a coffee snob and roasts her own coffee beans. She’s an avid reader, loves to cook, and believes her grandchildren are the smartest kids in the universe. She and her husband live in sunny Houston, Texas.

DiAnn is very active online and would love to connect with readers on any of the social media platforms listed at www.diannmills.com.