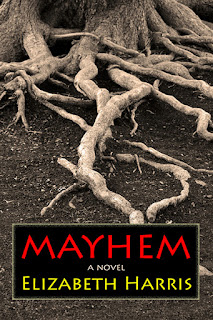 Mayhem: Three Lives of a Woman is a literary novel with a historical setting that engages issues of gender, vigilantism, recovery from trauma, and nostalgia for the rural and small-town past.

Two stock-farmers in 1936 Texas are accused of castrating a neighbor. Mayhem is the story of their crime and its consequences–the violent past and standard gender relations that enable it, and its economic displacement of the modest, well-connected woman who occasions it.
Around the edges of the story, an authorial narrator admits why she fictionalizes this past and shapes the novel as she does.

PRAISE FOR MAYHEM: THREE LIVES OF A WOMAN

“Mayhem is a wonder of a novel.  A careful evocation of time and place, community and character, pitched in a voice rich with the lyric poetry of everyday speech, the novel seems not so much narrated as blown up by a breeze.   It’s not enough to claim that I believed every word of it; I felt every syllable.  This archetypal tale of crime and punishment, so filled with tragedy and sympathy, is one of the most wildly alive novels I have ever read.   Every sentence teems with truths both literal and metaphorical, and yet, for all its wisdom and profundity, it reaches us in the manner of a folk ballad, high and sweet and clear.” -- Michael Parker, author of All I Have in This World and The Watery Part of the World

“. . .what to read, watch, and listen to this. . .month in order to achieve maximum Texas cultural literacy. . .Mayhem: Three Lives of a Woman, Elizabeth Harris. . .” -- Jeff Salamon, Texas Monthly

HALL WAYS REVIEW: I have never before read a book like Mayhem, and it’s nearly impossible to describe what sets it apart. Reading it is like opening a set of nesting dolls, one after the other, never quite knowing which doll will be the last in the set.  When you finally get to that last doll in the set, despite knowing it’s coming, there is still some surprise.  This is Mayhem.

Initially, I had some trouble getting into the cadence of the writing, and I found that I was in turn frustrated and delighted by it.  This book requires patience and focus, but the rewards are richly detailed passages and an intricate, imaginative story – which is encased by another intricate, imaginative story . . . and possibly encased once more.  For those readers who like novels to fit into nice, neat boxes: good luck.  In Mayhem, Author Elizabeth Harris provides historical literary speculative crime fiction with contemporary issues.
One element which makes this book fascinating is the narrator, who speaks directly to the reader and readily provides spoilers and confesses to making-up parts of the story.  Ah, but which parts are fiction and which parts are truth is often left for the reader to discern. Main character Evelyn is real enough, as are her trials and tribulations of playing the role of a wife and woman adhering to societal rules and expectations in the early 20th century. Also real enough are the consequences of adhering too much or not enough to the rules.

Something about Harris’s writing reminded me of Gabriel Garcia Marquez’s One Hundred Years of Solitude. Perhaps it was the build-up and the grand unraveling? Or the blurry line of reality and remembered reality.  In any case, Mayhem: Three Lives of a Woman lingers and its events keep tumbling around in the brain, begging to be re-visited. 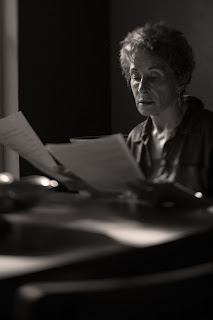 Elizabeth Harris is the author of Mayhem: Three Lives of a Woman (2015), which won the Gival Press Novel Award and was a finalist for the Texas Institute of Letters Award for Best Fiction (2016). Mayhem has been reviewed with enthusiasm, praised as essential cultural Texana, and compared to fiction of Katherine Anne Porter, Wendell Berry, Cormac McCarthy, and Annie Proulx for its style and its penetration of the Western myth. Harris’s first book The Ant Generator (1991), a short story collection, was chosen by Marilynne Robinson for the prestigious John Simmons Award from the University of Iowa Press. Some of her stories have been anthologized in New Stories from the South, Best of Wind, The Iowa Award, and Literary Austin. Two other novel manuscripts of Harris’ have been recognized in national competitions.
Harris grew up as Betsy Hall on the east side of Ft. Worth, where she became an avid reader. Her father was a journalist, a former editor of The Daily Texan in 1930-31 who worked for the now-defunct Ft. Worth Press and Pittsburgh Press, and she recalls former newswomen—who had become reporters during World War II—as personal inspirations and role models. She went to high school in Upper St. Clair, Pennsylvania, and to Carnegie-Mellon and Stanford Universities. She taught fiction-writing at the University of Texas at Austin and counts many friends and writers among her former students. She and her husband are birders and football fans. Visit Elizabeth Harris at www.elizabethharriswriter.com 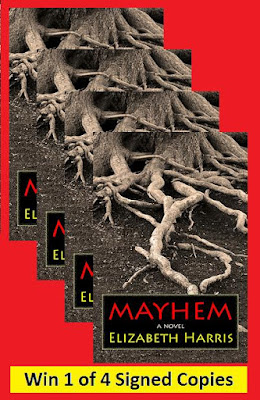