Scroll down for giveaway! One winner will win an Echo Dot! 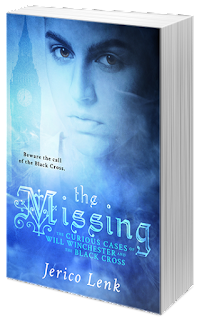 Dark proclivities, excess, and outlandish curiosities prevail in 1890's London. Around the city, a battle rages between the living and the dead. The Black Cross, tasked to keep the peace, are quickly losing ground.

Sixteen-year-old Willow Winchester, lives life as a boy called "Will" in his father's house of distinguished ladies, all but invisible to the wealthy Londoners who frequent.. It's an easy ruse since his mother's death left his father's attention to fall upon business matters. But this isn't his only secret.

When Will unwittingly becomes involved in a Black Cross ghost hunt, his uncanny ability to sense supernatural beings comes to light and the Black Cross wants him in their service. Suddenly, Will's free to be himself.

But such freedom will come with a price, as Will fights for the acceptance of the only father he's ever known.

Now, part of a team of misfits and unlikely allies, Will finds he isn't the only one keeping secrets. Someone does not want him to uncover the truth about those who aren’t just missing from the world of the living, but missing from history itself.
Can he find the Missing before he ends up becoming one of them?

ADD IT TO
YOUR GOODREADS SHELF!

BUY IT ON AMAZON!

The Missing is a little bit Ghost Hunters, a little bit Sherlock Holmes, and as dedicated to an accurate period representation as possible even when it comes to sex and drugs -- the Victorians were bent on proclaiming their own propriety, but trust me, they were far from as prudish as they wished they were.

There are a lot of real world events -- the Cleveland Street Scandal, the Christmas events in Westminster -- and while the Black Cross itself is fictional (or is it?), along with the West London Division of Psychics and whatnot, the Cross is situated amongst real world organizations, such as the Society for Psychical Research and Metaphysical Society, founded in order to study psychic and paranormal phenomena. Seances and mediums were huge in late Victorian London; church-going had become a ceremonial sort of thing on holidays, or when convenient, and there was a surge in Spiritualism in the younger London culture and aristocracy.

Two books used a lot in world-building are How to Be a Victorian: A Dawn-to-Dusk Guide to Victorian Life (Ruth Goodman) and Lost London: 1870-1945 (Philip Davies). Amazing, informative, fascinating books. There are so many places in The Missing inspired by actual streets and buildings highlighted in Lost London; look them up. The nitty-gritty of Victorian daily life is explored in such detail in Goodman’s book, you’ll find yourself telling everyone about how mascara was used for men’s mustaches, or deodorant was called dusting powder -- that even the Victorians had tooth-paste. I am a super “weird historical fact” person, so Goodman’s work is just, unf. 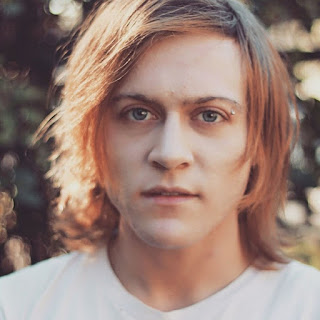 ABOUT THE AUTHOR: Undergraduate studying Creative Writing, Classics, Russian and Western European History. Unabashed weeb probably burning incense and drinking too much coffee at this very moment. Out for queer representation and great sex hair. Beyond ready for the upcoming Vampire Chronicles TV series.


GIVEAWAY!
One (1) winner will receive an Echo Dot