Book Description:
Set in Rome. Follow the whirlwind antics of a publicist as he struggles to manage his first TV chef client, his new life, and an unexpected visit from his ex-girlfriend.

Alex recently moved to Italy for an opportunity at a PR firm in Rome. His first client is the beautiful Danish chef Pernille Bjørn, a popular model, TV personality, and cookbook author just entering the booming televised cooking show market in Italy.

Alex's single-minded career focus is soon thwarted by Emily, an ex-girlfriend he hasn't heard from in almost a decade.

Italy's modern culture and enchanting sights set the backdrop to this Rome-antic comedy. 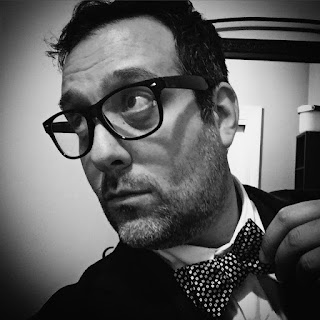 Interview with the Author Lorenzo Petruzziello:

THE LOVE FOOL is your debut novel. What made you write a book about romance?
Honestly, I didn’t even know I could write a book at all. But I was in Rome at the time I attempted to write and was inspired by my surroundings. Rome, being one of the most romantic cities in the world, of course, inspired the romantic side of me. Thus, making romance the focus for my first book.

Why did you choose Rome as the setting?
Well, I mean, it’s Rome. Who wouldn’t want to read a story set in Rome, let alone Italy? But seriously, I was living in Rome temporarily when I started to write THE LOVE FOOL. And walking around, discovering the beauty in the Eternal city, inspired me to not only make it the setting but to make the city part of the story.

What is with the cat and fish on the cover?
In THE LOVE FOOL, the main character Alex interacts with a stray cat allowing him to sort out his thoughts. The fish is a whole other element and when you read the book it will all come to play. But I should warn readers that THE LOVE FOOL is not a “catfish” story, nor is it about a talking cat in a suit.

What do you hope readers take away from your book?
Throughout the whole reading process, I want readers to at times take the book and shake it with frustration. It is called THE LOVE FOOL for a reason. But in the end, I want THE LOVE FOOL to get people to reflect on their past and to spark discussion about how we all sometimes do the silliest thing for love or maybe just the idea of love.

In THE LOVE FOOL, the characters eat many delicious Roman dishes. What is your favorite Roman dish?
That’s easy. Every time I’m in Rome I have to have Bucatini all’Amatriciana. It is one of my favorite dishes. I make it at home with the goal of recreating a specific one I had when I was living in Rome.

Lorenzo Petruzziello holds an MBA in global marketing from Suffolk University in Boston, Massachusetts. His background includes publicity and marketing for many of public television’s popular cooking and travel shows. He lives in Massachusetts focusing on his writing. THE LOVE FOOL is his first novel.


Win a signed paperback of The Love Fool and a specialized bookmark.
(open to USA & Canada / 1 winner)
Ends Sept 1, 2018
a Rafflecopter giveaway