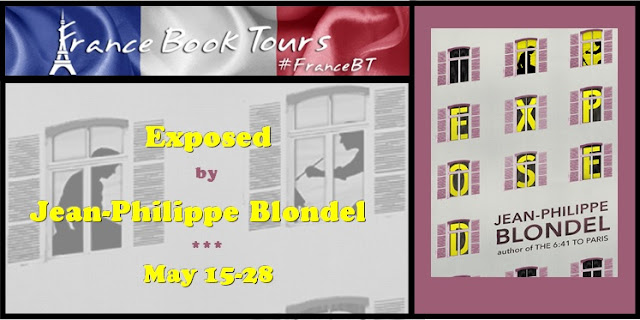 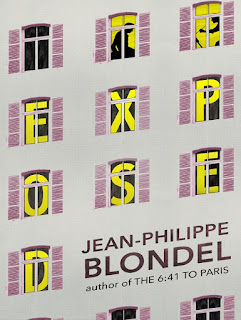 A French teacher on the verge of retirement is invited to a glittering opening that showcases the artwork of his former student, who has since become a celebrated painter. This unexpected encounter leads to the older man posing for his portrait. Possibly in the nude. Such personal exposure at close range entails a strange and troubling pact between artist and sitter that prompts both to reevaluate their lives.

Blondel, author of the hugely popular novel The 6:41 to Paris, evokes an intimacy of dangerous intensity in a tale marked by profound nostalgia and a reckoning with the past that allows its two characters to move ahead into the future.

Buy the book | or on Indiebound or Amazon


“Exposed deals with the joys and uncertainties of youth, as well as aging and regret, thwarted friendships and loves, and nostalgia and searching for renewal. It’s beautifully written and sensitively translated from French, highly engaging and accessible to a wide array of readers. It contains no explicit sex or anything that would put off a reader open to the experience of good literature.”

Hall Ways Review:  In an effort to reconnect with my Francophile side, I recently decided to join a tour group that is the French equivalent of Lone Star Lit. France Book Tours is all about books and authors with a French connection, and Exposed by Jean-Philippe Blondel is the first book I took for review. My heart is happier for the brief foray into the world of Louis Claret, a middle-aged Frenchman who devours novels “with the regularity of a metronome.”

“My horizons have expanded, but my life has shrunk. It’s not a paradox. It’s a fate we all share. When constraints begin to fade, we don’t know how to fill our new freedom.”

Exposed invokes a certain melancholy, perhaps because I am a similar age to the main character, Louis, or perhaps because of Louis’s frequent reflections of bygone days. The book forces introspection, exploration, and even valuation of one’s true self; hence the title. The characters remove the layers of their lives to expose what is beneath. Interestingly enough, the reader isn’t necessarily privy to seeing what’s there below the trappings. Both Louis and Alexandre are private people; readers are intentionally kept at arm’s length from them and from knowing the characters too well.

“He came forward…emanating that sort of presence that only success and the prime of one’s mid-thirties can give – when an individual is making his way, and trial and error are behind him, and fatigue has not yet set in.”

Author Jean-Philippe Blondel’s use of imagery and figurative language breathes life into every page. Reading a book like this, true literary fiction, makes me long for something…something I can’t quite put my finger on. Whatever it is, while reading Exposed, for just a little while, I am somewhere other than in the confines of my day-to-day world. Every time I step away from the novel, I feel blanketed by the memory of it. It has staying power.

What strikes me in this beautiful, lyrical novel, is that it’s a translation from the French, as the literary world says, and Alison Anderson’s work is flawless. Honestly, the writing is superior to many of the novels I read which are in their original language. I am thoroughly impressed with Anderson’s translation, and I am tempted to order a copy of the novel in French because certainly, the source writing must be as beautiful.

Exposed doesn’t have screaming, climactic events. It doesn’t have big bang moments or mysteries to be solved. It is not action-packed. Exposed is about self-discovery and reflection upon a life lived and about living life. For readers who enjoy immersing themselves into a character, and for those who savor the nuances of growing older and seeing the world through a mature and contemplative lens, I highly recommend Exposed.

Thank you to the publisher and France Book Tours for providing me a print copy in exchange for my honest opinion – the only kind I give.

Jean-Philippe Blondel was born in 1964 in Troyes, France where he lives as an author and English teacher. His novel The 6:41 to Paris has been acclaimed in both the United States and Europe.

Alison Anderson is a novelist and translator of literature from French. Among the authors she has translated are JMG Le Clézio, Christian Bobin, Muriel Barbery and Amélie Nothomb. She has lived in Northern California and currently lives in a village in Switzerland.

5 Winners
Global giveaway open to all US residents 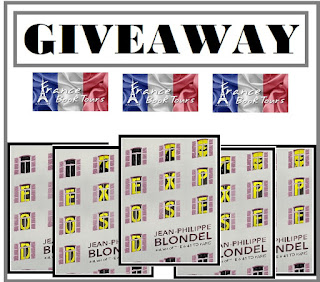 Friday, May 17
Review + Giveaway at Readerbuzz

Tuesday, May 21
Review at Svetlana’s Reads and Views

Wednesday, May 22
Review + Excerpt at Locks, Hooks and Books

Thursday, May 23
Review at Musings of a Writer & UnabashedFrancophile

Tuesday, May 28
Review + Giveaway at Words and Peace