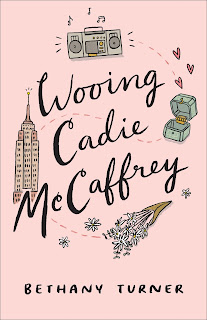 After four years with her boyfriend, Cadie McCaffrey is thinking of ending things. Convinced Will doesn’t love her in the “forever” way she loves him, Cadie believes it’s time for her to let him go before life passes her by. When a misunderstanding leads to a mistake, leaving her hurt, disappointed, and full of regret, she finally sends him packing.

But for Will, the end of their relationship is only the beginning of his quest to figure out how to be the man Cadie wanted him to be. With the dubious guidance of his former pro-athlete work friends and tactics drawn from Cadie’s favorite romantic comedies, Will attempts to win her back. It’s a foolproof plan. What could possibly go wrong?


PRAISE FOR WOOING CADIE McCAFFREY
“Rising star Bethany Turner’s Wooing Cadie McCaffrey highlights the author’s oh-so-readable voice and engaging characters. One of the many things I love about Turner is the way she tackles tough subjects with candor yet writes with the right amount of discretion. Romantics everywhere will sigh happily at the perfect ending. Highly recommended!” -- Colleen Coble, USA Today bestselling author of The House at Saltwater Point and the Rock Harbor series

Bethany Turner has done it again! Filled with wit and loaded with pop culture references, Wooing Cadie McCaffrey is sure to be an instant favorite among fans of Christian romance. I’ve found my new go-to author for rom-com with heart.” -- Carla Laureano, RITA award–winning author of The Saturday Night Supper Club and Brunch at Bittersweet Café

Four years ago, on my thirtieth birthday, I had two very important realizations.
1) I didn’t need a man in my life in order to be happy or fulfilled.
2) My chances of meeting and falling in love with a man—­and having him fall in love with me—­would increase exponentially if I lowered my standards.
Not my standards for the man, of course. No, with the introduction of realization number one, the standards for the man had never been higher. If I didn’t need a man, then there was no harm in being very picky and waiting for the right one to come along. But with the introduction of realization number two, I could no longer deny that I did very much want to be in love . . . whether I needed to be or not.
In my heart of hearts, I knew I had no desire to settle for anything less than a man who would make at least one of the Bronte sisters proud. But there wasn’t much chance of falling in love with any man at all if I stayed hung up on the idea of my romantic life playing out like the classic novels and films I loved so much.
Cary Grant does not exist in my Millennial world.
Of course, I wasn’t expecting Will Whitaker to show up, or for him to burst onto the scene as if acting out a storybook meet-­cute.
You know what a meet-­cute is, right? It’s that charming first encounter between two characters that leads to a romantic relationship between them. Suffice it to say, with realization number two, I had given up on ever experiencing a true meet-­cute. Actually, I was pretty convinced that I wouldn’t know a true meet-­cute if it fell on me. I’d spent most of my life trying to force the meet-­cute. Trust me . . . that doesn’t work. Intentionally bumping into guys and dropping your books rarely results in them saying, “Hey, let me help you with that.” I’ve found that “Hey, watch where you’re going!” is more common.
So by the time I turned thirty, I was absolutely convinced that meet-­cutes were a thing of legend.
Enter Will, stage left.
It was a day like any other at ASN, the American Sports Network. That’s where I worked. ASN. But not like in sports or anything. Heavens, no. All I know of basketball, football, lacrosse, or any other sport is how much money is generated in advertising dollars as a result of our coverage of said sport, and how much all of those on-­air sports people get paid. My office is in the part of the ASN complex that the sports people call The Bench. They come to our stark wasteland of blah concrete walls for marketing and accounting needs. Perhaps the occasional human resources disaster. But then they happily return to the glitz and glamour that they refer to as The Field.

“Gotta get back on The Field,” they love to say. On The Field? That sounds so stupid. But when I say “I’m heading over to The Field for a bit,” I am invariably met with questions that they think are hilarious. “Got some plowing to do, McCaffrey?” Sure.
So there I was, in The Bench—­or on The Bench, as they continually correct me—­when I heard the most dreaded of all birthday sounds: about twenty tone-­deaf sports experts and about half as many barbershop quartet wannabes from The Bench, all singing “Happy Birthday.” To me, presumably.
“Oh, wow. You shouldn’t have,” I managed to say in a way that I’m pretty sure sounded grateful, as they made their way into my office—­holding a monstrous cake ablaze with thirty giant candles.
“Happy birthday, dear Cadie,” they belted. “Happy birthday to you!”
I waited for Kevin Lamont, who was carrying the cake, to set it down on my desk so I could blow out the candles, but he just kept holding it. Kevin, of course, is now the host and executive producer of The Daily Dribble, the most successful show on ASN. He’s also the vice president over all prime-­time programming for the network, which makes him my boss. But back then he was simply The Daily Dribble’s host and one of my absolute favorite people around the ASN offices. And though he’s gone a bit gray and put on a little around his midsection, he certainly hasn’t lost a centimeter of height from his NBA days.
“Make a wish and blow out the candles,” Kevin teased as he held the cake at his shoulder height—­which is still at least an inch above my head.
“Well, I’d love to, but—”

“Here, Cadie,” Max Post, resident sound engineer extraordinaire, chimed in as he pulled a chair over to my desk. “Climb up here.”
“Very funny, guys,” I replied with a smile. “C’mon, Kevin. All of the wax is going to melt down onto the cake.”
“You’d better do something about it then!” he insisted as he jutted out his chin toward a couple of former linebackers.
In an instant, the linebackers had grabbed my arms and hoisted me up—­not onto the chair by the desk, but onto the desk itself.
I was so grateful that after six years at ASN, I knew better than to wear a skirt to the office.
“Very funny,” I repeated, as I did all I could to remind myself that I loved my job—­and that it wasn’t my coworkers’ fault that they were savages. They meant well, and I knew that everything they were doing was an attempt to show me that they cared. They just happened to be from a culture in which you showed someone you cared by snapping them with a wet towel in the locker room.
I was ready to end the spectacle, so I took in a deep breath and prepared to use every bit of power my lungs could muster to blow out those thirty massive candles in one fell swoop. But just as I released the pressure of air, Lindy Mason called out from the hallway.
“Hey, everyone. Montana’s here.”
Kevin turned his 6’9” frame toward the door—­and my cake went with him.
“Happy birthday, Cadie!” scattered voices called out as they left me in favor of Joe Montana, who was on The Field for an interview. An interview that they’d been waiting months for—­but that only about eight of them were actually required to be present for. The others were just going as fans who happened to get paid to gawk at their heroes.
“Sorry, McCaffrey,” Kevin said as he shrugged and handed me the cake.
“Et tu, Kevin Lamont?”
He smiled and winked as he said, “Next time, don’t have your birthday on a day a legend is scheduled to be in the studio.” And then he ran out after everyone else.
Perfect.


Click to continue reading the Prologue and all of chapter one! 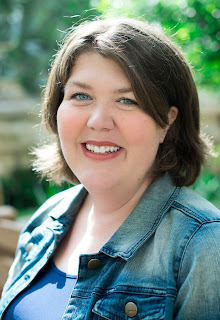 Bethany Turner is the award-winning author of The Secret Life of Sarah Hollenbeck, which was a Christy Award finalist. When she’s not writing (and even when she is), she serves as the director of administration for Rock Springs Church in Southwest Colorado. She lives with her husband and their two sons in Colorado, where she writes for a new generation of readers who crave fiction that tackles the thorny issues of life with humor and insight.
WEBSITE
FACEBOOK   TWITTER
INSTAGRAM   GOODREADS 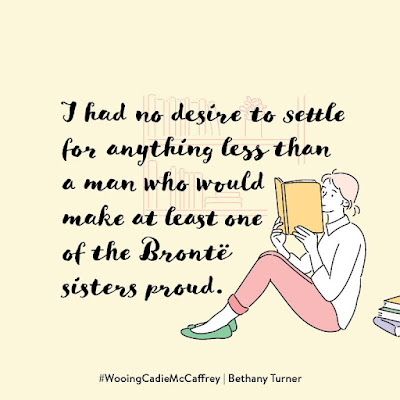 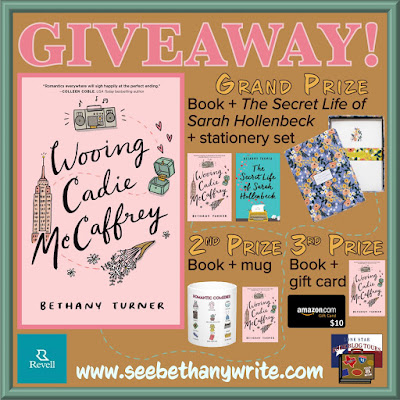