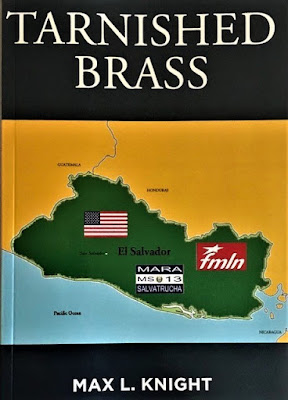 The war in El Salvador as seen through the eyes of a U.S. Army officer, a guerrilla leader, and a refugee turned gang member

Patrick Michael Moynihan finds himself returning to the small Central American country where, as a young impressionistic junior officer, he was thrust into the middle of a brutal civil war.

Miguel Alejandro Xenias, once a member of the ruling elite in El Salvador, recalls his change of heart, advancement within the guerrilla movement, and his new-found hope for the country now that the FMLN is in power.

Antonio Cruz, seeking a new life in America, finds only a different kind of hatred and conflict, joins the street gang MS-13, and returns home bringing with him a new kind of warfare.

These perspectives spotlight an ongoing struggle in El Salvador that continues to impact the immigration crisis on our southern border and the spread of gang violence throughout the United States.

More than just a history of the war in El Salvador, a conflict that ended almost thirty years ago, Tarnished Brass gives voice to those who fought and those who only wanted to escape the violence.
CLICK TO PURCHASE:
Amazon ● Barnes& Noble
GooglePlay  ●  Apple iTunes
IndieBound


HALL WAYS REVIEW: Tarnished Brass is a novella that comes in at around a hundred pages of story, but author Max L. Knight fits in an incredible amount of information. The book not only informs readers about events of the past, it also reminds readers of the far-reaching effects of war, even decades later, even across oceans.

While I was happily navigating high school and college through the eighties, like most kids in that stage of life, I was oblivious to what was happening in El Salvador (and most of the world outside my bubble). I lived a safe and privileged life while El Salvador lost the decade as a war-torn country plagued by fighting factions – one of them aided by funding, training, and weapons courtesy of the United States.

The archbishop urgently petitioned those in power to alter course.

“In the name of God and this suffering population, whose cries reach to the heavens more tumultuous each day…cease the repression.”

His words were met by a sniper’s bullet to the heart.

Many of the chapters in Tarnished Brass are filled primarily with historical information that gives readers facts about the political and military climate and the war’s ever-worsening impact on the Salvadorans. The only pause in El Salvador’s war was when an earthquake interrupted it and displaced hundreds of thousands of people who were already suffering. Knight does a good job of keeping the plight of the poor as a constant thread running through all the chapters. The poor never win in war -- or in times of peace. The strength of the book is in Knight’s world-building: the poverty, the destruction, the darkness of El Salvador.

Tarnished Brass is well-written and cleanly edited, and its contents are engaging. The structure of the book is unique, vacillating between storytelling and fact-telling. There are chapters that give readers insight into the lives of the three main characters, but none of the characters are ever fully fleshed-out or given much depth. (The exception was a chapter dedicated to the psychological profile of a side-character, Diana, which was profoundly sad and fascinating.) There are other chapters in which the purpose is solely to inform, and only a few sentences, either at the beginning or the end, tie in one of the story’s characters to the scene. The story of Tarnished Brass is the war; the characters within are somewhat peripheral but do serve to soften the edges of what could easily convert to a nonfiction piece.

I was most appreciative that the author not only included a glossary of military terminology, but he tells readers first thing that it’s at the back of the book. (I never think to look first.) While it is most helpful for those of us not in-the-know, the book is still full of military acronyms and jargon that are defined once and used often – and I found myself flipping back to figure out what was what and who was who.  Those who are students of history and politics and military ops won’t have any issues and will probably enjoy that the book has a more factual, less fictional slant.

As a more informed, but still ridiculously under-informed adult, reading Tarnished Brass helped me tie current headlines to the past. It was particularly interesting to learn the origins of MS-13, the now international criminal gang that started as a group to protect Salvadoran immigrants in Los Angeles. Following character Antonio’s grim but realistic story was eye-opening and the most powerful of the stories in Tarnished Brass. It was in Antonio’s story that I saw glimpses of Knight’s storytelling and characterization prowess that he showed in Palo Duro.

Tarnished Brass educates readers of not only an important piece of world history, but also the impact of the United States’s foreign policy, then and now. Intelligently written, Tarnished Brass is a quick way to get informed while also fulfilling a reader’s need to escape into fiction.

Thank you to the author and Lone Star Book Blog Tours for providing me a paperback copy in exchange for my honest opinion – the only kind I give. 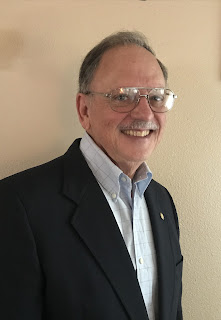 Max Knight was born in Panama and grew up in the Canal Zone and in San Antonio, Texas. He graduated from Texas A&M University in 1973 with a bachelor’s degree in English. A Distinguished Military Graduate, he was commissioned a Second Lieutenant in the United States Army and served twenty-four years in the Air Defense Artillery retiring with the rank of Lieutenant Colonel.

In addition to assignments within his basic branch, Max also specialized as a Foreign Area Officer in both the European Theatre of Operations (Germany and Greece) and within USSOUTHCOM (Panama, Honduras, and El Salvador). He received the Defense Superior Service Medal for his service in El Salvador during that country’s civil war. Max earned his master’s degree in government from Campbell University, and retired from the Army in 1997.

Upon retirement Max was hired by RCI Technologies in San Antonio and became its Director of Internal Operations. He also was the first volunteer docent at the Alamo working within its Education Department. However, following the tragic events of 9/11, he became an Independent Contractor and spent the next ten years as a Counterintelligence Specialist in Europe, Asia, the Middle East, and Central America before cancer forced him to quit. 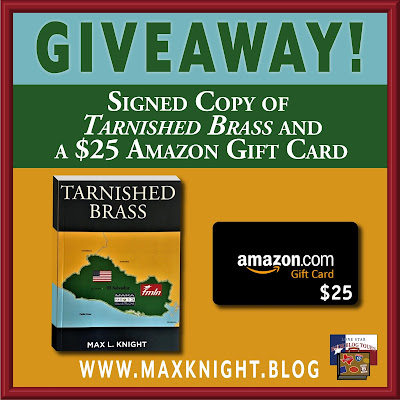