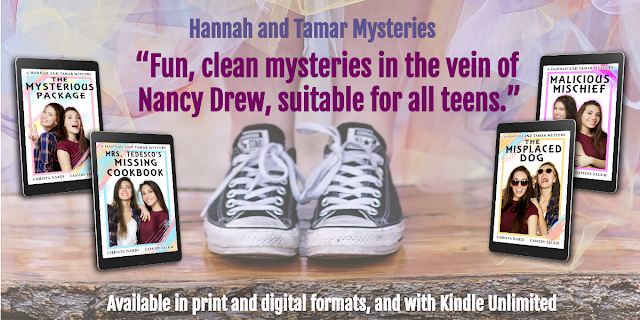 Authors Christa Nardi and Cassidy Salem are happy to announce the re-release of this family-friendly  mystery series for teens, tweens, and mystery lovers of all ages – updated and upgraded with lovely new covers!

There are currently four books in this series, with a fifth title slated for release later this fall. You can follow the Hannah and Tamar series on FACEBOOK 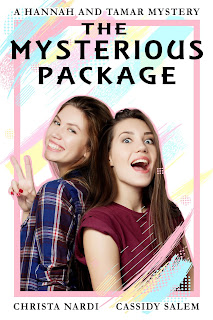 THE MYSTERIOUS PACKAGE
Two sisters, strangers on a train, and a mystery to solve ...
Hannah and Tamar are looking forward to spending Thanksgiving break with their grandparents. On the long ride to Vermont, the sisters are quick to offer assistance when a fellow passenger – a girl in her late teens – is hassled by a rough-looking young man. Grateful as she may be for their help, Gwen is in no hurry to make friends, not even as she thrusts a mysterious package into Tamar's hand and disappears in the Rutland train station. Puzzled by her behavior, Hannah and Tamar set out to locate Gwen and unravel the secret of the mysterious package.    Now available on AMAZON 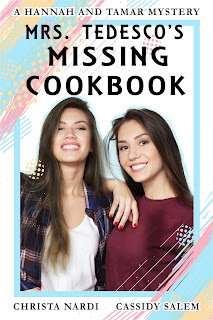 MRS.TEDESCO’S MISSING COOKBOOK
A simple request opens up a savory mystery.
Hannah never imagined her high school service project with the elderly would draw her into another mystery. Mrs. Tedesco, a lonely widow who loves to bake, has just one request — that the teen retrieve her cookbook from her old house. Easier said than done. The house has been ransacked and the coveted cookbook is nowhere to be found. Eager to help the woman, Hannah and her sister, Tamar, are driven to locate the cookbook and uncover its secrets. But the teens aren’t the only ones seeking the cookbook’s hidden treasures, and the other side is playing for keeps.     Now available on AMAZON 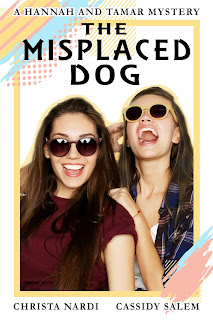 THE MISPLACED DOG
A gorgeous addition places Playful Paws and its staff at the center of a mystery.
It’s love at first sight when Tamar meets Rusty – the newest resident at the local shelter where she volunteers. However, the arrival of the well-trained and affectionate dog coincides with the onset of suspicious and dangerous incidents involving the shelter and its staff. Is it a coincidence or could the dog be the key to solving a major crime?     Now available on AMAZON

MALICIOUS MISCHIEF
Social media, smoke bombs, and a secret society.
When a popular jock senses something’s up with his younger sister, he turns to local teen sleuths, Hannah and Tamar, for help. At the same time, a rash of smoke bombs attacks across Rosedale has the community on edge. Are these events connected and could someone at Rosedale High be involved?
Join Hannah and Tamar as they uncover malicious mischief and forge new friendships in this mystery for teens and young adults.
Now available on AMAZON

About the Authors
Christa Nardi and Cassidy Salem are both accomplished mystery writers — and  sisters in real life. The Hannah and Tamar Mysteries were inspired by their shared love of Nancy Drew.

Click to read
HALL WAYS BLOG'S INTERVIEW
with the authors