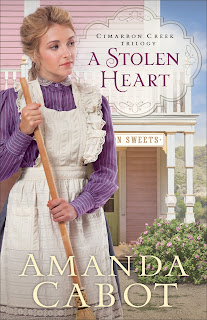 “Endearing characters, a tender love story, and intriguing mystery all work together to make Amanda Cabot’s A Stolen Heart a compelling and enjoyable read.”
—Margaret Brownley, author of Left at the Altar

Bestselling author Amanda Cabot takes readers back in time to the 1880s Texas Hill Country in her new historical romance novel, A Stolen Heart. This is the first book in a brand-new series packed with tension, mystery, and a tender love story that readers won’t soon forget.
Cimarron Creek seemed like an idyllic Texas town. But as soon as former schoolteacher Lydia Crawford stepped onto its dusty streets, she noticed a deep-seated resentment of Northerners—like her.

That won’t get Lydia down, though. She looks forward to the day when she reunites with her fiancé—until she discovers her fiancé has disappeared without a trace and has left behind a pregnant wife. The handsome Cimarron Creek sheriff urges Lydia to trust him, but she is having a hard time trusting anyone in a town where secrets and suspense prevail.
Cabot weaves an elegant tale of pure love amidst heartache. With an absorbing plot and engaging characters, A Stolen Heart is a springtime showstopper fit for every historical romance reader.

to be continued on the 3/28/17 Forgotten Winds stop of the Lone Star Lit Book Blog Tour! 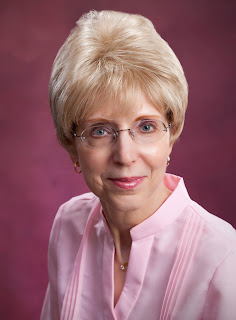 Amanda Cabot is the bestselling author of At Bluebonnet Lake, In Firefly Valley, and On Lone Star Trail, as well as the Texas Dreams series, the Westward Winds series, and Christmas Roses. Her books have been finalists for the ACFW Carol Awards and the Booksellers’ Best. She lives in Wyoming. 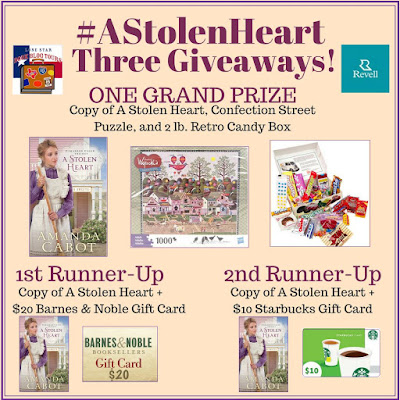