Sloane Osborne is a paranormal real estate agent in the business of selling haunted houses, but, in truth, she’s only searching for one ghost. And her time is running out.


It’s the 366th day after her fiancé’s death. Michael used to like putting things off for “a year and a day” - so tonight’s the night. Sloane will do anything to make contact with him before the clock strikes midnight. When she gets a call to check out a home in Waukesha, Wisconsin, it’s the last place she thinks Michael would contact her.


Rachel Green has always believed in ghosts but saw her first full body apparition while working at an old movie theater in college. When she met Kat de Falla at a writer’s workshop, she knew she’d met a kindred spirit – one who was also sensitive to the hereafter. And after bonding on a few ghost adventures, Kat Green was born.
Kat lived in a haunted house for too long. When things really heated up, she had several paranormal teams investigate, but things only got worse. When her mother suggested they contact a shaman, she agreed to come, saying she had been waiting for Kat’s call. The home was cleansed and sold. When she paired up with Rachel Green, the idea of co-writing a book with a paranormal real estate agent seemed perfect.
With their combined paranormal “experiences,” they decided to combine their creative mojo. That’s when Sloane Osborne, Paranormal Real Estate agent, and the HAUNTS FOR SALE series was born.

Kate Tyler is an audiobook narrator and producer with several published audio books available on Audible, iTunes and Amazon. A background in drama and a successful career in voiceover, Kate lives with her family in San Diego and enjoys swimming, running, cycling and stand up paddleboard.    Website

HALL WAYS REVIEW: When I saw the cover of First Contact, the first book in a new series called Haunts for Sale, I was immediately interested in this book. CREEPY! Then I read the premise of the story revolving around a paranormal real-estate agent, and I was MORE interested. UNIQUE! Additionally, it is a short audio book, clocking-in at just under five and a half hours, which was all I needed to seal the deal, as it was only a one-day commitment. PERFECT.

The story has an excellent opening hook, and when main character Sloane Osborne uttered her first “Arrrrgh” in frustration, I laughed because you just gotta love a character who says “Arrrrgh.” And though First Contact is primarily a horror story (with the living often scarier than the dead), Sloane is sassy and there are more than a few humorous scenes sprinkled throughout the story.

Even though I connected with Sloane’s pirate-like utterings and sass, that was about my limit of connection. Overall, I didn’t particularly care for the character. She’s uneven – at times, she is smart, clever, quick-thinking, and resourceful; at most other times, she’s a twit who ignores the obvious and exhibits no common sense at all. And then there is this unnatural yearning for Michael, a man, when among the living, sounds like he was an overbearing a-hole, and with whom the relationship was full of red flags. (Umm, when I fella tells you to quit the job you love because he doesn’t like it, and if he speaks to you like a two-year-old, saying things like, “I said NO,” it’s time to kick him to the curb.)  When a horribly misplaced and groan-worthy (not in a good way) sex scene shows up in the story, I decided that the mind-blowing sex had blinded Sloane to all the shortcomings in the relationship -- and it had made her a twit. It happens.

The other characters in the book are vastly more interesting than Sloane – there are some seriously pissed-off ghosts and some seriously evil (and slimy!) humans, who author team Kat Green bring to awful life. Talk about loathsome! It is in the ghosts and the bad guy(s?) where the authors’ characterization skills really shine and have readers begging for some comeuppance. Bad Guy? Guys? No spoilers, here, though this and other elements are abundantly obvious early-on.  There is also the seriously fascinating and complex, Jonah. He is a sensitive in more ways than one, and he is who will be the biggest draw for me in the upcoming second book in this series. There are hints that we might see some growth in Sloane via Jonah, and I hope that the holes in their back-story are filled in there.

Speaking of holes…there are a lot of them, and the weight of suspending one’s disbelief is heavy. First Contact is a story that asks readers to just go with it and accept it as it is. Once I did that, the story was more fun and listening became easier when I wasn’t trying to make the pieces fit together. I also didn’t like the F-bomb dropping that begins about half-way through the story. Not necessary.

As far the audio book experience, regular speed was too slow and overly pause-y. (I bumped it up to 1.25x/1.5x.) Narrator Kate Tyler does a great job voicing the numerous characters and their wide range of personalities and emotions. There are three things that didn’t work for me, but these are completely subjective and examples of how a reader’s/listener’s own experiences make an impact: Jonah’s southern accent, the sudden echo-y thing in the voicing of ghostly Karen towards the end, and the overall lack of projecting fear. I haven’t read the print book, but it seems to me that it might be a better option if you want to up the scare factor – the scenes should have made my skin crawl and looking over my shoulder. They didn’t.

So, would I recommend First Contact? Yes. It isn’t a big time investment and there is more than enough there to pique a reader’s interest. I am also operating under the assumption that more back-story will come out, tying-up the loose ends and puzzlers from book one.

Thank you to Audiobookworm Promotions for providing me a free download in exchange for my honest opinion – the only kind I give. 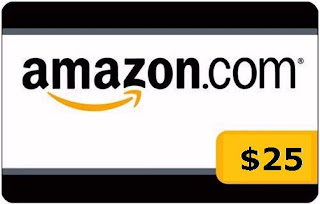 From the TBR Pile