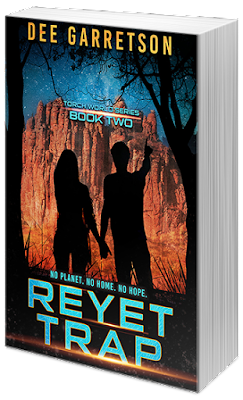 No planet. No hope.
Quinn Neen and his friends have survived the uprising and the ruthless Fosaanian leader’s attempt to kill them, but the galaxy is still hurtling toward war. With just a few days before Quinn starts his mandatory military training, he plans to spend the time with Mira, the Fosaanian girl he’s in love with. When a mysterious message forces them on a journey to an isolated planet named Reyet, Quinn’s plans quickly change.
A coup on Reyet throws everything into chaos, leaving Quinn and Mira evading enemies they know, and some they don’t, including the planet itself. Now, time is running out for Earth, Fosaan, and Reyet, and there may be no place left in the galaxy that’s safe.

This series started with... 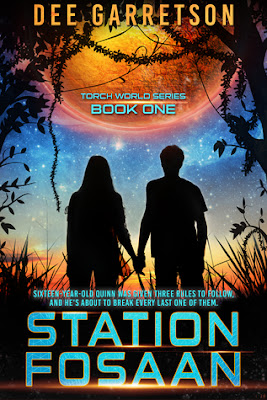 Summary:
Earth scientists and their families stationed on the remote planet of Fosaan were promised a tropical vacation-like experience. But Fosaan, devastated from an apocalyptic event nearly three-hundred years ago, is full of lethal predators and dangerous terrain.
Earthers are forbidden to go beyond the safety zone of their settlement and must not engage the small population of reclusive Fosaanians, descendants of the survivors. Sixteen-year-old Quinn Neen plans to do both of those things.
When Quinn discovers a beautiful Fosaanian girl named Mira stealing food from his family’s living unit, he soon learns Earth’s government may not be telling the whole truth about Fosaan and the cause of the past disaster.
There are some who to restore the planet to its former glory by any means necessary. Quinn finds himself caught between his loyalty to his own people and what is right for Mira and her people.
Before he can decide what to do, the scientists are taken captive, stranding the young Earthers on Fosaan.


Quinn must go from renegade to leader and convince Mira to become an ally in a fight against an enemy whose very existence threatens their lives and the future of those both on Fosaan and at home.

I sometimes hate telling people how long it took me to get my first book published (ten plus years) because I'm afraid it will discourage them. Though if there is one thing I’ve learned on this long publishing journey, it’s that you have to find a way to overcome a steady stream of things that will discourage you, and every person’s path to publication is different.

Like a lot of writers, part of why it took me so long is because real life interfered with my ability to concentrate on both improving my writing and on figuring out the publishing industry. You need to work on both to get published. Luckily, there is time. It may seem like everyone else gets published at a young age with their first book, but that is just because those stories get passed around on social media. You don’t hear much about the majority of us who work for years before lightning strikes.

Even though you hear the refrain, ‘write what you love,’ there are also trends in publishing that lead to a more accurate refrain is ‘write what you love, but it may not be popular enough to publish right now.’ Back when I started the first book of the Torch World series, my agent at the time wasn’t interested in science fiction. Very few agents were. I wanted to write the book anyway since I’m stubborn that way.

So I’m thrilled the story has found its way into the world. Month9 is a good fit for the story since they publish thriller/adventure type stories in several genres. I think I’m like many Month9 readers -- I’m looking for an exciting story, and I’m willing to read a lot of different kinds of books. I hope you’ll read this story and when you do, know it’s written by a reader just like you. 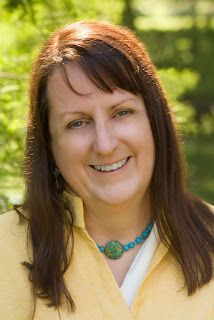 ABOUT THE AUTHOR: Dee Garretson writes for many different age groups, from chapter books to middle grade to young adult to adult fiction. She lives in Ohio with her family, and in true writer fashion, has cat companions who oversee her daily word count. When she’s not writing, she loves to travel, watch old movies, and attempt various kinds of drawing, painting and other artistic pursuits.

GIVEAWAY!
One (1) winner will receive a $25 Amazon Gift Card and a digital copy of Reyet Trap 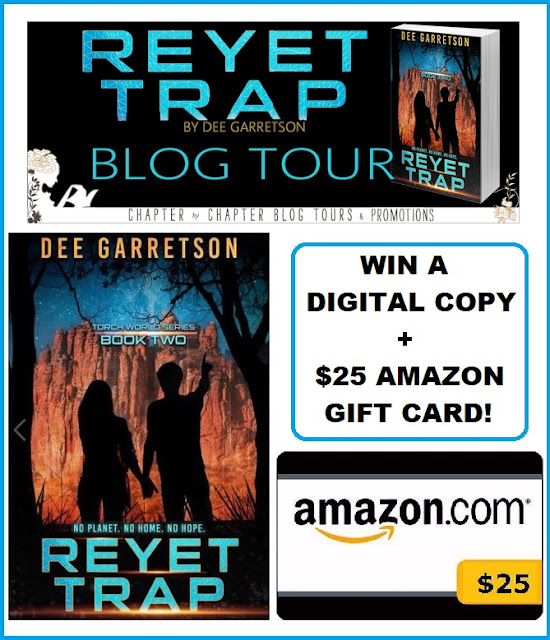