If someone took everything you live for, how far would you go to get it back? When a faulty time machine deposits Diego at the top of a pine tree, he knows he's in the wrong place - but has no idea he's in the wrong time. Naked and shivering in the chilly mountain air, he attempts to climb down, but slips, whacks his head, and falls into oblivion. He wakes up inside a darkened room, crippled and disheartened, and must come to grips with the realization that he is marooned in a bleak alternate future. In this universe, what remains of the human race is trapped inside a handful of aging biodomes. With his mission failed, his world destroyed, and the one woman he loves dead, he can find no reason to go on living. But Lani, the emotionally scarred doctor who finds him, refuses to let him give up, and as Diego heals, their relationship becomes complicated. He struggles to let go of the past, but is unable to get Isabel out of his head or his heart. Just when it seems he may be able to find some measure of happiness in a world teetering on the edge of extinction, another note arrives from the future: Isabel is alive - but not for long.

This player uses cookies in accordance with SoundCloud's Cookies policy. We may collect usage data for analytics purposes. It is your responsibility to disclose this to visitors of any site where you embed the player.

AWARD-WINNING AUTHOR D. L. ORTON lives in the Rocky Mountains where she and her husband are raising three boys, a golden retriever, two Siberian cats, and an extremely long-lived Triops.


In her spare time, she's building a time machine so that someone can go back and do the laundry.

Noah Michael Levine and Erin deWard are Audie Award-winning narrators who have recorded over 40 titles together. They are passionate about acting and, in particular, the medium of audiobooks. The two love working together and have a ridiculous amount of fun playing off each other in the recording booth. Erin is deeply involved in the Audio Description community, translating visual images in media into aural pictures for people with low or no vision. She also performs Shakespearean text with The Strange Bedfellow actors troupe. Noah is a recovering 80s rock musician and an ardent home chef. Both Erin and Noah hail from the beautiful Hudson Valley Village of Nyack—and both are proud members of the Stage Actors Guild. 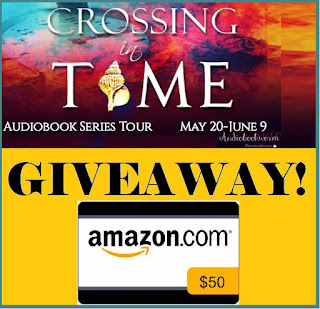 May 30th:
Notes from 'Round the Bend