Grandma's last will and testament names Ray to inherit the trailer park. It's a million-dollar estate with one hitch: To prove he's not as aimless as he seems, Ray must discover the meaning of life by the end of the month. (She left the answer in an envelope.) If he fails, the camp goes to his estranged family.

How does anyone find the meaning of life while running a park full of misfit miners, would-be truck racers, and one demanding little girl? There's a bear, too. A grizzly. Maybe that'll help?

Michael F. Stewart embraces all forms of storytelling. In 2009, he created Bully For You for Scholastic, a fully functioning social media platform with an embedded interactive story. He’s written graphic novels for Rubicon Publishing’s Boldprint series, illustrated early readers and novellas for Pearson (coming in 2019!), non fiction texts on Corruption and Children’s Rights; he even tried to convince the world that we needed a location based storytelling app with augmented reality (NARR8R)—we still do!

But nothing is ever wasted. His most recent book, Counting Wolves, a contemporary YA, was named to Kirkus Reviews “Best Books of 2017” list. The Boy Who Swallows Flies (2018) won Killer Nashville’s Claymore Award, and the Assured Destruction Series won The Creation of Stories: Best YA Award at the Toronto International Book Fair. In 2016, Michael was selected to join the CFC/Entertainment One TV Adaptation Lab. Stay tuned for more soon.

Herder of four daughters, Michael lives to write in Ottawa where he was the Ottawa Public Library's Writer in Residence and runs free writing workshops.

I love telling a good story! I enjoy using different voices to really bring the characters to life. It's a lot trickier than I originally thought it would be. That's why besides spending thousands of hours recording books to improve I've also taken training with some of the best narrators in the business such as Patrick Fraley and Scott Brick. I take telling your story seriously (with a serious dose of fun, of course) and try to do whatever is necessary to make sure people want to hear the story you have to tell. So, let's tell it together!    Website

✪✪✪✪✪
HALL WAYS REVIEW: Audio book review. When this title appeared on my radar, I hesitated to jump on board for a review. I wasn’t sure about the title or the Monty Python-ish cover. Yet, there was something… I thought the premise of Ray Vs the Meaning of Life sounded good, and I was craving a YA book, so I dove in and never came up for air until the book was done. The story, the characters, and the storytelling are all FABULOUS, and the narration is perfection; I am totally fangirling over this book. This is what a YA book should be – authentic, humorous, and alive with people and places and ideas that stick to the ribs and make the reader want to do better.

“The only thing I know is that caring for
a trailer park is not the meaning of life.”

From the opening scene (cue Monty Python again: “I’m not dead yet!”), readers will be laughing at the dark humor of Grandma’s demise. This pivotal event, well…series of events, are what set the stage for the rest of the book as Ray and his family deal with Grandma’s final Will and Testament and required hoop-jumping – namely, Ray must identify the meaning of life to get his substantial inheritance.  Granny was no dummy and knew Ray would need some help, and so she spent a sizable chunk of money hiring life-coach guru, Dalen Anders.

“If I see farther than others, it’s only because I stand on the shoulders of those wiser than myself. No teacher relies on what they figure out themselves. Wisdom is wisdom. Second-hand wisdom is like second-hand gold. It holds whatever value is ascribed by its holder.”

Dalen Anders! His lines are some of the cheesiest and most fabulous in the book. Dalen is one of my favorite characters, and it is refreshing that Dalen, as well as other adults in the story, are integral to Ray’s life and his growth. They are all marvelously flawed but realistic characters that enrich the story where so many other YA books omit, downplay the importance of, or represent adults as idiots.

“I wear a clean pair of jean shorts with paint spatter and an
unstained but moderately malodorous tee-shirt with
a Dalek on the front. Under it are the words You are irrelevant.”

Author Michael F. Stewart has the gift for painting perfect snapshots of life and people in his rich, colorful, and humor-infused descriptions. Stewart is an outstanding storyteller, and at its core, Ray Vs the Meaning of Life is a beautiful story because what happens in Ray’s life is the human experience for all of us. Ray’s quest to find the meaning of life has an impact on everyone else’s lives, and so Grandma’s final directive ends-up helping everyone else figure out what’s important in life, too. What makes the book even more perfect is that once Ray’s eyes are opened to what it means to put others first and give of self, he STILL doesn’t put two and two together. Even though I was disappointed with the big reveal of Grandma’s definition of the meaning of life, it really is the perfect, most realistic ending there could be, and the epilogue left me grinning.

ABOUT THE NARRATION: Kevin Clay NAILS IT. From voicing Grandma (Think Vicki Lawrence’s as Mama from the Carol Burnett show. Hilarious!) to teenager Ray to the backwoods accents of the trailer park residents to the righteousness of Dalen, Clay makes each character unique and memorable. Whether the character is male or female, young or old, his delivery is perfection, and this book is one of the few which doesn't need the listening speed increased. A quick search reveals Clay’s narrated a ton of books – including some by one of my favorite authors, Preston Child – so I am excited to listen to more of his performances.

Thank you to the author and Audiobookworm Productions for providing me an audio download in exchange for my honest opinion – the only kind I give.

I received this audio book as part of my participation in a blog tour with Audiobookworm Promotions. The tour is being sponsored by Michael F. Stewart. The gifting of this audio book did not affect my opinion of it.

5 WINNERS EACH GET A FREE AUDIO BOOK OF
RAY VS THE MEANING OF LIFE
VIA AUDIBLE!
September 30-October 7, 2018
(Open Internationally) 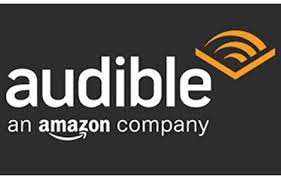 Ray Vs the Meaning of Life Giveaway: Free Audiobook

Oct. 4th:
What Emma Read Next