Written By, Narrated By, and Published by:

┅┅┆┆┅┅┆┆┅┅┆┆┅┅
A NOTE FROM HALL WAYS: YES, I am featuring this book on my blog for the third time -- it's that good. Get it in print, get it in audio, get it in both formats...but GET THIS BOOK.
┅┅┆┆┅┅┆┆┅┅┆┆┅┅

In this gripping memoir, Danuta Pfeiffer grew up with parents as extraordinary as they were flawed. John and Patricia Rylko and their three children lived a nomadic life following the seasons to accommodate John's work as a gifted sculptor during the summers and as a philandering ski instructor in the winters. They lived in a circus tent, built their first cabin, and lost it for a dollar.

John Rylko flaunted his charm as a story teller, entrancing all who listened of his wartime glories as a Polish soldier and his silver medals in the 1936 Winter Olympics, while Patricia, a nurse, pulled double shifts at hospitals, hitchhiking to work and feeding her family off the land with roadkill deer and blackberry pies.

Those times of resiliency would have to sustain Danuta when she was raped and secretly gave birth to a baby. She escapes her enraged father on a daring journey to Alaska during the storm of the century.

Through betrayals and loss and her search for redemption, she becomes the unlikely co-host to a television evangelist bent on becoming the president of the US. When her past catches up to her, she is caught in the crosshairs of politics and religion. In a gutsy move, she abandons Christianity during a bicycle ride from Canada to Mexico and unravels her father's hidden life in the Carpathian Mountains of Poland, only to discover her own life hidden in the folds of resiliency, tenacity, and grit.

Danuta (Soderman) Pfeiffer was a national radio and television broadcast journalist, columnist, and talk show host for 35 years. She is the author of 4 books; her first book, Watersafe Your Baby in Six Days, was the first book on teaching water survival skills to infants, and the first to be endorsed by the American Red Cross.

Danuta has been a Water Safety Instructor, a ski instructor, scuba diver, and long-distance bicycle rider, and once called the "most visible woman in modern Christianity today." She was known as the popular co-host of The 700 Club with Pat Robertson. (Her new book, Chiseled, can explain that.) But Danuta returned to her liberal roots expressing her Progressive views as a radio talk show host on radio stations affiliated with Air America.

She was the inspiration behind the Men of the Long Tom Grange Calendar, America’s first international nude spoof calendar that raised over $650,000 for the Junction City School District.

She was the founder of the Oregon Country Trails, Oregon’s first branded, agri-tourism system, representing businesses and attractions in rural Oregon. She served two years on the Oregon Travel Experience Board, appointed by Governor John Kitzhaber, and for over 20 years has chaired or volunteered at the annual Long Tom Grange Daffodil Drive Festival.

Danuta and her husband Robin own and manage Pfeiffer Winery and Vineyards in Junction City, Oregon--one of most reputable vineyards in the state, and one of the first wineries to be solar-powered. Their wine isn’t bad, either. Their 2007 Blue Dot Reserve Pinot noir was served during a private presidential dinner.

Today, she and Robin can often be found sharing their love of wine with friends and family at their winery, swimming in their country pond with their yellow labs, or sipping wine and watching for the first bats to fly at sunset at the top of their vineyard.

HALL WAYS REVIEWS: While I wasn't a reviewer on this tour, I had to be a part of it because the book is so wonderful. To read my reviews...

Spoiler Alert: I gave the book 5 Stars in both reviews. 😊 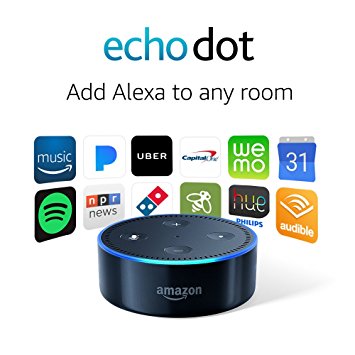