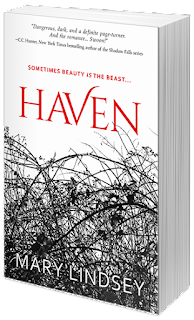 "We all hold a beast inside. The only difference is what form it takes when freed."

Rain Ryland has never belonged anywhere, He’s use to people judging him for his rough background, his intimidating size, and now, his orphan status. He’s always been on the outside, looking in, and he’s fine with that. Until he moves to New Wurzburg and meets Friederike Burkhart.

Freddie isn’t like normal teen girls, though. And someone wants her dead for it. Freddie warns he’d better stay far away if he wants to stay alive, but Rain’s never been good at running from trouble. For the first time, Rain has something worth fighting for, worth living for. Worth dying for.

Ancient magic and modern society collide in a sexy, spellbinding romance perfect for fans of C.C. Hunter and Maggie Stiefvater that proves sometimes beauty is the beast…

REVIEW
"Fear makes people crazy. Get enough crazy people together and the insanity makes sense in some bizarre way, and the weaker ones will follow authority, even if it's out of control."

HALL WAYS REVIEW: ✪✪✪✪ Having not read the buzz about the book before I started reading it, I enjoyed discovering and uncovering things about Haven alongside the main character, Rain.  I am not sure I even knew there was a paranormal element, but Lindsey quickly built up the feeling that the story was going that direction. Initially, the town of Haven gave me a delicious Harvest Home (Thomas Tryon) vibe, but once the characters were introduced, it moved into a Lost Boys-like feeling and then very Twilight-ish. Even though it is not long before the type of paranormal is revealed (no spoilers here), one of the best aspects of Lindsey’s writing is how she sprinkles those hints around like little seeds waiting to grow into a new plot piece.

Main character Rain is a complex character.  He is intelligent and introspective – some of the best dialogue is what he says in his head versus what comes out of his mouth. Even the very simple exchanges amused and enlightened.

His street smarts give Rain an added dimension – and maybe that’s why I am a little more tolerant of his emotions. Perhaps since he has been starved for love until he gets to Haven, he more easily goes all in with his heart. He survives by trusting his instincts, but he also makes decisions that place him in great danger and values pretty much everyone else’s lives ahead of his own. At times, he is very teenaged boy being ruled by his desire; at other times, he is very adult in assessing what’s going on around him – until he goes teenaged boy again and talks about what’s happening in his pants. And let’s talk about that.

There is a lot of sexual tension in this book, and I think there is a lot of sex. Lindsey (happily) tiptoes around it, but this causes problems for me with the book being YA. As an adult reader, it’s obvious that Rain and Freddie are having sex and it explains Rain’s fierce loyalty and willingness to die for Freddie. (cue the teenaged boy). However, it feels a bit too sexual for readers on the younger end of YA, but it is too tame to be NA, which puts the book in limbo. Rain and Freddie (un)clearly become lovers, but his sometimes sexually aggressive behavior towards Freddie is a little troubling. Without a peek into the bedroom and an understanding of the sexual relationship, readers don’t have the context or possibly the maturity needed to deal with, for example, a male forcefully placing a female's hand upon his crotch.  In this story, it’s treated as an okay thing to do – and for these two lovers, it may have been. In life? Often not. We need context. Too much is implied for some of the sexual scenes to safely work for a young audience.

Of course, I love the Texas town setting and the backdrop of Enchanted Rock, a truly magical, mystical place in its own right. Lindsey’s character and world building are rich and intriguing, and she has some outstanding secondary characters (Petra!!) who make the story pop. And what of the elusive category of characters, the revenants, whose existence are just a cruel tease to the readers?

Haven got me in trouble because it CALLED to me when I needed to be doing other things for other people. It’s well-written, well-edited, and weaves an immersive tale that traps the reader. While the cheesy factor gets a little heavy for me in the last tenth of the book, it’s unfair to call something silly or judge something as unrealistic when we are dealing with fantasy. Anything goes, and Mary Lindsey puts her own definition and stamp on the fascinating people and world of Haven.

*SIDE NOTE: Whoa! What a great decision to change the cover and title of this book from its original – check out my cover reveal post from seven months ago! It was a complete mismatch to the story whereas the new cover and title are perfect.

Thank you to Entangled Teen and NetGalley for providing me an eBook in exchange for my honest opinion -- the only kind I give. 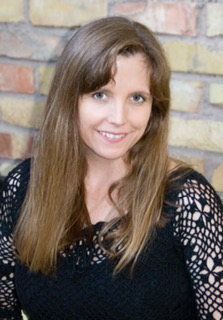 Mary Lindsey is a multi award-winning, RITA® nominated author of romance for adults and teens. She lives on an island in the middle of a river. Seriously, she does. When not writing, she wrangles her rowdy pack of three teens, two Cairn Terriers, and one husband. Inexplicably, her favorite animal is the giant anteater and at one point, she had over 200 "pet" Madagascar Hissing Cockroaches. The roaches are a long story involving three science-crazed kids and a soft spot for rescue animals. The good news is, the "pet" roaches found a home... somewhere else.
Website | Blog | Twitter | Facebook | Instagram | Pinterest | Goodreads